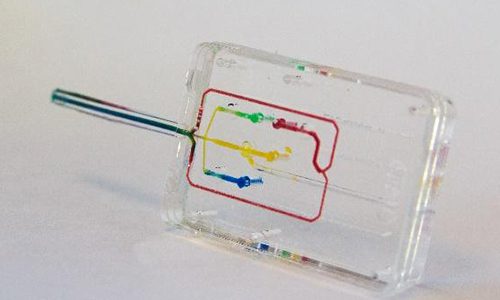 A privately held biotechnology company, Aspect Biosystems is focused on 3D bioprinting and tissue engineering and boasts that its proprietary Lab-on-a-Printer platform is enabling advances in research into diseases and therapies — as well as regenerative medicine.

Lab-on-a-Printer includes a growing portfolio of disposable and modular microfluidic printhead cartridges. Each of the cartridges has what the company describes as sophisticated tissue design features. Coaxial-flow focusing allows for a cell-laden biological fiber to be generated within the printhead cartridge and patterned into a 3D structure. The company says on its website: “This unique 3D printing mechanism opens entirely new doors in the design of 3D printed tissue by allowing multiple different cell types to be precisely located or combined seamlessly during printing.”

Aspect Biosystems announced in September 2017 that it had raised an undisclosed amount in a private financing round led by Pangaea Ventures and including investments by Endure Capital, Pallasite Ventures, Relentless Pursuit Partners and others.