While using a 3-D printer for prototyping, Season Wong, the company’s co-founder, realized that 3-D printers have the components needed to carry out automated nucleic acid extraction and DNA amplification at a fraction of the cost of a commercial instrument. The researchers have been working with entry level printers in the price range of $450-700.

“From there we can control the motors and heaters by feeding G-codes into the 3-D printer,” Wong said. 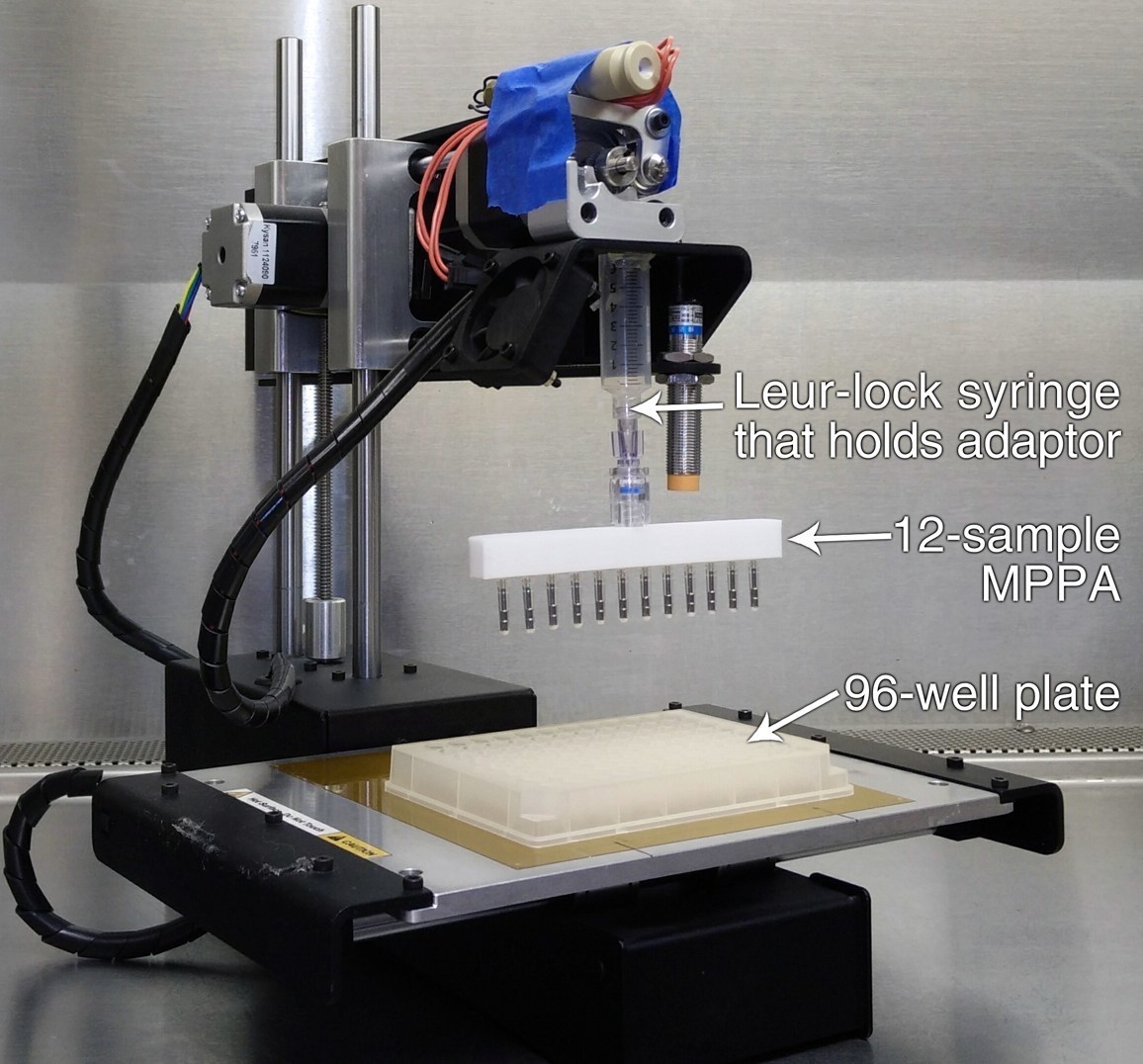 G-code is the computer language used in 3-D printers to control its motors’ positions and other functions. By writing custom programs, the 3-D printer can be programmed to mimic the actions of a sample preparation device.

So far, the modified printer can process up to 12 samples simultaneously in under 13 minutes for nucleic acid extraction.  Furthermore, the team has demonstrated that the DNA extraction efficiency of the 3-D printer is on par with the gold-standard spin-column method.

Most entry-level 3-D printers have one or two heating elements, one at the extruder, and the second at the heated bed. After successfully using the modified 3-D printer for DNA extraction, the company tested the 3-D printer’s capability to amplify DNA.

“Testing the maximum allowed temperatures by the extruder and heated bed confirmed that the heaters can be used for sample incubation, isothermal DNA amplification, and even polymerase chain reaction (PCR) thermal cycling,” said Kamfai Chan, a scientist at the company. “We can maintain the temperature of the heated bed at over 90°C to denature DNA, a critical step needed in PCR amplification of nucleic acids.

The researchers believe that the ability to convert a low-cost 3-D printer into a sample preparation and PCR device opens up opportunities for diagnostics of infectious diseases in resource-limited settings. Moving forward, the company is planning to use the 3-D printer to demonstrate the rapid detection for other infectious diseases and also hope to use this technology to advance STEM education in schools.