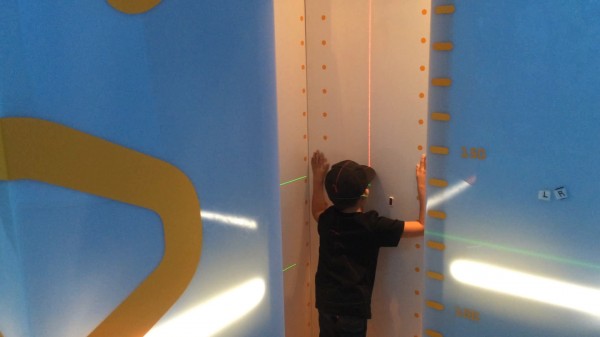 Children’s Hospital Los Angeles announces the availability of the EOS Imaging System, the first technology capable of providing head-to-toe images of patients in both 2D and 3D while using up to 90 percent less radiation than X-rays.

“This new state-of-the-art technology will be of great benefit to the pediatric patients we treat, especially those with spinal conditions like scoliosis that require frequent imaging,” says David L. Skaggs, MD, MMM, chief of Orthopedic Surgery and director of Spine Surgery at Children’s Hospital Los Angeles.

Frontal and profile radiographs are acquired in a single step as the patient stands or sits in the EOS machine. If a full-body radiograph of the entire body is unnecessary, the EOS scan can be targeted to a single anatomical area such as the vertebral column or the leg. The image is acquired by way of a simultaneous body scan using two very fine X-ray beams, with a whole-body scan taking less than 20 seconds to complete. The two resulting low-dose digital images are processed by EOS’s proprietary software to generate a 3D composite image of a patient’s entire skeleton (or part of the body, such as the spine or lower limbs).

“EOS promotes a safer and more precise approach to pediatric care. Not only will patients be exposed to a significantly reduced dose of radiation, but the full body 3D imaging capabilities of EOS will allow our team of specialists to make more accurate diagnoses and more informed treatment and surgical plans,” Skaggs says.

Aracely Rainey and her son Zayden, 5, make frequent trips to CHLA from their Yuma, Arizona home. “We were going to the Phoenix hospital and we weren’t getting the results that we are getting here,” Aracely says.

Since birth, Zayden, who has severe scoliosis, has endured multiple surgeries for his condition. As a result, Zayden had always been apprehensive about going to see the doctor. But after having a magnetic “Magec” rod surgery, doctor visits are a breeze. The ‘Magec’ rod, is a revolutionary procedure in treating pediatric scoliosis patients to reduce the number of surgeries needed to treat curvature of the spine. Initially, the rod is surgically implanted in the patient’s back. Additional surgeries, sometimes twice a year, used to be the norm with scoliosis patients as they grew. But the Magec rod system allows the spine to be lengthened by using a non-invasive magnetic device on the patient’s back. Now when Zayden comes to CHLA, he has a painless experience of correcting his spinal curvature and becoming taller without surgery.

Once Zayden has a Magec rod lengthening, which takes less than two minutes, he gets his spine X-rayed by CHLA’s new low-dose radiation EOS imaging system. Nothing could please his mother more, especially knowing that her son is being exposed to a drastically lower dose of radiation each time he is X-rayed.

“I want to be careful for him so that he can live a healthy life,” says Aracely of Zayden, who gets four X-rays a year and will continue to need frequent imaging until his early 20s when he is fully-grown. “If I have to have my son go through radiation, and now I am putting him through less radiation — it’s a blessing.”

The Children’s Orthopedic Center at Children’s Hospital Los Angeles provides the most comprehensive pediatric orthopedic care in the western United States. Its team of surgeons, nurses, rehabilitation experts, physical therapists, biomedical engineers and numerous other collaborating support staff specializes in every ailment associated with orthopedics including fractures, injuries, spine disorders, neuromuscular weakness, tumors, and hip, hand and joint abnormalities. The program is ranked among the top ten pediatric orthopedic programs in the country by U.S. News & World Report. It speaks to CHLA’s reputation and vigilance in preventing surgical complications, as well as the use of the most advanced and safest technologies to provide expert care to the patients it serves from the local community and from around the world.