Stem cell science has progressed so that researchers can now share recipes for making human retinas–the part of the eye that is sensitive to light. The first protocols enabled the generation of retinal cells in laboratory plates and more recently as complex tissue in the form of tiny eye-like cups. Researchers in Germany now have another efficient way to make 3D retina organoids, which mimic the organ’s tissue organization, from mouse or human stem cells. Their version of “mini-retinas,” published online on March 31 by Stem Cell Reports, offers new perspectives on retina growth, injury, and repair.

“The goal isn’t just to make the closest thing next to a real retina, but also to possibly harness the flexibility of the system to create more diverse ways of studying retina tissue,” says senior author Mike Karl of the German Center for Neurodegenerative Diseases (DZNE). “We need to respect that each protocol is a new beast with different tastes, wrappings, and purposes.” 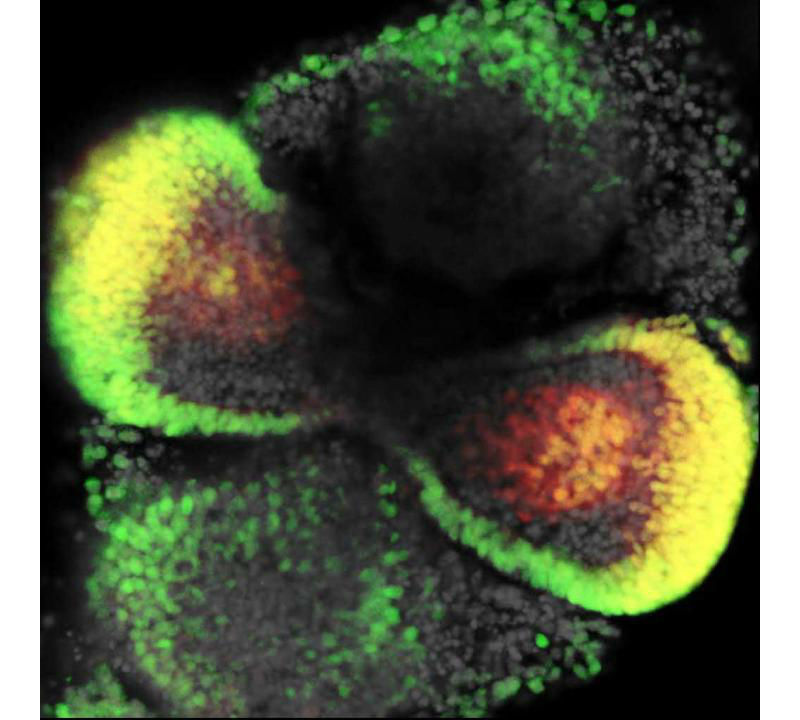 Stem cell technologies have the potential to develop therapies for the treatment of diseases such as age-related blindness, and as clinical researchers work to apply the cells into new therapies, stem cell biologists such as Karl have been working to understand the regeneration of neurons from lower vertebrates to humans, which can aid regenerative medicine in more indirect ways.

For example, the 3D retinal organoids developed in Karl’s lab (an effort led by first author Manuela Völkner) efficiently replicate the formation of the retina. This specifically includes the light-detecting cone cells, which now can be produced in high quantities in their mini-retinas. Cone photoreceptors, which are responsible for high acuity and color vision, are the most precious retinal cell type with regard to potential future cell replacement therapies in patients affected by retinal degeneration.

Karl and colleagues’ comparative studies on pluripotent stem cell-derived human and mouse retina organoids and mouse retina in vivo support the power of the new organoid protocol. “Tissue heterogeneity is a major challenge in organoid systems, and here our work provides new insight, which will help to develop specific organoid-based models, specifically to reliably study retinal disease mechanism,” says Karl, who is also a part of the Center for Regenerative Therapies (CRTD) at Technische Universität Dresden. 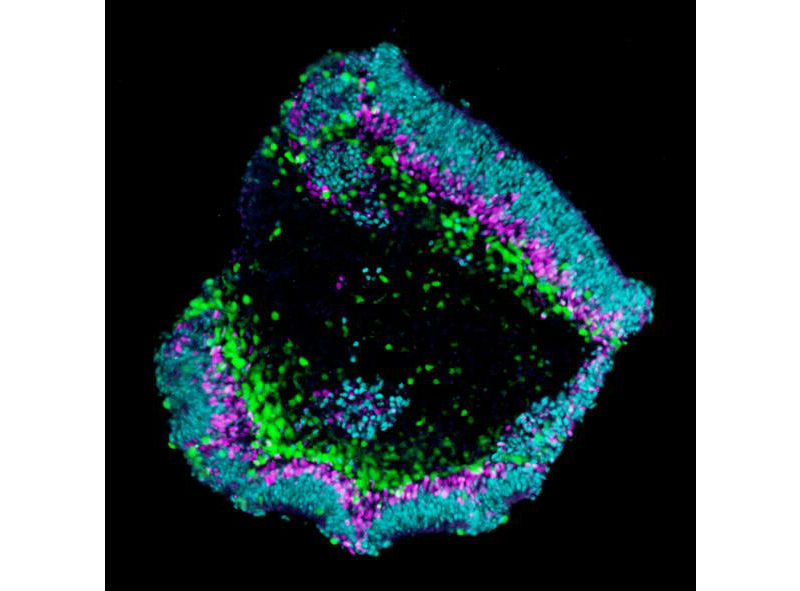 “Even with our new additions to existing organoid systems, we have not yet reached that tipping point of robustness that we need for people without the expertise to grow these models,” says Karl, “By working out the details, we also hope to help those who are not developmentally or stem cell-minded to just go and study what they want.”

The Karl Lab’s change to the mini-retina protocol involves cutting a retina organoid grown from stem cells into three pieces at an early stage of eye development. Each of these pieces, which look like little half moons, eventually grows into the full suite of cells found in the retina, thereby increasing the yield of retinal organoids up to 4-fold compared to previous protocols. A trisection also spurs the surviving organoids to grow to reach sizes similar to uncut organoids. These mini-retinas swim around in the dish and because they’re not attached to a surface, better reflect the structure of retinal tissue during development.

Karl’s next objective is to make his 3D “mini-retinas” even more complex, perhaps by bringing in blood vessels, as well as to use the organoids to study regeneration and the function of different neural cell types–specifically, from the human retina.