Identifying a blood disorder may be as easy as running a blood sample from a finger prick under a smartphone. That is the concept behind a new biomedical device being developed by Kansas State University researchers.

Kim Plevniak, master’s student in biological and agricultural engineering at the Kansas State University Olathe campus, and Mei He, assistant professor of biological and agricultural engineering, are working on a low cost, point-of-care device for home use. Point-of-care devices give the user fast, easy-to-understand results from a test performed outside of a lab, such as a blood glucose test or pregnancy test. 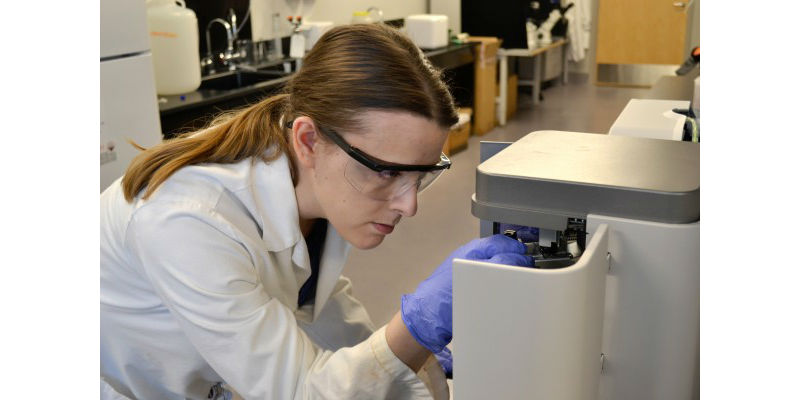 The device is made with a 3D printer and designed to detect anemia for individuals who have limited access to healthcare, such as those living in developing countries. Anemia is a condition in which the blood does not have enough healthy red blood cells to transport oxygen to the body’s organs. It affects 2 billion people worldwide, including more than half of preschool children and pregnant women in developing countries and at least 30 percent of children and women in industrialized nations.

“Anemia is a very prevalent condition in developing countries even though it is easily treated with iron supplements or vitamins and can be prevented with a healthy diet,” Plevniak said. “Often in these developing countries people will have much easier access to smartphones than they will to doctors and trained medical professionals.”

Plevniak has spent nearly a year designing an inexpensive prototype device and test that taps into smartphone access.

The device consists of 3D printed clear plastic slides containing microfluidics that attach to a smartphone. The user adds a drop of their blood to a slide, which is used for a color scale-based test. The test results are produced in less than 60 seconds and can be read using a smartphone, Plevniak said. 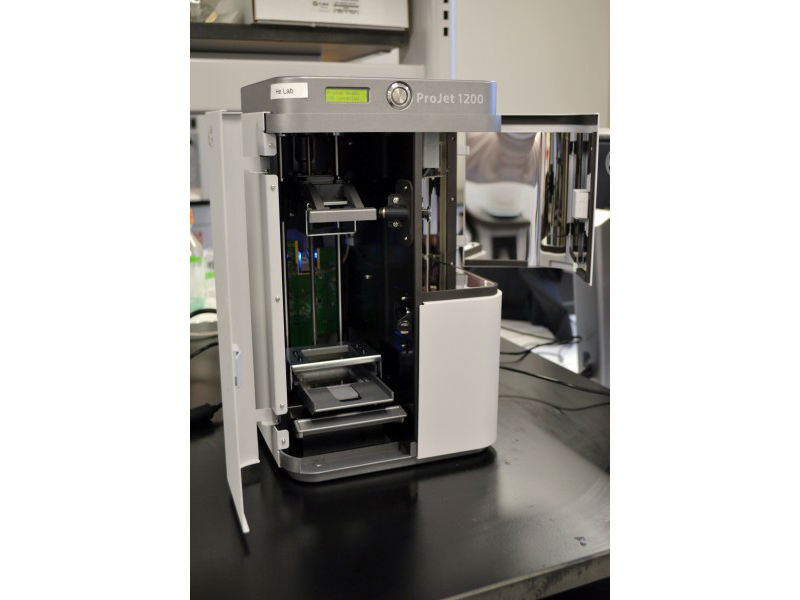 The researchers are developing a companion app with Steve Warren, associate professor in electrical and computer engineering at Kansas State University, that could manage data from the blood sample and even send the results to a doctor.

Plevniak and He recently received approval to begin receiving and testing patient samples from the University of Kansas Medical Center. This will help researchers optimize the device for diagnosing different levels of anemia in human blood.

An invention disclosure for the proof-of-concept device has been filed with the Kansas State University Research Foundation, a nonprofit corporation responsible for managing technology transfer activities for the university.