Using sugar, silicone and a 3D printer, a team of bioengineers at Rice University and surgeons at the University of Pennsylvania have created an implant with an intricate network of blood vessels that points toward a future of growing replacement tissues and organs for transplantation.

The research may provide a method to overcome one of the biggest challenges in regenerative medicine: How to deliver oxygen and nutrients to all cells in an artificial organ or tissue implant that takes days or weeks to grow in the lab prior to surgery.

The new study was performed by a research team led by Jordan Miller, assistant professor of bioengineering at Rice, and Pavan Atluri, assistant professor of surgery at Penn. The study showed that blood flowed normally through test constructs that were surgically connected to native blood vessels. The report was published in the journal Tissue Engineering Part C: Methods. 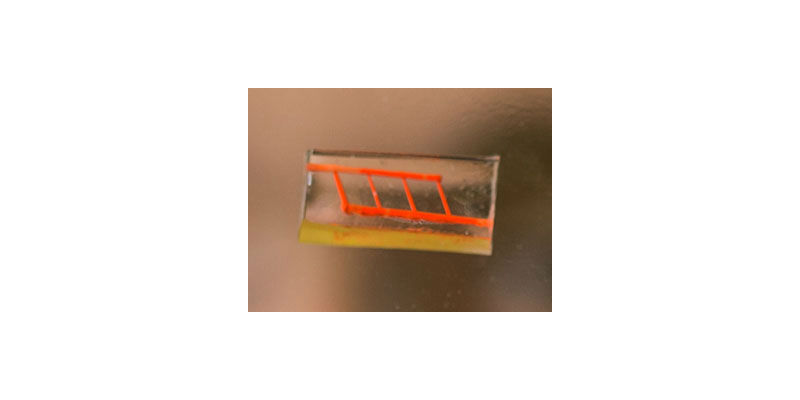 Miller said one of the hurdles of engineering large artificial tissues, such as livers or kidneys, is keeping the cells inside them alive. Tissue engineers have typically relied on the body’s own ability to grow blood vessels — for example, by implanting engineered tissue scaffolds inside the body and waiting for blood vessels from nearby tissues to spread to the engineered constructs. Miller said that process can take weeks, and cells deep inside the constructs often starve or die from lack of oxygen before they’re reached by the slow-approaching blood vessels.

“We had a theory that maybe we shouldn’t be waiting,” Miller said. “We wondered if there were a way to implant a 3D printed construct where we could connect host arteries directly to the construct and get perfusion immediately. In this study, we are taking the first step toward applying an analogy from transplant surgery to 3D printed constructs we make in the lab.”

Miller and his team thought long-term about what the needs would be for transplantation of large tissues made in the laboratory. “What a surgeon needs in order to do transplant surgery isn’t just a mass of cells; the surgeon needs a vessel inlet and an outlet that can be directly connected to arteries and veins,” he said.

Bioengineering graduate student Samantha Paulsen and research technician Anderson Ta worked together to develop a proof-of-concept construct — a small silicone gel about the size of a small candy gummy bear — using 3D printing. But rather than printing a whole construct directly, the researchers fabricated sacrificial templates for the vessels that would be inside the construct. 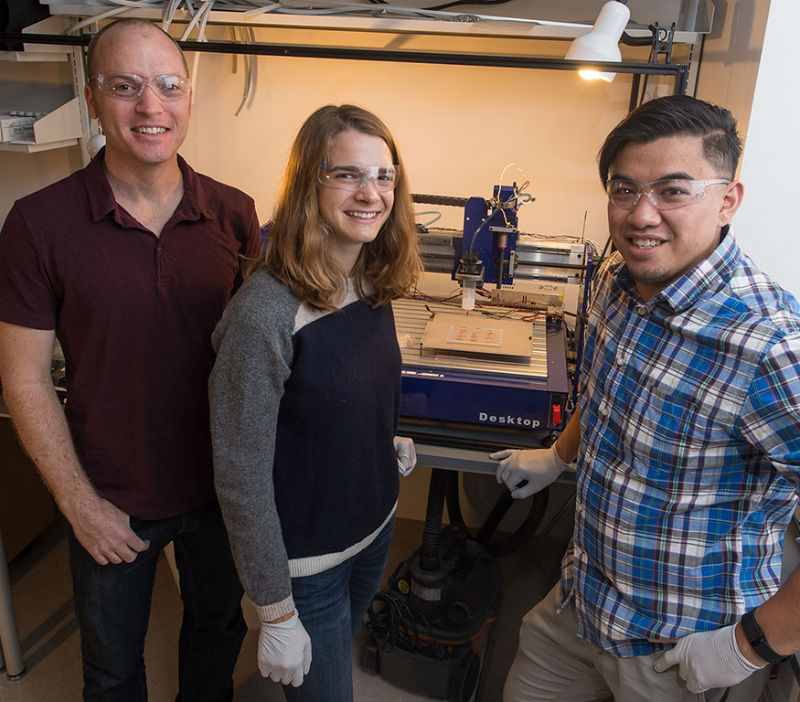 It’s a technique pioneered by Miller in 2012 — and inspired by the intricate sugar glass cages crafted by pastry chefs to garnish desserts.

Using an open-source 3D printer that lays down individual filaments of sugar glass one layer at a time, the researchers printed a lattice of would-be blood vessels. Once the sugar hardened, they placed it in a mold and poured in silicone gel. After the gel cured, Miller’s team dissolved the sugar, leaving behind a network of small channels in the silicone.

“They don’t yet look like the blood vessels found in organs, but they have some of the key features relevant for a transplant surgeon,” Miller said. “We created a construct that has one inlet and one outlet, which are about 1 millimeter in diameter, and these main vessels branch into multiple smaller vessels, which are about 600 to 800 microns.”

Collaborating surgeons at Penn in Atluri’s group connected the inlet and outlet of the engineered gel to a major artery in a small animal model. Using Doppler imaging technology, the team observed and measured blood flow through the construct and found that it withstood physiologic pressures and remained open and unobstructed for up to three hours.

“This study provides a first step toward developing a transplant model for tissue engineering where the surgeon can directly connect arteries to an engineered tissue,” Miller said. “In the future we aim to utilize a biodegradable material that also contains live cells next to these perfusable vessels for direct transplantation and monitoring long term.”