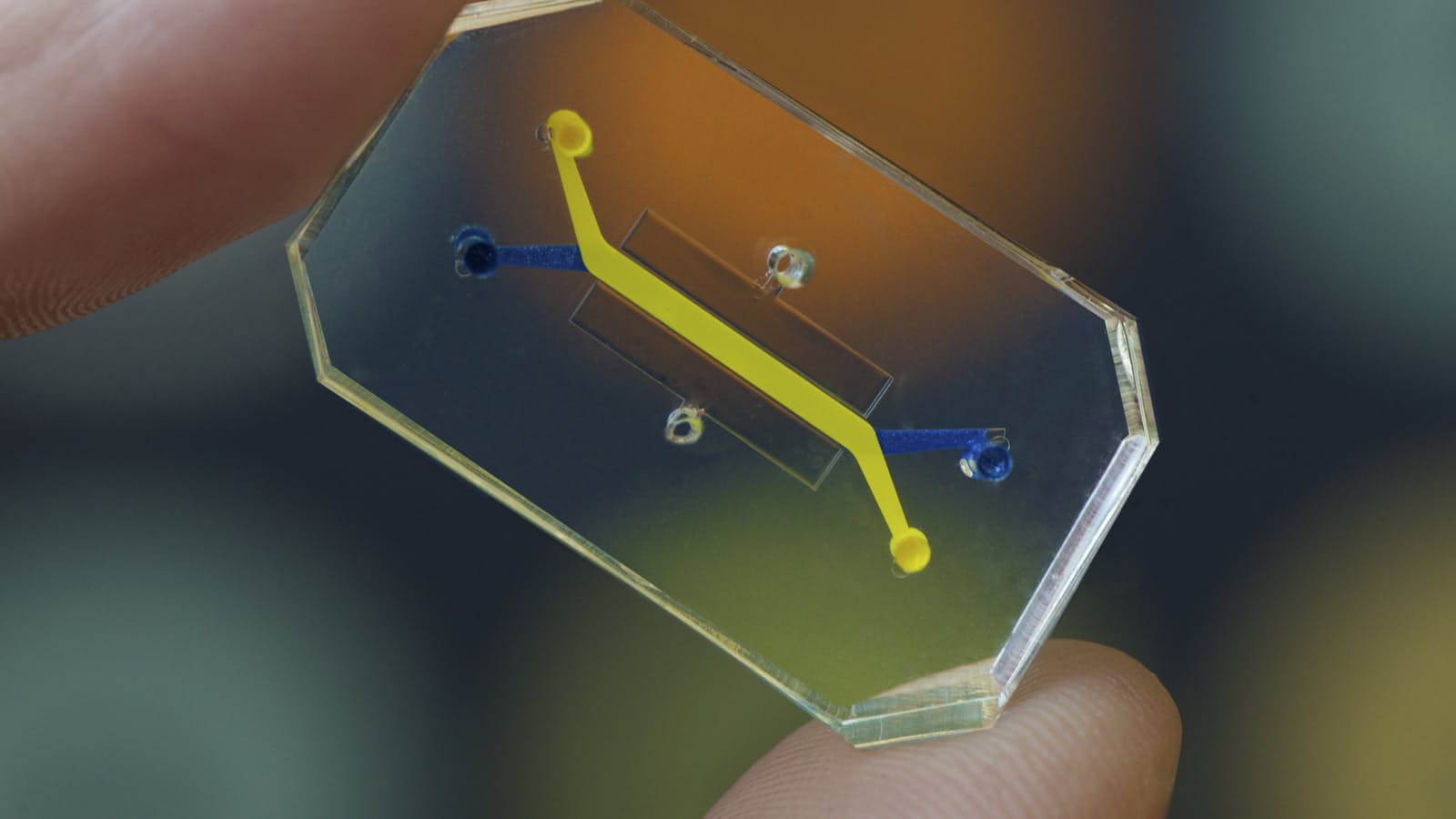 This new approach to manufacturing may one day allow researchers to rapidly design organs-on-chips, also known as microphysiological systems, that match the properties of a specific disease or even an individual patient’s cells.

The research is published in Nature Materials.

“This new programmable approach to building organs-on-chips not only allows us to easily change and customize the design of the system by integrating sensing but also drastically simplifies data acquisition,” said Johan Ulrik Lind, first author of the paper and postdoctoral fellow at the Harvard John A. Paulson School of Engineering and Applied Sciences (SEAS). Lind is also a researcher at the Wyss Institute for Biologically Inspired Engineering at Harvard University.

Organs-on-chips mimic the structure and function of native tissue and have emerged as a promising alternative to traditional animal testing. Harvard researchers have developed microphysiological systems that mimic the microarchitecture and functions of lungs, hearts, tongues and intestines.

However, the fabrication and data collection process for organs-on-chips is expensive and laborious. Currently, these devices are built in clean rooms using a complex, multi-step lithographic process and collecting data requires microscopy or high-speed cameras.

“Our approach was to address these two challenges simultaneously via digital manufacturing,” said Travis Busbee, coauthor of the paper and graduate student in the Lewis Lab. “By developing new printable inks for multi-material 3D printing, we were able to automate the fabrication process while increasing the complexity of the devices.”

The researchers developed six different inks that integrated soft strain sensors within the micro-architecture of the tissue. In a single, continuous procedure, the team 3D printed those materials into a cardiac microphysiological device — a heart on a chip — with integrated sensors.

“We are pushing the boundaries of three-dimensional printing by developing and integrating multiple functional materials within printed devices,” said Jennifer Lewis, Hansjorg Wyss Professor of Biologically Inspired Engineering, and coauthor of the study. “This study is a powerful demonstration of how our platform can be used to create fully functional, instrumented chips for drug screening and disease modeling.”

Lewis is also a Core Faculty Member of the Wyss Institute.

The chip contains multiple wells, each with separate tissues and integrated sensors, allowing researchers to study many engineered cardiac tissues at once. To demonstrate the efficacy of the device, the team performed drug studies and longer-term studies of gradual changes in the contractile stress of engineered cardiac tissues, which can occur over the course of several weeks.

“Researchers are often left working in the dark when it comes to gradual changes that occur during cardiac tissue development and maturation because there has been a lack of easy, non-invasive ways to measure the tissue functional performance,” said Lind. “These integrated sensors allow researchers to continuously collect data while tissues mature and improve their contractility. Similarly, they will enable studies of gradual effects of chronic exposure to toxins.”

“Translating microphysiological devices into truly valuable platforms for studying human health and disease requires that we address both data acquisition and manufacturing of our devices,” said Parker. “This work offers new potential solutions to both of these central challenges.”