As a kid, Michael Sealy was tall. A little clumsy, he says. And he has lasting proof: two metal screws in his left elbow.

The southpaw underwent surgery after tripping and fracturing that elbow in the fifth grade. Surgeons inserted the screws to hold his ulna bone together. The bone healed. The screws remained.

“It starts to hurt,” Sealy said of the elbow. “Sometimes it seems to be correlated with cold weather or a storm front moving in. Other times, it hurts—and of course my wife doesn’t believe me—when I’m doing chores, like carrying in the jug of milk or lifting clothes out of the washing machine.”

Now an assistant professor at the University of Nebraska-Lincoln, Sealy has mixed business with that displeasure by pioneering a novel approach to a decades-long quest.

“Instead of having these permanent metal implants, let’s have one that degrades over time,” he said. “Let’s eliminate this whole idea of a second surgery to have these implants removed.”

It’s a major challenge for multiple reasons. But the university has equipped Nebraska Engineering with technology commensurate to that challenge: the first 3-D printer in the world that can integrate multiple materials and manufacturing processes while also printing highly reactive metals such as magnesium.

In the human body, magnesium is an essential mineral that actually helps maintain the structural integrity of bones. Yet it also degrades quickly when exposed to oxygen, water and salts, all of which are abundant in the body. 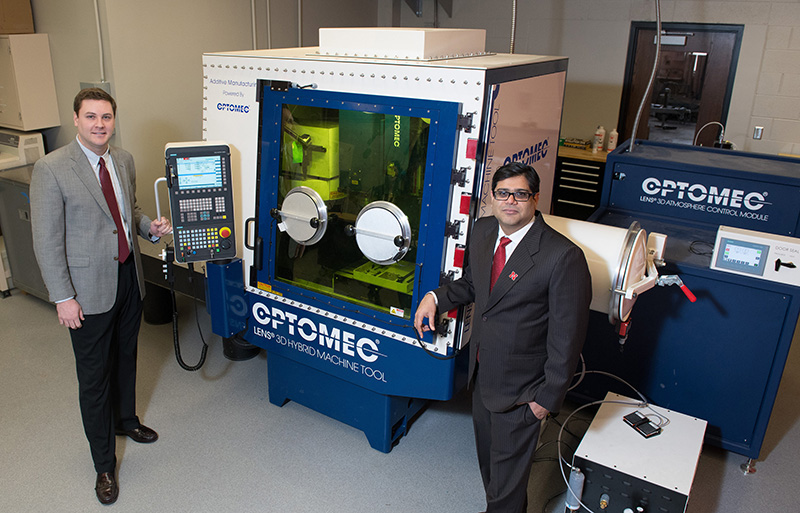 That combination of familiarity and reactivity, Sealy said, makes magnesium a prime candidate to become the primary ingredient in dissolvable screws, plates and other medical implants that could eliminate follow-up surgeries or a lifetime of aches during snowstorms.

To reinforce magnesium against the rigors of the body long enough to serve as an implant, Sealy began experimenting with a technique called laser shock peening as a graduate student.

“That process is equivalent to taking a hammer and hitting your car with it,” he said. “I do the same thing, except that I do it with a laser—the laser’s my hammer—and I hit the implant to essentially make it harder and stronger.”

The laser shock peening helped magnesium withstand initial corrosion tests so well that Sealy began thinking of his dissertation results as “lake-house data, because it was so good that I was going to commercialize the technology and buy a lake house off those results.”

Sealy then began testing the long-term corrosion of magnesium parts in a fluid that simulated the aqueous environment of the body. This time, the results were more sobering: The screws lost 50 percent of their strength after just one week and 80 percent after two weeks. Sealy quickly realized that peening only the surface of the magnesium parts wouldn’t suffice.

“With that, I got ‘cardboard-house results,'” he admitted with a laugh. “That was a little depressing. But that was one of my big motivations for coming to Nebraska. I realized that if I (wanted) to control the degradation of these implants not just on the outer surface, but all the way through the life of the device, I needed to get somewhere with a 3D metal printer that would allow me to print these magnesium implants.”

Not just any 3D printer would do. He needed access to the sort of technology that was only just beginning to emerge. Nebraska Engineering offered him the opportunity to help direct its purchase of three state-of-the-art 3D printers. 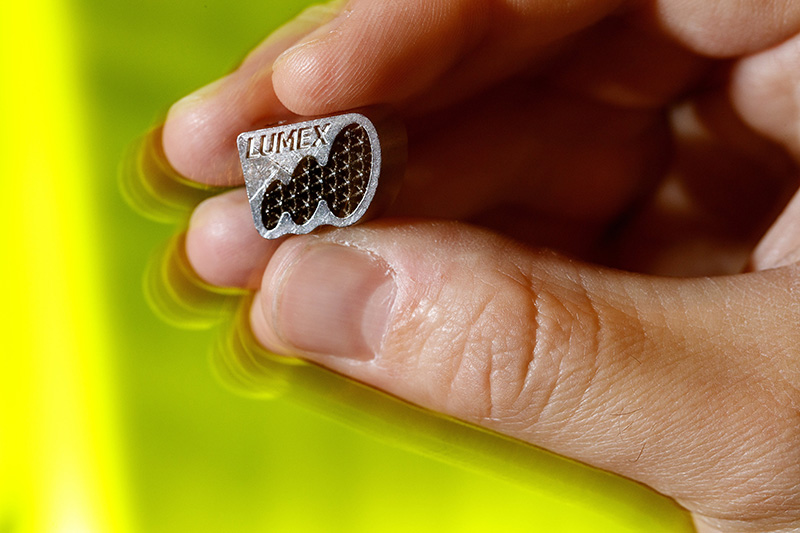 Those printers eliminate virtually all of the oxygen, moisture and other impurities that could react with magnesium—a fairly rare capability in itself. But they also allow Nebraska engineers to construct components layer by layer, which enables Sealy and his colleagues to incorporate multiple materials or build intricate internal structures.

The other major benefit? Being able to apply various manufacturing treatments—including laser shock peening—to any or all of a part’s internal layers.

“Then I can control corrosion all the way through these devices,” Sealy said. “This approach is essentially a way to print your own mechanical properties. It’s something that traditional manufacturing has never really had the ability to do before.

“What’s unique about our printer is that it’s the first one where they actually combined these hybrid- and reactive-printing capabilities. I would argue this is probably the most advanced hybrid-additive manufacturing facility in the world, just because our equipment is so rare.”

With that level of customization at his command, Sealy is now experimenting to answer multiple questions: How does peening individual layers affect the corrosion rate of a resulting part? What’s the optimal concentration of magnesium vs. other metals? Do those outcomes change based on which technique prints the parts?

“That’s kind of the fun part: figuring out what these rules of thumb are for the different printing technologies across different material systems,” he said.

Ultimately, Sealy said, the print-and-peen approach should help him design and construct magnesium implants that degrade at different rates inside the body. One model of clavicle plate or knee pin might degrade within a year, whereas another might dissolve over three or five years.

“If you take me when I was in the fifth grade and broke my elbow, I was regenerating new bone tissue quickly,” Sealy said. “My bones were healing quickly, so I needed an implant that degraded quickly. If someone is a 75-year-old female with osteoporosis who maybe smoked her whole life, she doesn’t regenerate new bone tissue as fast. She may need an implant that degrades slowly. We can do that.”