Zika infections have been confirmed in nine pregnant women in the United States, including one who gave birth to a baby with a rare birth defect, health officials said Friday. All got the virus while visiting or living in places with Zika outbreaks. The Centers for Disease Control and Prevention said it is also investigating 10 more reports of pregnant travelers with Zika.

The U.S. cases add to reports out of Brazil. Officials there are exploring a possible link to babies born with unusually small heads, a rare birth defect called microcephaly that can signal underlying brain damage.

Zika has become epidemic in Latin America and the Caribbean since last fall. The virus — mainly spread by through mosquito bites — causes mild illness or no symptoms in most people. Since August, the CDC has tested 257 pregnant women for Zika; eight were positive and a state lab confirmed a ninth. 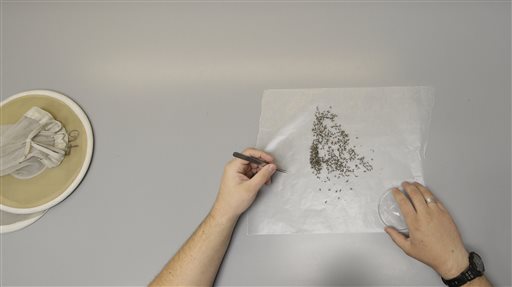 Scientists have been trying to confirm the circumstantial link between mosquitoes and Zika transmission. (Associated Press photo)

Five of the women had Zika symptoms in the first trimester, including the miscarriages, abortions and newborn with microcephaly. In its report Friday, the CDC did not give the women’s hometowns; state health officials have said there were two pregnant women with Zika in Illinois, three in Florida and one in Hawaii, who gave birth to a baby with microcephaly. That mother had lived in Brazil early in her pregnancy.

The CDC said all are U.S. residents, but declined to answer a question on their citizenship. The health agency said the nine women had all been to places with Zika outbreaks — American Samoa, Brazil, El Salvador, Guatemala, Haiti, Honduras, Mexico, Puerto Rico and Samoa. Those destinations are among the 30 places now on the CDC’s travel alert. It recommends that pregnant women postpone trips to those areas.

While the link between Zika and the birth defect has not been confirmed, the possibility has prompted health officials to take cautionary steps to protect fetuses. That includes advice that Zika-infected men who have a pregnant partner either use condoms or abstain from sex.

The CDC also recommends that all travelers use insect repellent while in Zika outbreak areas, and continue to use it for three weeks after travel in case they might be infected but not sick. That’s to prevent mosquitoes from biting them and possibly spreading Zika to others in the U.S. The type of mosquito that spreads Zika is in parts of the South. The CDC has set up a voluntary registry to collect information about Zika-infected women and their babies. Officials have also made Zika a reportable disease.

Research is also underway into a possible link between Zika and a paralyzing condition in adults called Guillain-Barre. The CDC on Friday also updated its investigation into 14 cases of possible sexual transmission of Zika from male travelers to their sex partners in the United States. So far, two cases have been confirmed, four more are probable and two have been dropped, the report said.

Zika is primarily spread by mosquito bites, and transmission through sex was thought to be extremely rare. It’s been surprising that this many instances appear to have happened in the United States, CDC Director Dr. Tom Frieden noted during a call with reporters.

Similarly, the number of U.S. cases involving evidence of microcephaly or brain abnormalities “is greater than we would have expected,” said the CDC’s Dr. Denise Jamieson. So far, 107 travel-related Zika infections have been diagnosed in 24 states and the District of Columbia, including the pregnant woman.