Imagine this scenario: You’re living peacefully with some tech assistance, such as an insulin pump or pacemaker, and then someone hacks into the device and takes control, with potentially deadly results. Scary, right?

Although this nightmare has yet to actually occur, “researchers have been demonstrating for at least a decade that it’s possible,” according to Purdue University. To lock this situation to only our imaginations, engineers at Purdue University are trying safeguard the “Internet of Body” by keeping communication signals within the body.

“We’re connecting more and more devices to the human body network, from smartwatches and fitness trackers to head-mounted virtual reality displays,” says Shreyas Sen, assistant professor of electrical and computer engineering at Purdue University. “The challenge has not only been keeping this communication within the body so that no one can intercept it, but also getting higher bandwidth and less battery consumption.” 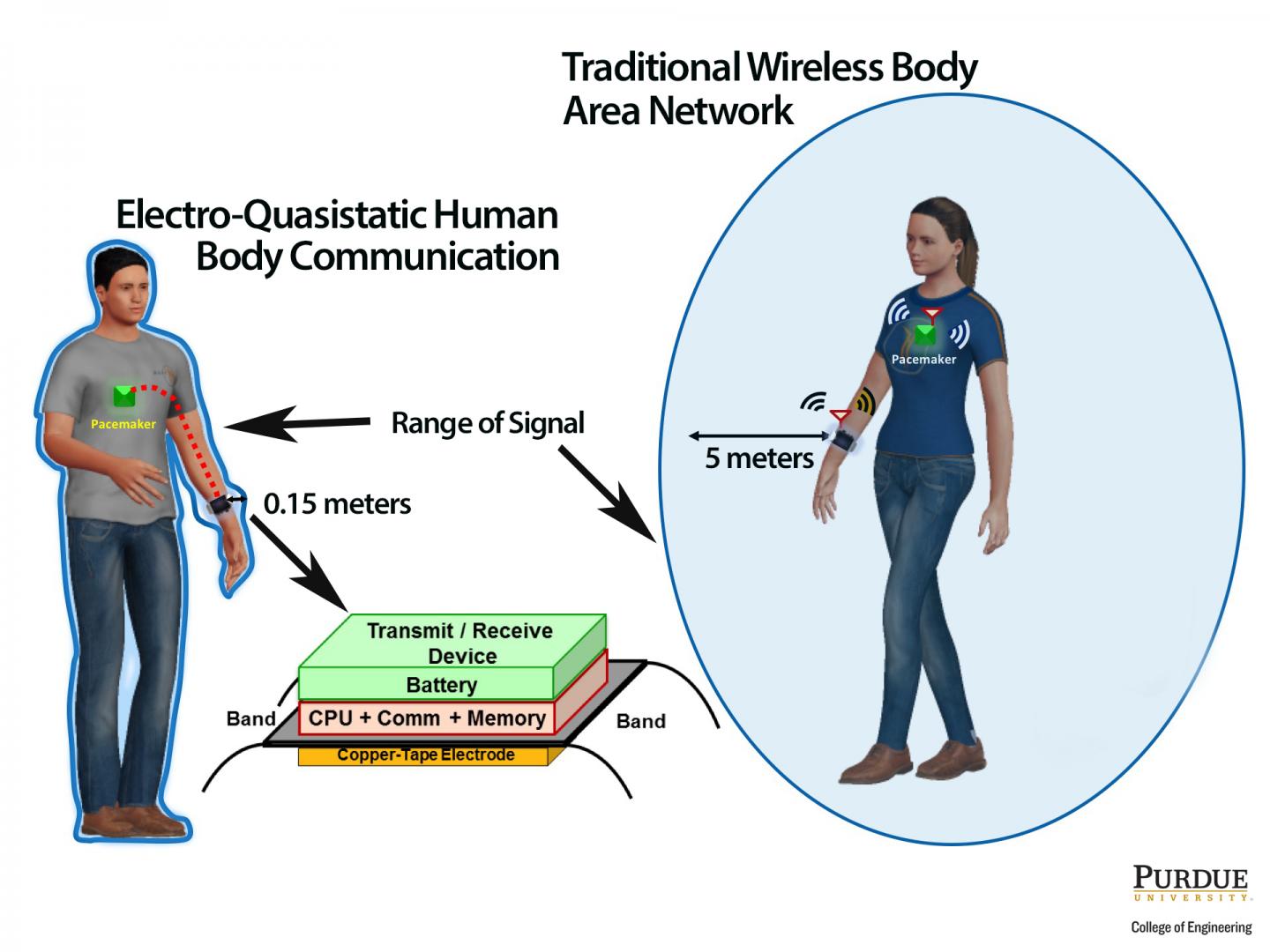 Current tech that sends signals via Bluetooth around the human body can be picked up within a 10-m (32.8-ft) radius. The Purdue team brings that figure down to just a centimeter beyond the skin by using their device, which takes the form of a prototype watch.

Furthermore, the system trumps Bluetooth in energy consumption as well, using 100 times less energy. To achieve these stats, the prototype “couples signals in the electro-quasistatic range, which is much lower on the electromagnetic spectrum,” according to the university.

“We show for the first time a physical understanding of the security properties of human body communication to enable a covert body area network, so that no one can snoop important information,” Sen says. 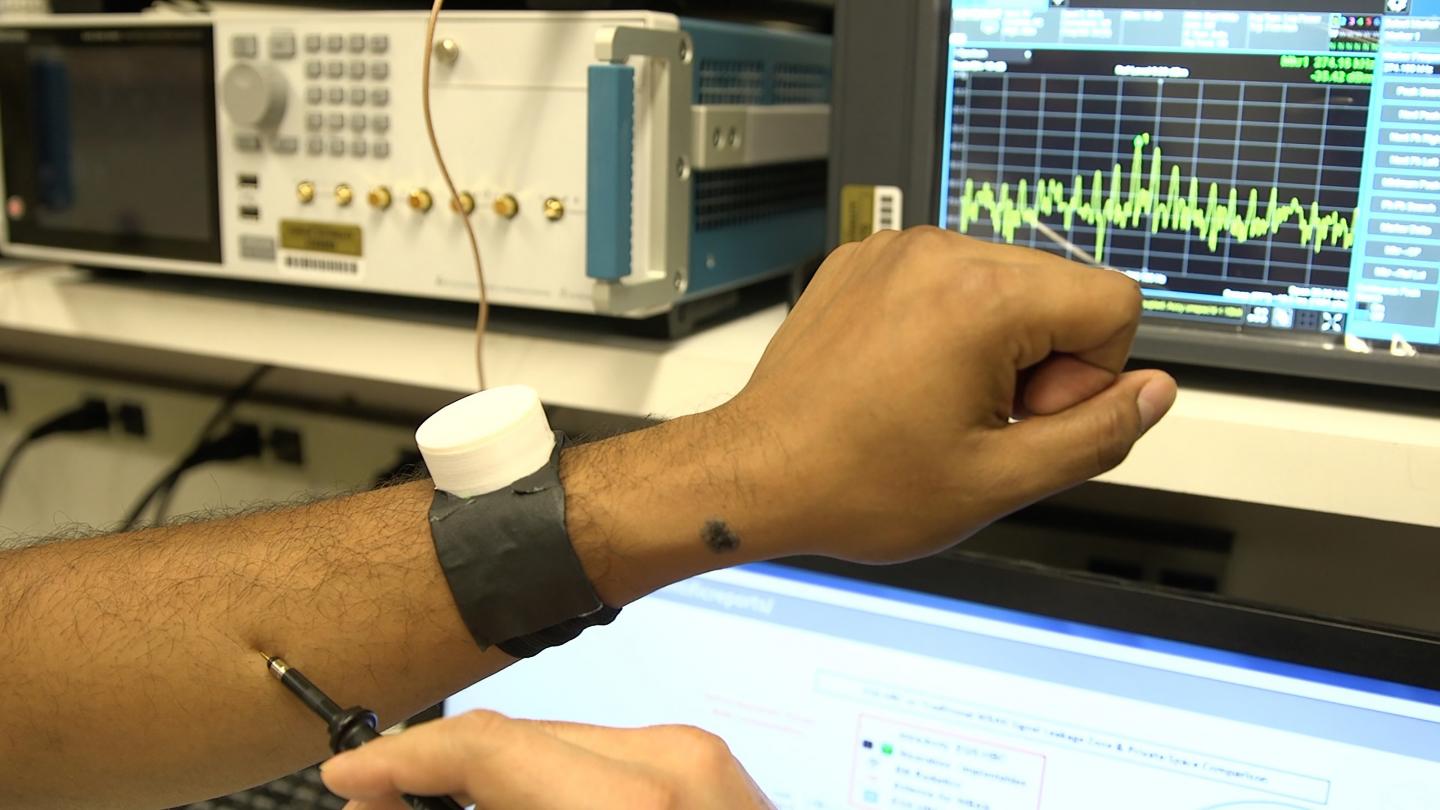 According to Purdue University, “The idea would be to create a way for doctors to reprogram medical devices without invasive surgery. The technology would also help streamline the advent of closed-loop bioelectronic medicine—in which wearable or implantable medical devices function as drugs, but without the side effects—and high-speed brain imaging for neuroscience applications.”