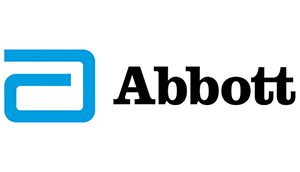 Abbott (NYSE: ABT) has won FDA approval of MR-compatible ICDs – an indication that it could be making good executing on key priorities it inherited when it acquired St. Jude Medical for $25 billion early this year.

The news today “lends incremental credibility to our thesis that ABT can and will have a positive impact on STJ execution,” Stifel analysts indicated in a new report that an Abbott spokesperson shared with MDO and MassDevice. The analysts pointed to the fact that Abbott was able to achieve the approval despite an ongoing, legacy St. Jude Medical Rhythm Management manufacturing warning letter with FDA.

The new MR-conditional label from FDA applies to the Ellipse ICD and the Tendril MRI pacing lead and the Durata and Optisure high-voltage leads.

St. Jude Medical (now Abbott) has lagged behind competitors when it comes to MRI-safe pacemakers and ICDs. Medtronic, for example, won FDA approval in 2015 of its Evera MRI SureScan device, touted as the first MRI-safe implantable cardiac defibrillator approved in the U.S.

There was also speculation last year that the Abbott-St. Jude merger offered an opportunity for competitors because of the management resources it would suck up. “I think both Boston Scientific and Medtronic are licking their lips in terms of potential market share that could come up for grabs,” Piper Jaffray analyst Brooks West said at the time, according to the Star Tribune of Minneapolis.

Abbott, though, has shown this year that it can execute on getting MR-compatible devices onto the market. It won FDA approval in February for magnetic resonance-conditional labeling for its Assurity MRI pacemaker and its Tendril MRI pacing lead, and now there’s the Ellipse ICD news.

“We’re on track with all of our key priorities, including growth contributions from recently launched products and achievement of important regulatory milestones across our pipeline. The integration of St. Jude continues to go very well, and we’re on track to achieve our projected synergy targets,” Abbott CEO Miles White said during a July earnings call with analysts, transcribed by Seeking Alpha.

Stifel analysts in their note today said they aren’t changing their numbers, but said their fourth-quarter –2% CRM growth projection could now prove conservative. The Ellipse approval, they said, is “highly positive on multiple fronts.”

“This approval would seem to have come a few months early relative to management guidance. And, we suspect with the FDA Warning Letter, some more-bearish investors may have anticipated a delay into 2018,” said Rick Wise, Mathew Blackman and Drew Ranieri at Stifel.