With this approval, the Impella RP heart pump is the only percutaneous temporary ventricular support device that is FDA-approved as safe and effective for right heart failure as stated in the indication:

Data submitted to the FDA in support of the Impella RP heart pump PMA included the RECOVER RIGHT FDA-approved, prospective, multicenter, single-arm study, which commenced after the company received FDA investigational device exemption (IDE) approval in November 2012 and concluded in 2014. Since that time, Abiomed completed a Continuous Access Protocol (CAP) as well as a prospective, multicenter post-approval study (PAS). These data were presented in the plenary session of the 2017 Annual Meeting and Scientific Sessions of the International Society for Heart and Lung Transplantation. The Impella RP heart pump is reimbursed by Medicare and other major payers. Abiomed will complete a PMA post-approval study with 60 consecutive patients in Abiomed’s Institutional Review Board (IRB)-approved, FDA audited prospective cVAD Registry. 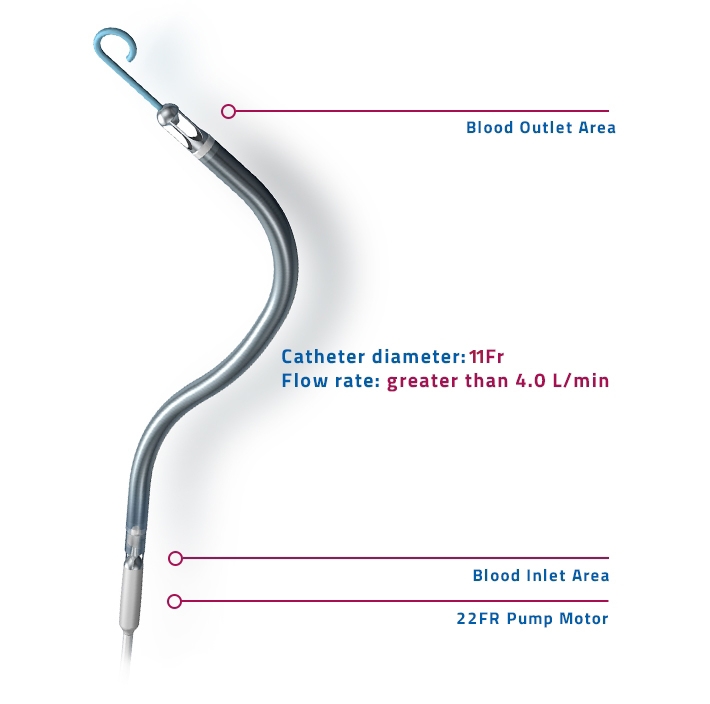 Right Ventricular Failure (RVF) is associated with increased mortality, longer lengths of stay in the intensive care unit and potential end-organ dysfunction. The Impella RP heart pump stabilizes the patient’s hemodynamics, unloads the right ventricle and allows for native heart recovery. Delivered through a catheter requiring only a small hole in the leg, the Impella RP heart pump is designed to provide the flow and pressure needed to compensate for right heart failure. The device does not require a surgical procedure for insertion, and it provides more than four liters of blood per minute for hemodynamic support.

“The Impella RP has opened up a new era in cardiovascular medicine. With its percutaneous, single vascular access, the Impella RP offers physicians a minimally-invasive procedure for patients who have previously had limited options for treatment of right heart failure,” says Mark B. Anderson, MD, FASC, co-principle investigator for the RECOVER RIGHT trial and vice chair of cardiac surgery services and cardiothoracic surgeon to the Hackensack University Medical Group. “The cumulative data from the FDA studies demonstrate that Impella RP potentially offers survival benefits for these critically ill patients in need of hemodynamic support.”

“This latest PMA approval for Impella RP enables physicians for the first time to percutaneously treat a broader population of patients with right heart failure,” says Michael R. Minogue, President, Chairman and CEO of Abiomed. “Abiomed would like to recognize the FDA as well as our physicians, scientists and employees for the extensive clinical research and review that allowed this FDA PMA approval. Abiomed now offers a platform of minimally-invasive devices that support both sides of the heart to enable heart recovery and we are committed to education and training for the entire heart team as we move to full commercial availability.”