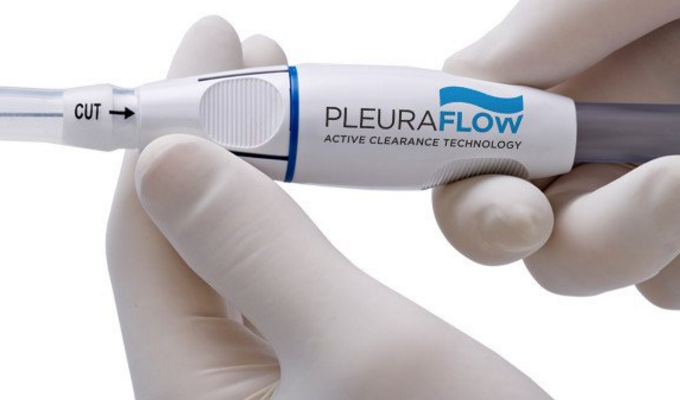 Left ventricular assist devices (VAD) are routinely used to partially or completely replace the function of a failing heart, often as a support measure for patients awaiting heart transplantation. One of the most prevalent events hindering recovery in many patients is early postoperative bleeding, where nearly a third require a return to the operating room for bleeding, and some are unable to undergo closure of their chest immediately after the surgery (known as delayed sternal closure) due to bleeding.

“The results of this study demonstrate a substantial reduction in bleeding complications for this challenging patient population,” said Edward Boyle, MD, the founder and chairman of ClearFlow Inc. “What has been demonstrated is that bleeding complications can be reduced further by simply making sure that drainage of shed postoperative blood is not compromised due to occlusion of chest tubes during the early hours after surgery when coagulopathy is being corrected.”

“This new data represents not only a substantial clinical benefit, but one that is certain to register on at the healthcare economic level,” said Paul Molloy, CEO of ClearFlow, Inc., which sponsored the study. “Healthcare value is a function of maximizing patient outcomes and reducing costs, and this simple intervention is poised to do both in this important population of heart failure patients.”