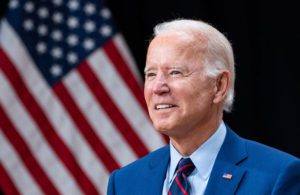 In office barely two months, the Biden administration is winning high praise from leaders of the medtech trade group AdvaMed.

That applies to the new administration’s use of the Defense Production Act for COVID supplies to its deliberation in choosing someone to lead the FDA. It doesn’t hurt that the $1.9 trillion pandemic relief bill that President Biden signed into law today includes $500 million in general-purpose funding for the FDA. How much of that might be directed to the Center for Devices and Radiological Health, which regulates medical devices, remains to be seen.

“The most important thing now is to make sure that the money is spent wisely,” AdvaMed president & CEO Scott Whitaker told reporters at a news conference yesterday.

Whitaker added in a statement after Biden’s prime time address to the country last night: “We look forward to continuing our collaboration with the administration to help save lives, get the economy back on track and return to normal for everyone. I’m so proud of the medical technology industry’s incredible mobilization over the past year, and its tremendous work with the federal government and all 50 states to ensure we’d have the PPE, ventilators, tests, and vaccine supplies necessary to beat COVID-19.”

The trade group’s leaders believe that both the Trump and Biden administrations have wisely used the Defense Production Act (DPA). The DPA gives the federal government extraordinary powers to mobilize resources during a war or national emergency and can be dangerous if it overrides what manufacturers are doing, Whitaker said.

“This administration has been extremely thoughtful in contemplating the power of the DPA and how to use it in a discrete fashion to be helpful,” added Susan Van Meter, executive director of AdvaMedDx, the medical diagnostics manufacturers arm of the trade group, during the news conference.

The association has had good communication with Tim Manning, the former FEMA official whom Biden put in charge of the COVID-19 supply chain. “There is a do-no-harm sentiment there,” Van Meter said. “Any interference with the supply chain can have negative effects.”

Although buzz continues about the White House’s eventual nominee for FDA commissioner, the AdvaMed leaders are in no hurry for Biden to name someone for the job.

Whitaker was assistant secretary for legislation at the Department of Health & Human Services (HHS) from 2001 to 2003 and chief of staff from 2003 to 2005. In the latter role, he was the top liaison to the White House on policy, management, and political matters, involved in the two FDA commissioners’ confirmation process.

“So, when you’re looking at filling a position like that, it’s not an unlimited number of people who are willing to do it,” he said. “You add on top of that that you have to go through the Senate confirmation process. It’s very difficult, especially in a 50-50 Senate. You add on to that, you have a tough job once you get there, and it’s not like people are making a ton of money in federal jobs as well. So, you factor in all those elements to the job, it’s a difficult job to find someone for, and when someone is willing to take the job, I will say for myself, I applaud them and want to do everything I can to help them be successful, at least from our perspective.”

For now, AdvaMed is satisfied that Biden chose FDA veteran Janet Woodcock as acting commissioner because of her experience at the agency and her capacity to bring stability to the office during the transition between administrations, Whitaker said.