In 1980, the world collectively shed not a single tear upon hearing that the scourge of smallpox would likely never take another life. A gargantuan global effort had eradicated the disease in the open (though the virus still survives in government labs). Now it looks as if humanity will be able to close the book on polio, another terrible infectious disease that has wreaked havoc throughout history.

One among the many maladies that remain and take a huge yearly human toll is malaria, a preventable and curable disease that nonetheless remains entrenched in 97 countries, where transmission is often rampant. It’s caused by a handful of species of protozoa in the genus Plasmodium, whose complex life cycle makes them hard to control. That cycle involves infecting mosquitos that then bite humans and slip it into their bloodstream. These humans become reservoirs of the parasite, and pass the infection back to uninfected mosquitos that bite the carrier.

According to the World Health Organization (WHO), around 3.3 billion people are at risk of contracting malaria — just under half of the world’s population. In 2013, there were nearly 200 million cases of the disease globally, and it caused around 584,000 deaths. Ninety percent of cases occurred in Africa, where the disease is endemic in large areas. 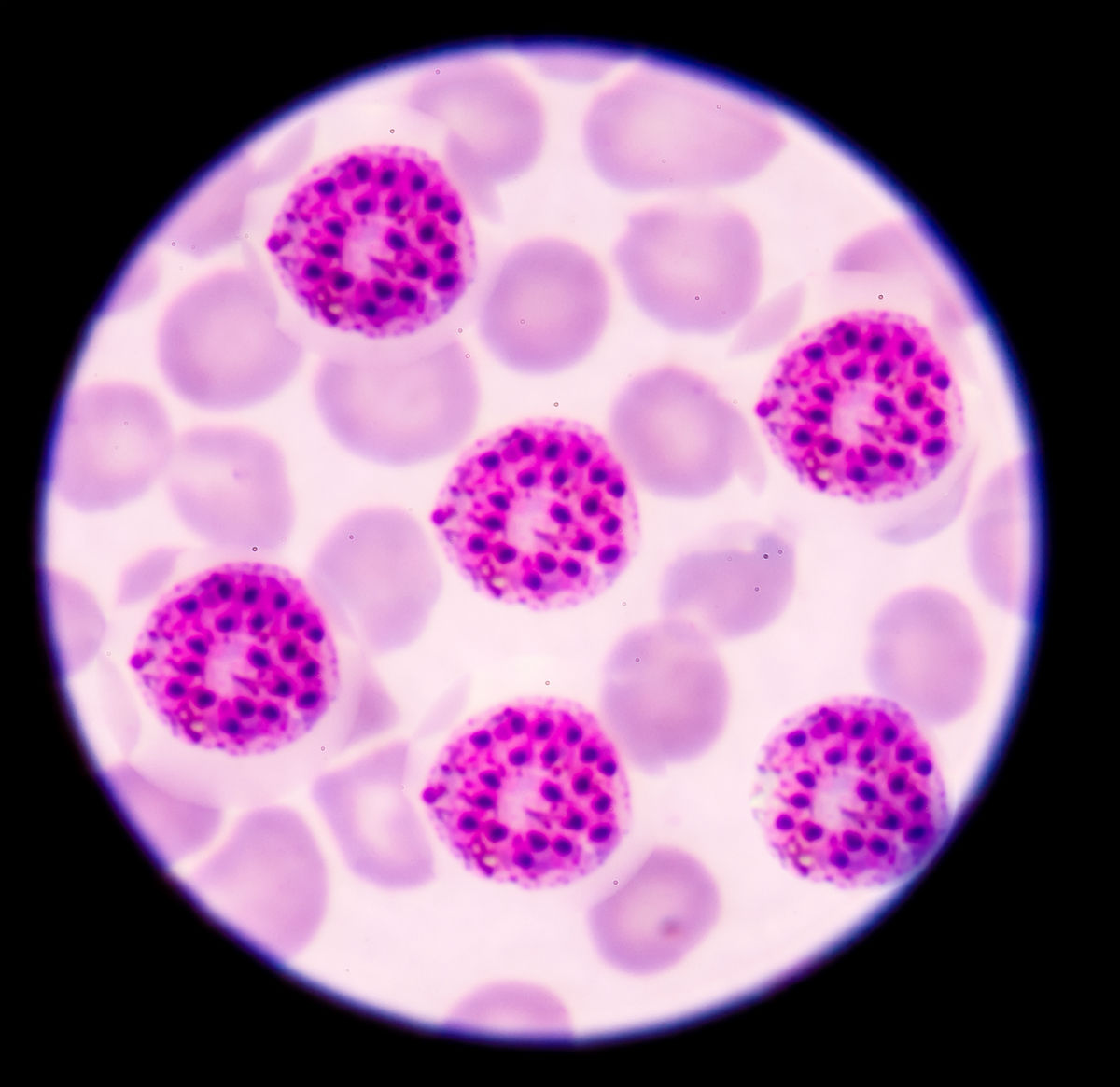 But things are looking up in the fight. The WHO reported that the rate of new cases has fallen by 37 percent and death rates have decreased by 60 percent since 2000, thanks to improvements in prevention, diagnosis, treatment and surveillance. “Based on the progress I’m seeing in the lab and on the ground, I believe we’re now in a position to eradicate malaria — that is, wipe it out completely in every country — within a generation,” Bill Gates wrote late last year. His organization, the Bill & Melinda Gates Foundation, is working toward that goal by boosting its malaria program budget by 30 percent. “This is one of the greatest opportunities the global health world has ever had,” Gates wrote.

But a major hurdle to eliminating the disease resides in one of the peculiarities of malaria infection. Since the single vaccine available confers only partial protection in small children, a person not consistently taking anti-malarial medication must be diagnosed with the disease before being treated. A number of studies have shown that many people who live where malaria is present — up to 60 percent of some sample populations — actually carry the parasite without showing symptoms. These so-called asymptomatic carriers act as disease reservoirs, allowing malaria to circulate.

The trouble is that finding the disease in asymptomatic patients requires serious scientific firepower. To get anywhere near finding most hidden cases, trained scientists and technicians need expensive and complicated tools called thermal cyclers, which help them recognize whether Plasmodium’s genetic material is present in a person’s bloodstream. 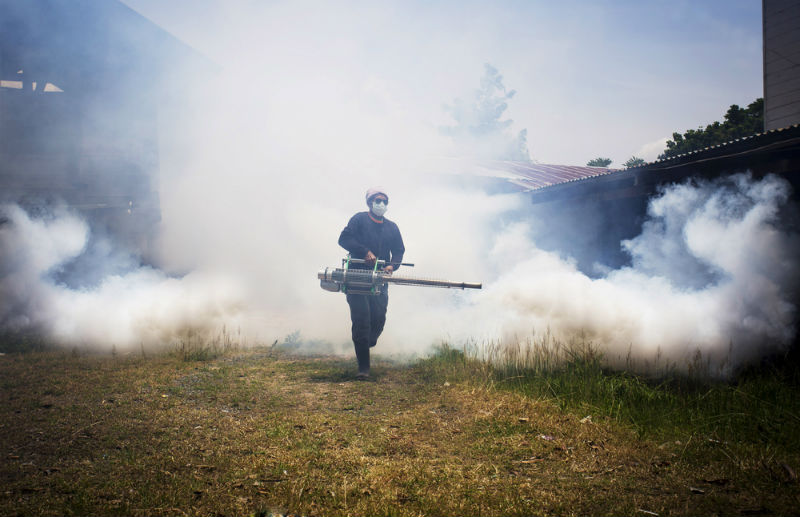 Fumigation is a basic way to fight the disease.

But that type of talent and hardware isn’t necessarily available close to patients in malaria-endemic regions of Africa, South Asia and Central and South America. As a result, the process often takes days.

But that’s about to change. GE has partnered up with Global Good, itself a collaboration between the Gates Foundation and Intellectual Ventures. The two organizations are developing a new paper-based test called a lateral flow assay (LFA), which uses a patient’s blood sample to detect malaria in asymptomatic carriers. When it’s released, the test will be more powerful than existing LFAs, and similarly affordable and user-friendly. “We’re operating under the idea that if you can find those asymptomatic malaria carriers and treat them, then you could eliminate the disease from a region,” says David Moore, the laboratory manager of membrane and separation technologies at GE’s Global Research Center.

In addition to the still-under-development paper-based test, the partners are also collaborating on an electronic test reader that will be backpack-portable and battery-operated.

Like a pregnancy test from a pharmacy, the malaria LFA is designed to identify proteins made by the parasite that are present in the blood, and provides results within minutes. A positive result is indicated by a color change on the bioactive paper. The clinician or technician performing the test will then further analyze the result by the electronic reader to obtain even more sensitive and accurate results. “Today, existing solutions tackle diagnosis in symptomatic patients, albeit sometimes inadequately, but miss infection in asymptomatic patients, resulting in the cycle of infection continuing,” wrote Matt Misner, a materials scientist and project leader working in Moore’s lab. “We expect that the combination of these technologies will stack up to provide the performance necessary to make a real impact on the way malaria is treated. Additionally, when successful, we plan to adapt this diagnostics platform to target other infectious diseases that persist around the world.”

Says GE’s Moore: “Overall, we’re very pleased with the way things are progressing. So far, the results are promising and we’re encouraged by the data we’re getting back.”