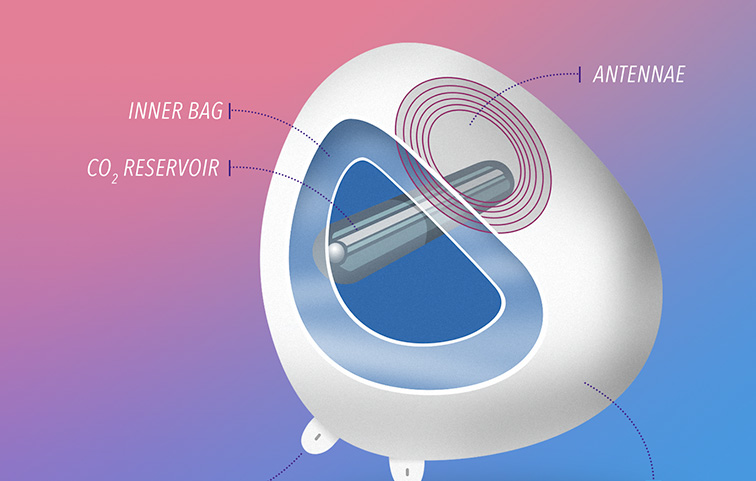 AirXpanders, Inc., a medical device company focused on the design, manufacture, sale and distribution of the AeroForm Tissue Expander System, is providing an update on its full U.S. commercial launch of AeroForm.

It is activated by a handheld wireless controller that administers small amounts of carbon dioxide (CO2) up to three times a day, to gradually stretch the tissue to prepare for a breast implant. With the push of a button from the wireless controller, a preprogrammed amount of CO2 is delivered in seconds, allowing the patient to continue with her daily activities while preparing for reconstruction.

The company has received U.S. Food and Drug Administration (FDA) 510(k) clearance for an enhanced film material that is used to contain the CO2 within the device.

“We are very excited about the FDA’s decision which is consistent with the CE Mark and the TGA approval that we have already received,” says Scott Dodson, president and CEO of AirXpanders. “Plastic surgeons and their patients in the United States are very excited to finally have access to this game changing product for breast reconstruction and we appreciate the FDA’s support in helping us continue to advance the state of the technology.”

Since AeroForm received de novo clearance from the U.S. FDA in December 2016, the Company has made tremendous strides in executing against critical milestones in the U.S. Key accomplishments include:

“The AirXpanders team have performed well against the aggressive goals we set for ourselves for the targeted market release of AeroForm in the U.S.,” says Dodson. “The market response to AeroForm has been overwhelmingly positive and we are thrilled to be able to begin our broader U.S. commercial launch ahead of schedule. We look forward to working with our ‘first users’ to offer AeroForm as an option and elevate the standard of care for women undergoing reconstructive surgery.”

AeroForm is also available in Australia, where it was approved for sale in late 2014.