Amazon is diving into health care, teaming up with Warren Buffett’s Berkshire Hathaway and the New York bank JPMorgan Chase, to create a company that helps their U.S. employees find quality care “at a reasonable cost.”

The leaders of each company, Amazon’s Jeff Bezos, Buffett, and JPMorgan’s Jamie Dimon, offered few details Tuesday and said that the project is in the early planning stage.

“The ballooning costs of (health care) act as a hungry tapeworm on the American economy,” Buffett said in a prepared statement. “Our group does not come to this problem with answers. But we also do not accept it as inevitable.”

The new company will be independent and “free from profit-making incentives and constraints.” The businesses said the new venture’s initial focus would be on technology that provides “simplified, high-quality and transparent” care. 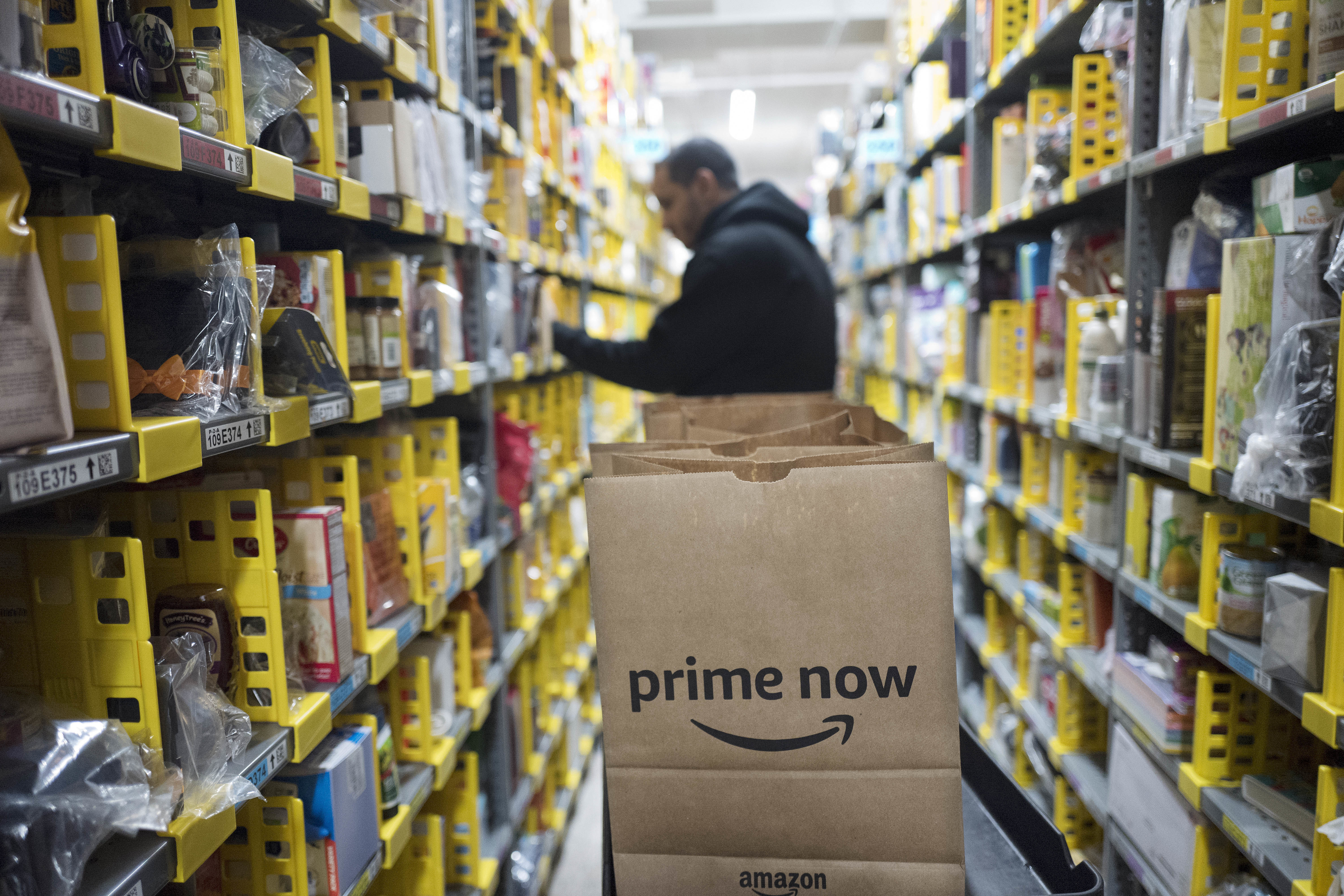 In this Dec. 20, 2017, file photo, a clerk reaches to a shelf to pick an item for a customer order at the Amazon Prime warehouse, in New York. (AP Photo/Mark Lennihan, File)

It was not clear if the ultimate goal involves expanding the ambitious project beyond Amazon, Berkshire or JPMorgan. However, JPMorgan’s Dimon said Tuesday that, “our goal is to create solutions that benefit our U.S. employees, their families and, potentially, all Americans.”

Shares in health care companies took a big hit in early trading Tuesday, hinting at the threat of the new entity to how health care is paid for and delivered in the U.S.

Before the opening bell, eight of the top 10 decliners on the Standard & Poor’s 500 index were health care companies.

The need for a solution to the health care crises in the U.S. is intense. With about 151 million non-elderly people, employer-sponsored coverage is the largest part of the U.S. health insurance market.

Health care costs for companies routinely rise faster than inflation and eat up bigger portions of their budgets. Americans are mired in a confusing system that creates a mix of prices in the same market for the same procedure or drug and offers no easy path for finding the best deal.

Employers have hiked deductibles and other expenses for employees and their families to dissipate the costs, which have hit Americans hard.

Only 50 percent of companies with three to 49 employees offered coverage last year, according to the nonprofit Kaiser Family Foundation. That’s down from 66 percent more than a decade ago. The federal Affordable Care Act requires all companies with 50 or more full-time employees to offer it.

Amazon, Berkshire and JP Morgan say they can bring their scale and “complementary expertise” to what they describe as a long-term campaign.

Amazon’s entry into the health market has been perceived as imminent, even though the company had announced nothing publicly.

It has been watched very closely on Wall Street, which has seen Amazon disrupt numerous industries ranging from book stores to clothing chains.

Amazon, which mostly sold books when it was founded more than 20 years ago, has radically altered the way in which people buy diapers, toys or paper towels. Most recently it has upended the grocery sector, spending $14 billion last year for Whole Foods Market Inc.