Biocompatible nanocapsules, loaded with an amino acid and equipped with an enzyme now combine two anti-tumor strategies into a synergistic treatment concept. Researchers hope this increases effectiveness and decreases side effects. In the journal Angewandte Chemie, the scientists explain the concept: tumor cells are deprived of their nutrient glucose as this is converted to toxic nitrogen monoxide (NO) and hydrogen peroxide (H2O2).

NO is a toxic gas that causes smog. However, in low concentrations in the body it is an important messenger molecule that regulates such things as circulation and libido. It is also an important physiological defense weapon against fungi and bacteria. In higher concentrations, NO is capable of killing tumor cells and increasing the effectiveness of photodynamic and radiological treatments. For clinical use, NO needs to be released in the target area from a biocompatible precursor.

The natural amino acid L-arginine (L-Arg) may be useful in such a system, because the native enzyme inducible NO synthase (iNOS) makes NO from L-Arg. NO is also formed when L-Arg is oxidized by H2O2. This is interesting because the microenvironment around tumors is rich in H2O2. This approach to NO gas therapy is being pursued by researchers at Shenzhen University (China), the National Institutes of Health (Bethesda, USA), and the University of Maryland (College Park, USA). Their special twist is to combine this gas therapy with a method for starving cancer cells in a synergistic treatment. 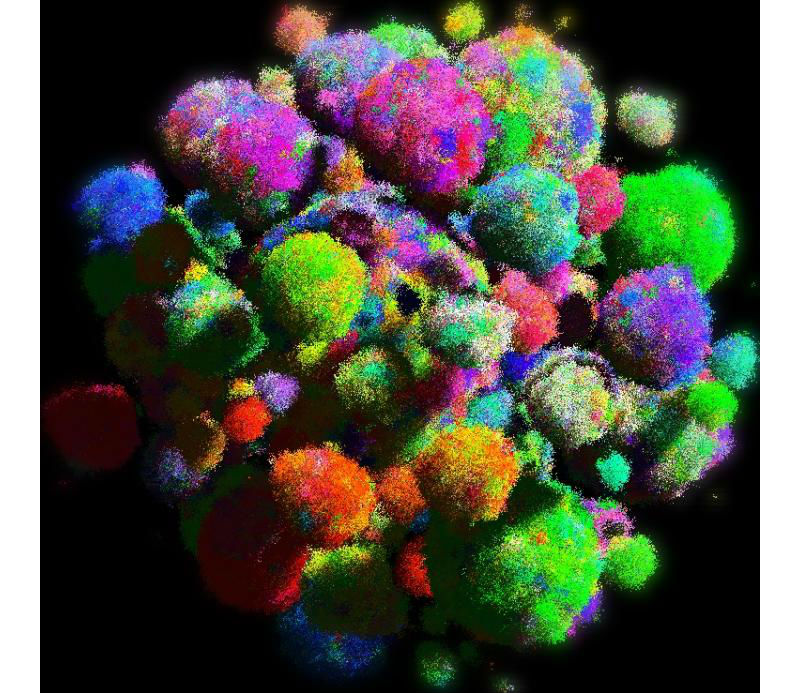 Instead of starving a tumor by blocking the blood vessels that feed it, the researchers intend to remove the glucose that the tumor needs for nutrition by consuming it in a metabolic reaction: the enzyme glucose oxidase (GOx) converts the glucose into gluconic acid and H2O2. The increased H2O2 concentration is a useful side effect, because H2O2 is both cytotoxic and accelerates the release of NO from L-Arg. Another useful side effect is that H2O2 and NO react to form highly toxic peroxynitrites that damage the tumor cells.

The research team led by Peng Huang, Tianfu Wang, and Xiaoyuan Chen has now reached an important milestone in the development of this concept. They have developed biocompatible, biodegradable, porous nanocapsules made of organosilicates that transport GOx and L-Arg into tumor cells simultaneously. GOx is bound to the surface; L-Arg is stored inside the capsule. While the GOx is active immediately after injection of the nanocapsules into the tumor, L-Arg is released little by little, first through the capsule pores, then as the capsule disintegrates. Their large cavity also allows the capsules to serve as an ultrasound contrast material for better localization of the tumor.

Experiments with both cell cultures and mice have demonstrated the significant synergistic effect of this combination therapy, which successfully inhibits cell growth, initiates cell death, and shrinks the tumors in mice.