When the call went out for a doctor on board, the U.S. surgeon general says he gladly stepped in to help with a medical emergency on a commercial flight.

Dr. Jerome Adams, an anesthesiologist, said he assisted someone on a Delta Air Lines jet as he prepared to fly Wednesday to Jackson, Mississippi.

Adams tweeted that a call went out requesting a doctor. 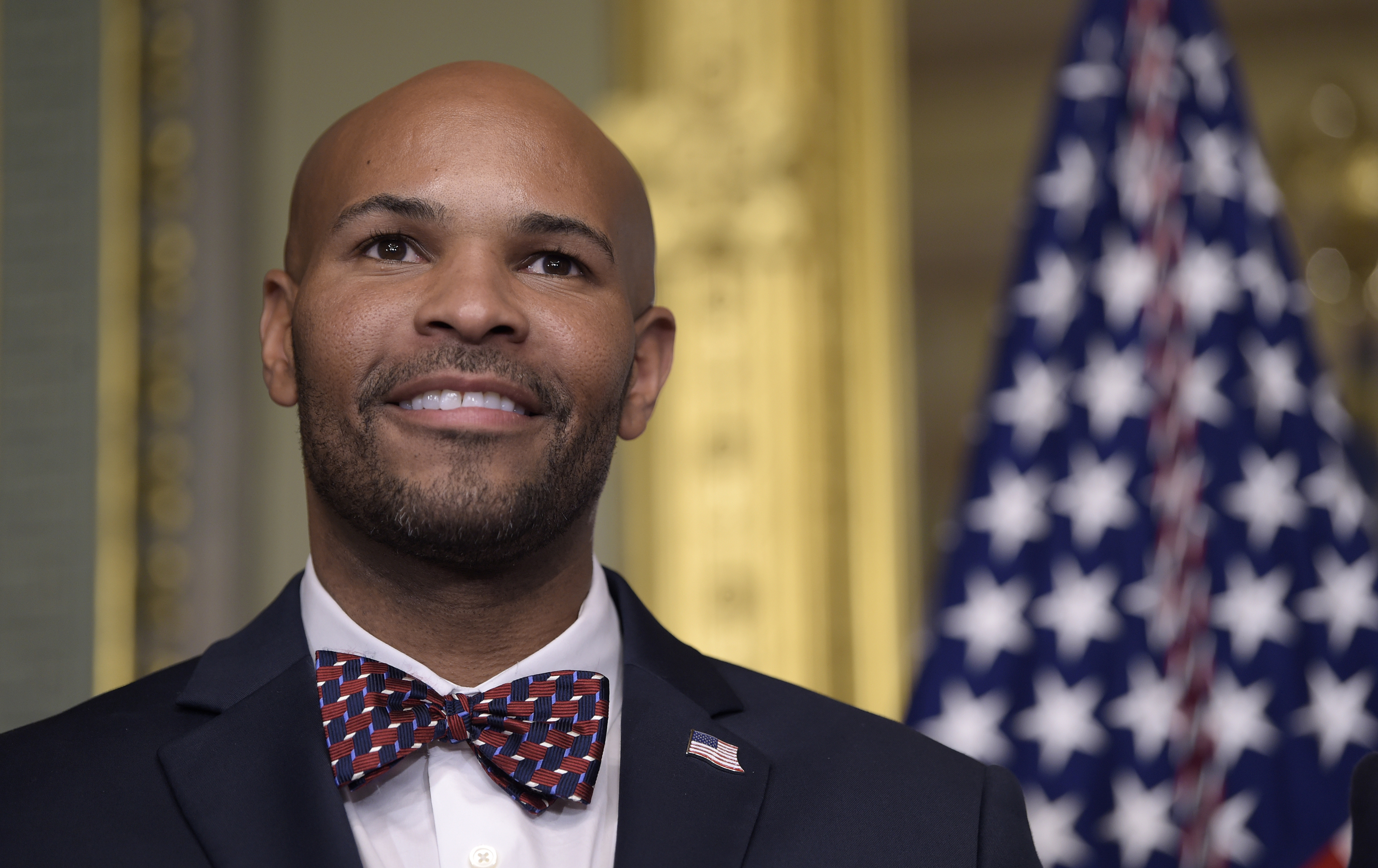 In a Tuesday, Sept. 5, 2017 file photo, Dr. Jerome Adams waits to be sworn in as the 20th U.S. Surgeon General by Vice President Mike Pence in Washington. Adams says he gave assistance to someone on a Delta Air Lines flight Wednesday, May 16, 2018, to Jackson, Mississippi. (AP Photo/Susan Walsh, File)

A person lost consciousness when the plane was on the ground in Fort Lauderdale, Florida, and Adams and two nurses responded, said Kate Migliaccio-Grabill, a Department of Health and Human Services spokeswoman.

The patient woke up, and Adams determined it was best for the plane to return to the gate and for the patient to go to a hospital for further evaluation. Adams also called the patient’s spouse to explain what happened, the spokeswoman said.

Adams tweeted that the patient was doing well and, like a good public health service doctor, he was happy to assist.

Adams was on a flight from Fort Lauderdale to Atlanta to catch a connecting flight to Mississippi’s capital city, where he has public events Thursday, including a panel discussion on opioid abuse.