According to new research from Clutch, Apple is the most popular brand of wearable devices. At 41 percent, Apple Watch is the wearable device that the most people own, ahead of FitBit (35 percent) and Samsung (21 percent) devices.

Of people who own wearables primarily 61 percent own smartwatches, which explains the popularity of the Apple Watch relative to other fitness trackers at 27 percent.

According to Pavlo Bashmakov, director of augmented reality and mixed reality lab for Intellectsoft, some of the advantages Apple has over other competitors in the wearable space include: 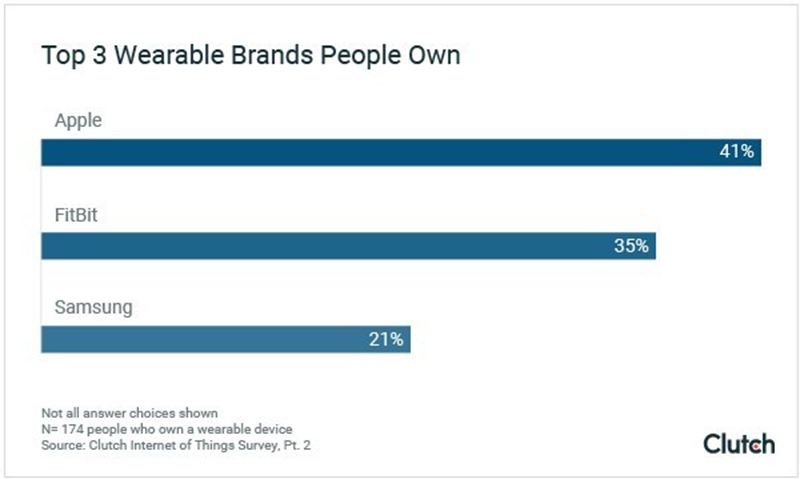 Apple is the most popular brand for wearable devices, according to a consumer IoT survey by Clutch. 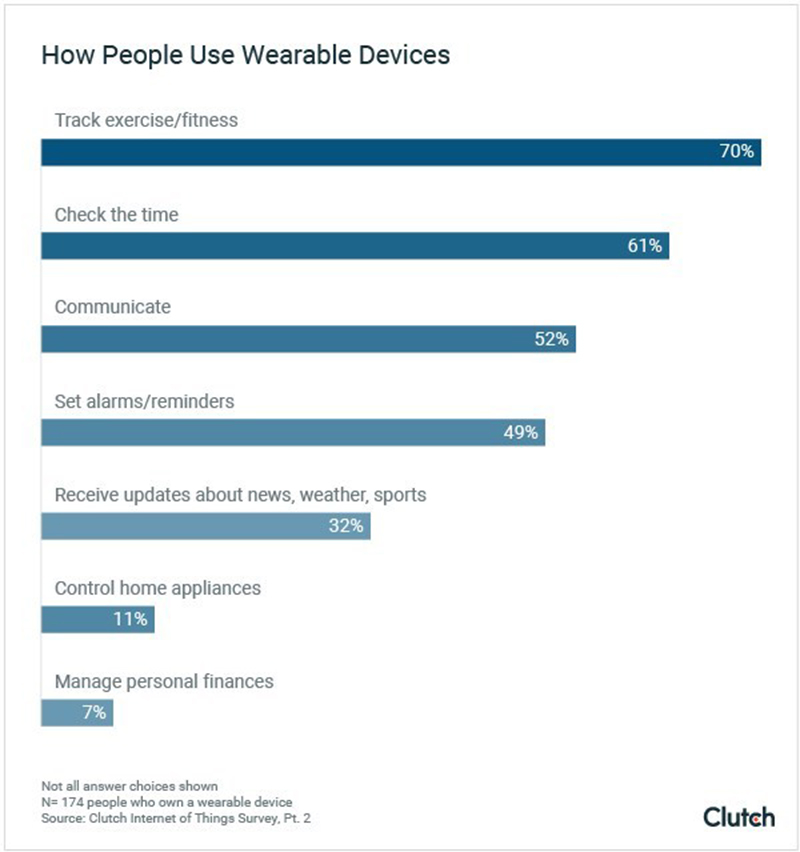 People use wearables to track health and fitness the most, according to new survey results from Clutch.

Wearables owners do not use their devices to accomplish advanced tasks such as controlling home appliances or managing finances. This is a result of three main factors:

People Tend Not to Connect Their Wearables to Other IoT Devices

Only 6 percent of people who own wearable devices connect them to the same applications as other IoT devices. This indicates people have little interest in using wearable devices as part of the internet of things (IoT) – a system of devices that people can control remotely when connected to the internet.