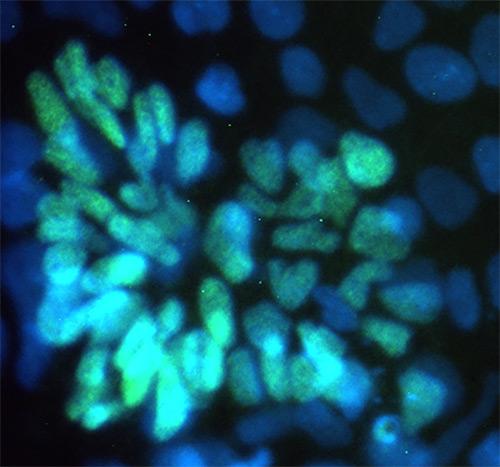 The findings were published this week inNature Biotechnology.

From 1998 until 2007 embryonic stem cells (ES cells) were the only human cells known with the potential to become any other type of cell in the body. When Shinya Yamanaka discovered how to engineer adult somatic cells to a state where they, too, had this potential — a discovery for which he was awarded the Nobel Prize — scientists could then reprogram nearly any type of adult cell, including the oft-used skin and blood cells, to make induced pluripotent stem cells, or iPS cells.

The discovery, however, ignited a debate that is still ongoing over whether iPS cells are as good as ES cells. Hundreds of research experiments have been conducted, some suggesting the two types are functionally similar and can be used interchangeably and others suggesting they are fundamentally different.

Konrad Hochedlinger, PhD, HSCI Principal Faculty member, a senior author on the paper, and a leader in studying iPS cell reprogramming, said his lab has been working to “understand if these artificially generated stem cells, the induced pluripotent stem cells, are equivalent to embryonic stem cells.”

Experiments designed to compare iPS cells to ES cells are difficult to carry out, said Hochedlinger. Researchers want to know if the reprogramming process that converts an adult cell into an iPS cell somehow changes the cell’s ability to properly regulate its genes — making the artificial stem cell behave differently, but it is difficult to tell by comparing these two cell types to eachother.

Because the cells come from two different sources, they are inherently genetically different. A side-by-side comparison would show variation, but it would remain unclear whether the variation was due to the difference between sex, race, and/or ancestry in the two cells, or from the reprogramming process.

In order to compare cell types, Hochedlinger and his colleagues needed to start with cells that were genetically identical. Then if they were to see variation, it would likely be from the reprogramming process and not the cells’ genetic backgrounds.

Jiho Choi, a PhD student in the Hochedlinger lab and first author on the paper, “tricked” human ES cells into becoming human iPS cells by first coaxing two well-studied lines of ES cells to form skin cells. He then reprogrammed those skin cells into iPS cells before sequencing the gene products of the two cell types to see if they were identical.

After sequencing, the researchers teamed up with Soohyun Lee, a research fellow at HMS, and Peter Park, PhD, HSCI Affiliated Faculty member and co-senior author on the study. Park’s group found only about 50 of the 200,000 genes that make up the human genome were expressed differently between the two cell types.

In fact, these differentially expressed genes were transcribed at such low levels, Park believes the difference may be ‘transcriptional noise.’ If you look at the whole landscape of the genome those genes may be a little bumps rather than large mountains, Hochedlinger explained. “They might be scored as different, but there may not be any biological repercussions. “

Additionally, when the researchers assessed the functional properties of their ES and iPS cell lines, they found that they had equal potentials to differentiate into neural cells and a variety of other specialized cell lineages.

“When using these cell lines and assays, and after considering a number of technical and biological variables, we find that ES cells and iPS cells are equivalent,” said Hochedlinger, adding the caveat that not all practical applications can account for the variables, and that the science has not yet advanced to where iPS cells can replace embryonic stem cells in every situation.

“Embryonic stem cells are still an important reference point, against which other pluripotent cells are compared,” said Hochedlinger. “Along those lines, this study increases the ‘value’ of iPS cells.”