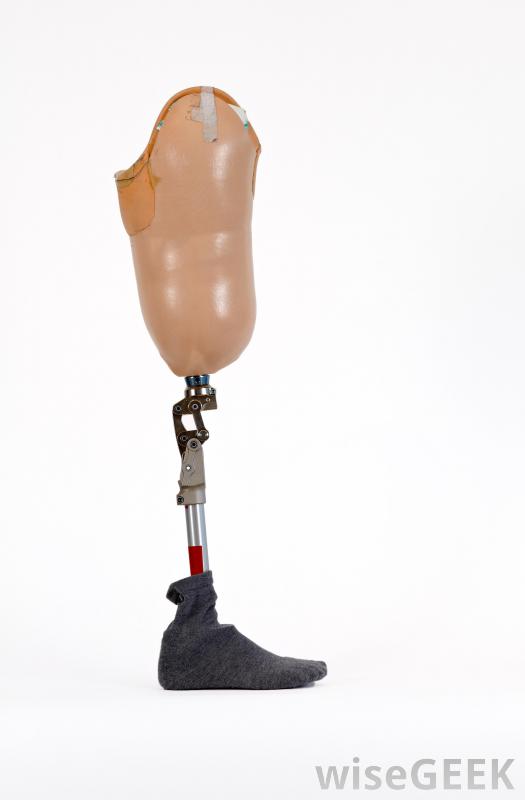 Patients with serious lower leg trauma have two main care options: Limb preservation or transtibial amputation (TTA) with the subsequent use of a prosthesis, or artificial limb. This study, “Economic Evaluations of Interventions for Transtibial Amputations,” takes on the task of defining the largely unknown economic aspects of TTA, including the cost-effectiveness of prosthesis use within three topical areas: Care models, prosthetic treatment, and prosthetic sockets.

The paper is published in the current special issue (T&I:18.2-3) of Technology and Innovation, Journal of the National Academy of Inventors, titled “Outcomes and Advances in Assistive Technologies for Rehabilitation” and available online at http://www.ingentaconnect.com/content/nai/ti/2016/00000018/F0020002/art00002.

“Transtibial amputation is life-altering emotionally, functionally and economically,” said study lead author and special issue editor Dr. M. Jason Highsmith of the School of Physical Therapy & Rehabilitation Sciences at the University of South Florida and the Extremity Trauma & Amputation Center of Excellence at the Departments of Veterans Affairs and Defense. “[However,] the economic impact to all stakeholders is largely unknown, as is the cost-effectiveness of prosthetic intervention.”

In an effort to shed light on these unknowns, study authors evaluated TTA impact and cost-effectiveness through a “scoping review” of available reports and literature to determine if there was sufficient data to conduct a more formal, systematic review to develop an economic evaluation of interventions provided to patients with TTA.

A number of reports over the last decade added insight into cost issues. For example, the authors reported that Medicare reimbursed $655 million worth of lower limb prosthetic services in 2009; however, a 2012 U.S. report found that about $4.7 million worth of Medicare billings were inappropriate. Some insurers were found to provide a one-limb-per-lifetime reimbursement limit. In addition, costs of secondary conditions suffered by TTA patients, including degenerative joint disease and low back pain, had to be included in economic outcomes analyses.

The authors suggested that, given the recent reimbursement challenges based on a lack of clinical and economic evidence, there was a “need to understand and document cost-effectiveness of prosthetic rehabilitation for TTA patients.” Some comparative cost analyses emerged that indicated the lower overall costs of TTA and prosthetic use.

Another contributing study reported that when compared to non-prosthetic users, Medicare beneficiaries with recent TTA and prosthetics had fewer emergency room visits. TTA-receiving patients were also more likely to receive outpatient physical therapy, which was also associated with fewer acute care hospitalizations and less facility-based care. These reduced costs offset the initial high cost associated with prescription of a prosthetic limb. “In other words, concludes Highsmith, “the higher initial costs decrease the burden on the health care system by decreasing utilization and adverse events.”

Over the three topical areas represented in the review—care models, prosthetic use and prosthetic sockets—analyses showed that:

“The comparative economic literature in transtibial prosthetics is presently insufficient for further review, conclusion, and policy guidance,” concluded the researchers. “Further and more sophisticated economic analyses of transtibial prosthetic interventions are needed in order to determine value related to device provision and maintenance, outcomes, and health….Guidance from the profession may be useful in devising a strategy for how to assure economic analyses are a routine element of prosthetic science in the future.”