It’s appropriate that during Parkinson’s Awareness Month, a team of Rice University seniors will show how augmented reality may help patients with the disease.

Six Rice engineering students have designed an iPhone app to help patients overcome a symptom known as “freezing,” in which the legs temporarily refuse to follow the brain’s command to lift and move forward. 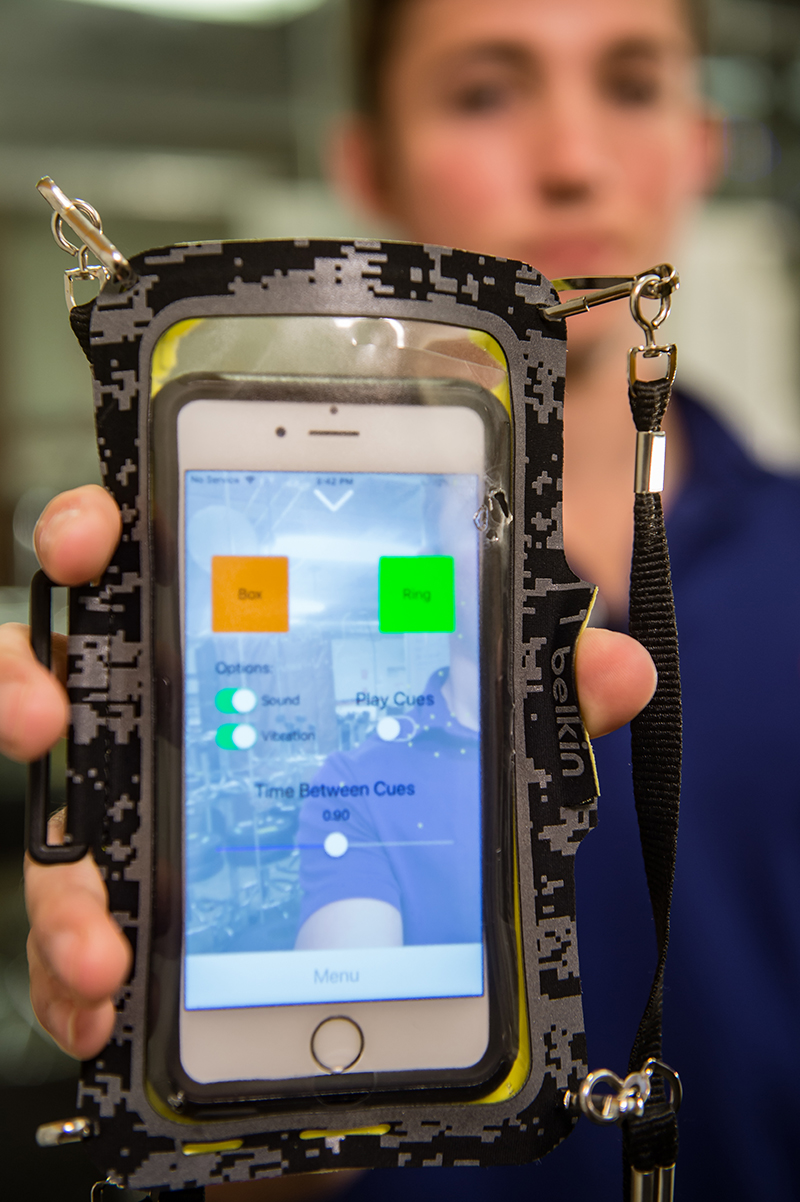 Rice University senior engineering student Jeremy David shows the user interface of an iPhone app intended to help patients with Parkinson’s disease maneuver. The app’s visual, audio or sensory modes can help users overcome a symptom of the disease by triggering them to unfreeze their limbs. (Credit: Jeff Fitlow/Rice University)

The app takes advantage of new programming tools that allow for the incorporation of augmented reality. In this case, the user can point the phone at the floor or sidewalk and trigger it to place the image of a block, circle or other object where his or her foot should land. That visual cue is often enough to allow patients to initiate their gait.

The app can also provide audio or sensory cues through the phone’s sound and vibration capabilities. It should be adaptable to Android phones as well, according to the students.

“This is for patients who, in their day-to-day lives, experience freezing episodes,” said team member Gaby Perez. “There are a couple of devices on the market to help them, but none of them incorporate all three kinds of cues.”

Perez and her Stairway to Stability teammates, Theresa Sonka, Kristen Smith, Keshav Rao, Jeremy David and Dan Burke, all bioengineering majors, took on the challenge as their capstone design project, required of most Rice engineering seniors. They were advised by bioengineering lecturer Eric Richardson with help from Dr. Eugene Lai, a neurologist at Houston Methodist, and sponsorship by Karen and Richard Whitney. The team said client and partial sponsor Nora Bynum was an influential adviser during development of the app.

Their creation is certainly smaller and cheaper than what they referred to as the state of the art for patients, a cane with a laser attachment. “Every time you place the cane down, the laser line pops up in front of you, cueing the user to step over it,” Sonka said. “But a lot of the time, these laser solutions have trouble working outdoors.”

“What’s cool about our project is that the cheapest solutions available right now are about $200, with some solutions costing as much as $3,000,” David said. “Our solution, however, has the potential to work more effectively and at a fraction of the cost.”

Because some patients may also experience tremors in their hands, the team created a lanyard phone case a patient can wear to make the phone easier to manipulate.

The team worked with the Houston Area Parkinson Society to recruit patients who are helping them test the app at Rice’s Oshman Engineering Design Kitchen, Burke said. “Our goal right now is to prove that the concept of augmented reality can be used in a therapeutic context while maintaining the user-friendly nature of smartphones.” 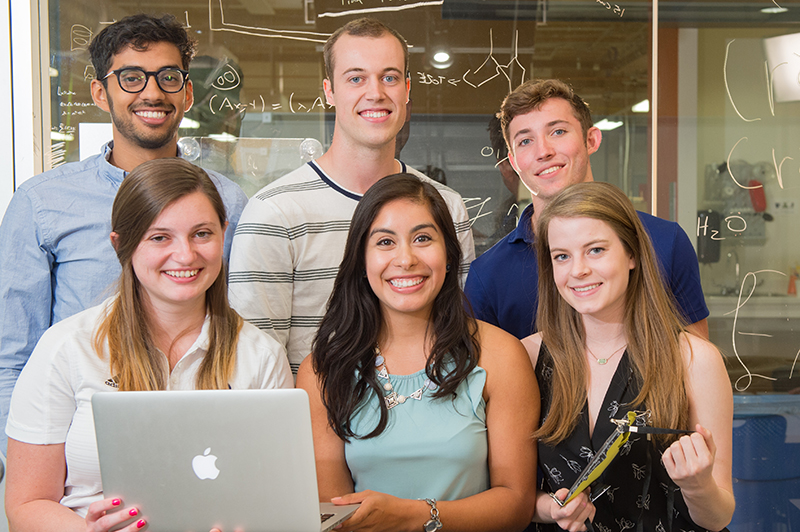 “The patients we’ve talked to are a little on the milder end and are still able to walk, but each one of them has started to see instances of freezing, whether it be just for a few seconds or on the order of minutes,” Rao said. “They’ve each talked about the mental gymnastics they go through to be able to move their feet again. They’re very interested in anything that can reduce that burden.”

The students appreciate the irony that their solution for people with Parkinson’s would make them look like everybody else who walks down the street staring at a cellphone.

“Another big criterion was social comfort,” Smith said. “We wanted it to be a very discreet solution.”

The team plans to demonstrate the app at the annual George R. Brown School of Engineering Design Showcase April 12 at Rice’s Tudor Fieldhouse. As many as 80 teams are expected to compete this year.