As more people develop dementia, easier detection tests are sought after in the medical field. Now, a group of researchers from Osaka University and Nara Institute of Science and Technology have established it is possible to detect dementia from conversations in human-agent interaction.

The model is based on features of speech, language and facial gestures from recordings with elderly participants. The computer can distinguish individuals with dementia from healthy individuals at a rate of 90 percent by using six test questions:

The team chose fixed questions based on neuropsychological tests and random questions not based on anything in particular. They then recorded spoken dialogues with 12 participants diagnosed with dementia and 12 healthy controls. From the recorded interviews, they extracted speech, language and image features which created a model for the computer to detect dementia.

The computer was able to distinguish the difference of healthy controls and dementia-diagnosed individuals with a 92 percent accuracy. It was found the signs that indicated dementia included delays in response to questions from the avatars, intonation, articulation and rate of voice, and percentage of nouns and verbs in utterance.

“If this technology is further developed, it will become possible to know whether or not an elderly individual is in the early stages of dementia through conversation with computer avatars at home on a daily basis,” says Senior author Takashi Kudo. “It will encourage them to seek medical help, leading to early diagnosis.” 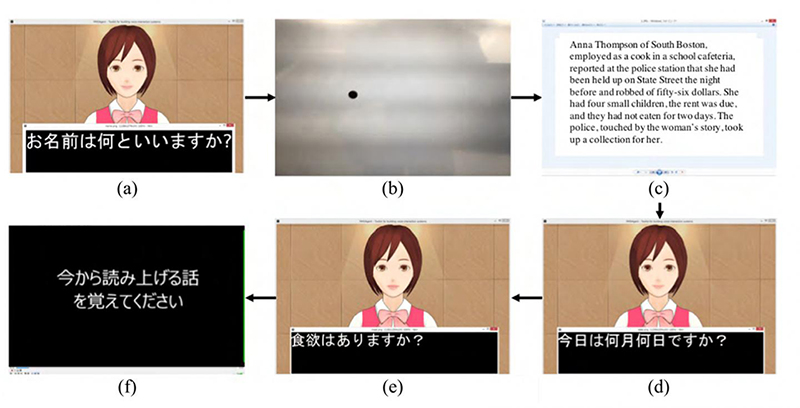