Batteries don’t always just keep going…and going. In fact, most batteries in medical device implants, like pacemakers, only last about six to 10 years. After that, patients have to undergo another surgery to replace the worn-out battery.

Now a team of researchers at UCLA and the University of Connecticut may have come up with a better way to keep medical implants humming along.

Similar to how self-winding watches are charged by arm movements, the device converts the natural heat and motion of the human body into electricity. While working alongside an energy harvester, the supercapacitor is charged by ions from blood and urine. 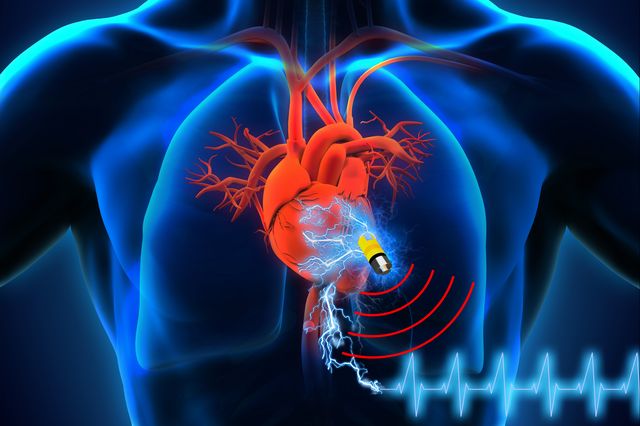 “Combining energy harvesters with supercapacitors can provide endless power for lifelong implantable devices that may never need to be replaced,” Maher El-Kady, a UCLA postdoctoral researcher and a co-author of the study, said.

The supercapacitor is made with graphene, a super-strong nanomaterial made from carbon atoms and graphite that is known for conducting electricity better than copper. The graphene is layered with modified human proteins to make an electrode, which conducts electricity from the energy harvester.

The researchers said the same technology could also be used to make next-generation implantable devices that speed the growth of bones, stimulate the brain, and enhance healing.

Bonus: This kind of energy device also eliminates the use of toxic chemicals that are found in traditional batteries.

“Unlike batteries that use chemical reactions that involve toxic chemicals and electrolytes to store energy, this new class of biosupercapacitors stores energy by utilizing readily available ions, or charged molecules, from the blood serum,” Islam Mosa, a Connecticut graduate student and first author of the study, said.