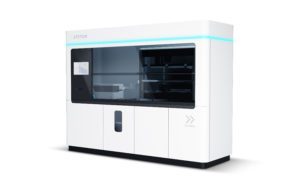 BICO Group subsidiary Cytena today announced the launch of its C.Station platform for automating the development of stable cell lines.

Cytena said in a news release that C.Station is a user-friendly platform that covers the entire cell line development workflow, from single-cell cloning of transfected cells to the selection of high-producing clones and upscaling.

Cytena patented its single-cell dispensing technology in 2014 as a spin-off from the University of Freiburg in Germany. Like BICO’s name (an abbreviation of “bio convergence”), Cytena’s name is a combination of the Latin words for cells (“cyt”) and one/singular (“ena”), a spokesperson said.

BICO Group (formerly known as Cellink Life Sciences) is headquartered in Gothenburg, Sweden, and has a fast-growing second HQ in Boston.