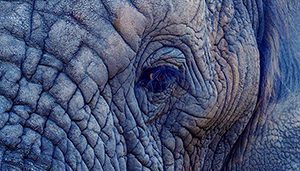 [Photo by Jennifer Latuperisa-Andresen on Unsplash]

Startups and smaller firms outnumber the big medtech companies, but they haven’t cornered the market on research and development. The major players are always working on new devices and use their scale to quickly assemble teams to develop them.

R&D executives from Abbott and Boston Scientific explained how their processes work and dispelled some myths about the medtech giants to a standing-room-only crowd at DeviceTalks Minnesota, June 4–5 in St. Paul.

About 75% of what these companies introduce in a 12-to-15-month period will be improvements to existing devices and the rest will be attempts at blockbusters, said Mark Strong, divisional vice president of R&D at Abbott. Devices with game-changing potential require bigger investments and can take three to five years to develop, added Randy Schiestl, vice president of R&D at Boston Scientific.

“The key thing is to have a really active pipeline where you’ve looked at one-to-three- and five-year timelines and you’ve got launches worldwide, every region, every year,” Schiestl said.

Big companies also have the ability to source talent internally for product development teams, particularly across engineering disciplines. Abbott also looks to universities, because recent graduates’ energy and desire to make a name for themselves make them attractive to the company, Strong said.

Acquisitions immediately bring new talent on board, which makes R&D fun, Schiestl added. In the last 10 years, Boston Scientific has been more aggressive in adding talent through acquisitions and through partnerships with universities, third parties, contractors and others. “It’s a much more robust model, much quicker to bring in the right team, and just more dynamic in terms of the resources that are available to the company in terms of partnering,” he added.

Big companies also combine their R&D structure with flexibility. Boston Scientific’s seven businesses use the same product development process, manufacturer infrastructure, innovation initiatives and procedures, and the same control system, but the company is flexible in the types of products that teams can work on, Schiestl said.

Abbott tries to be agile and keeps its product development teams small so it can “turn them loose and let them innovate,” Strong said. The company implements its higher-level controls and safety mechanisms with review boards and late-stage processes, he added.

The public-private Medical Device Innovation Consortium and Jeffrey Shuren’s leadership of the FDA’s Center for Devices and Radiological Health have each boosted collaboration and quality in the industry, both men said.

“The opportunity is to get everybody engaged,” Schiestl said. “Everybody should have this general attitude that they can innovate, that they can bring new ideas to the table.”