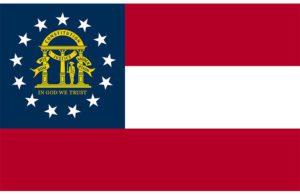 Georgia state lawmakers have passed identical bills that would require businesses that use ethylene oxide to report any emission of the toxic gas.

If signed by Gov. Brian Kemp, the new law would up the reporting requirement from emissions over 10 lb in a 24-hour period. In order to continue operating, companies would have to report emissions to the Georgia Environmental Protection Division, which would be required to post the information on its website. Such reports are available to the public now, but only by request, according to a report in the Atlanta Journal-Constitution.

Residents living near Atlanta-area medtech sterilization plants operated by Sterigenics and Becton Dickinson (NYSE:BDX) have been clamoring for tighter regulations on emissions of the sterilant gas since the July 2019 publication of an investigative report by Georgia Health News and WebMD.

EtO is used to sterilize about 50% of all devices sold in the U.S. that require sterilization – more than 20 billion medical devices per year, according to the FDA. It is a preferred sterilant for devices made from certain polymers (such as plastic or resin), metals or glass and devices that have multiple layers of packaging or hard-to-reach crevices, because it has better penetration properties than other methods and is unlikely to damage products during the process.

It is also considered a human carcinogen by the U.S. Environmental Protection Agency. At least 76 lawsuits have been filed against Sterigenics on these grounds, relating to its now-shuttered EtO plant in Willowbrook, Ill. Last week, a man who lives near a B. Braun plant that uses EtO sterilization filed a lawsuit against that company, seeking certification as a class action.