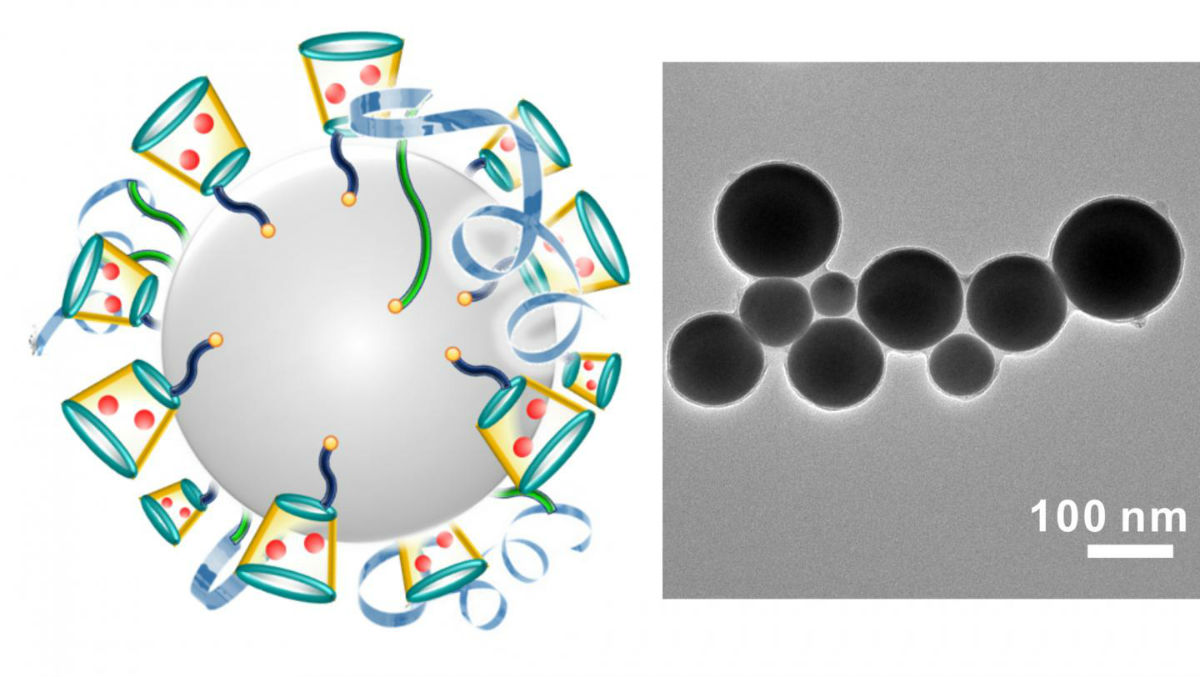 “The advance here is that we have a drug-delivery technique that may enhance the effectiveness of the drugs being delivered, can help doctors locate tumors, can be produced in bulk, and appears to be wholly biodegradable with very low toxicity,” says Zhen Gu, corresponding author of a Nature Communications paper on the work and an assistant professor in the joint biomedical engineering program at NC State and UNC-CH. “And one of the advantages of this technique is that these liquid metal drug carriers — or ‘nano-terminators’ — are very easy to make.”

To create the nano-terminators, researchers place the bulk liquid metal (gallium indium alloy) into a solution that contains two types of molecules called polymeric ligands. The solution is then hit with ultrasound, which forces the liquid metal to burst into nanoscale droplets approximately 100 nanometers in diameter. The ligands in the solution attach to the surface of the droplets as they break away from the bulk liquid metal. Meanwhile, an oxidized ‘skin’ forms on the surface of the nanodroplets. The oxidized skin, together with the ligands, prevents the nanodroplets from fusing back together. 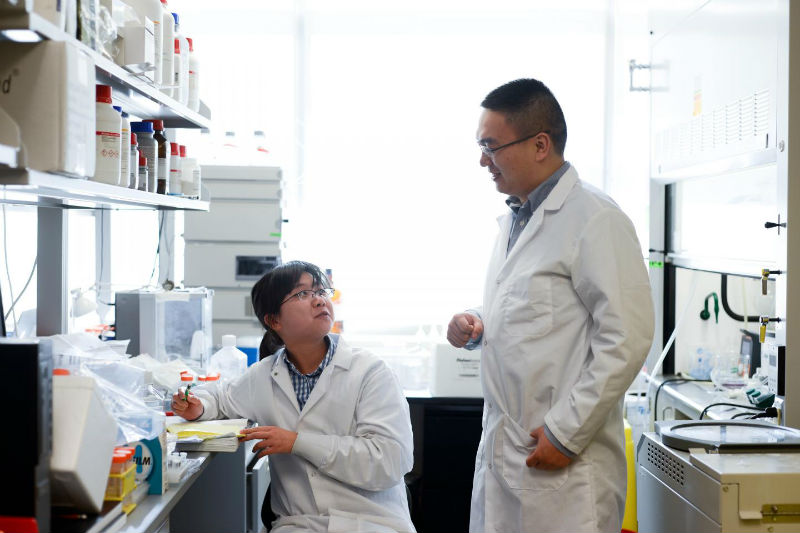 Once absorbed, the higher level of acidity inside the cancer cell dissolves the oxidized skin of the nanodroplets. This releases the ligands, which will go on to release the Dox inside the cell.

“Without the oxidized skin and ligands, the nanodroplets fuse together, forming larger drops of liquid metal,” says Michael Dickey, a co-author on this paper and professor in the Department of Chemical and Biomolecular Engineering at NC State. “These larger droplets are fairly easy to detect using diagnostic techniques, which can potentially help doctors locate tumors.”

Meanwhile, the liquid metal continues reacting with the acidic environment in the cancer cell and dissolves, releasing gallium ions. Interestingly, these gallium ions enhance the performance of anticancer drugs — including their effectiveness against drug-resistant cell lines.

“Based on in vitro tests, we believe the liquid metal degrades completely in a matter of days into a form that the body can successfully absorb or filter out, without notable toxic effects,” says Yue Lu, a Ph.D. student in Gu’s lab.

“This was a proof-of-concept study, but very encouraging,” Gu says. “Like the fictional Terminator, this carrier is transformable: smashed from bulk material, fused inside cancer cells and eventually degraded and cleared. We are hoping to do additional testing in a large animal study to get closer to potential clinical trials.”