But not in the figurative “Am I brave enough?” sense. The bacteria engineered in his laboratory will literally probe a gut for early signs of inflammation.

Tabor has won a National Science Foundation CAREER Award to develop his lab’s technology of engineering next-generation sensors using a family of genes called bacterial two-component systems. This prestigious honor goes to early career faculty members who show the promise to revolutionize their fields. The five-year award for $500,000 will advance Tabor’s studies and help him spread the word about his work to students at and outside of Rice. 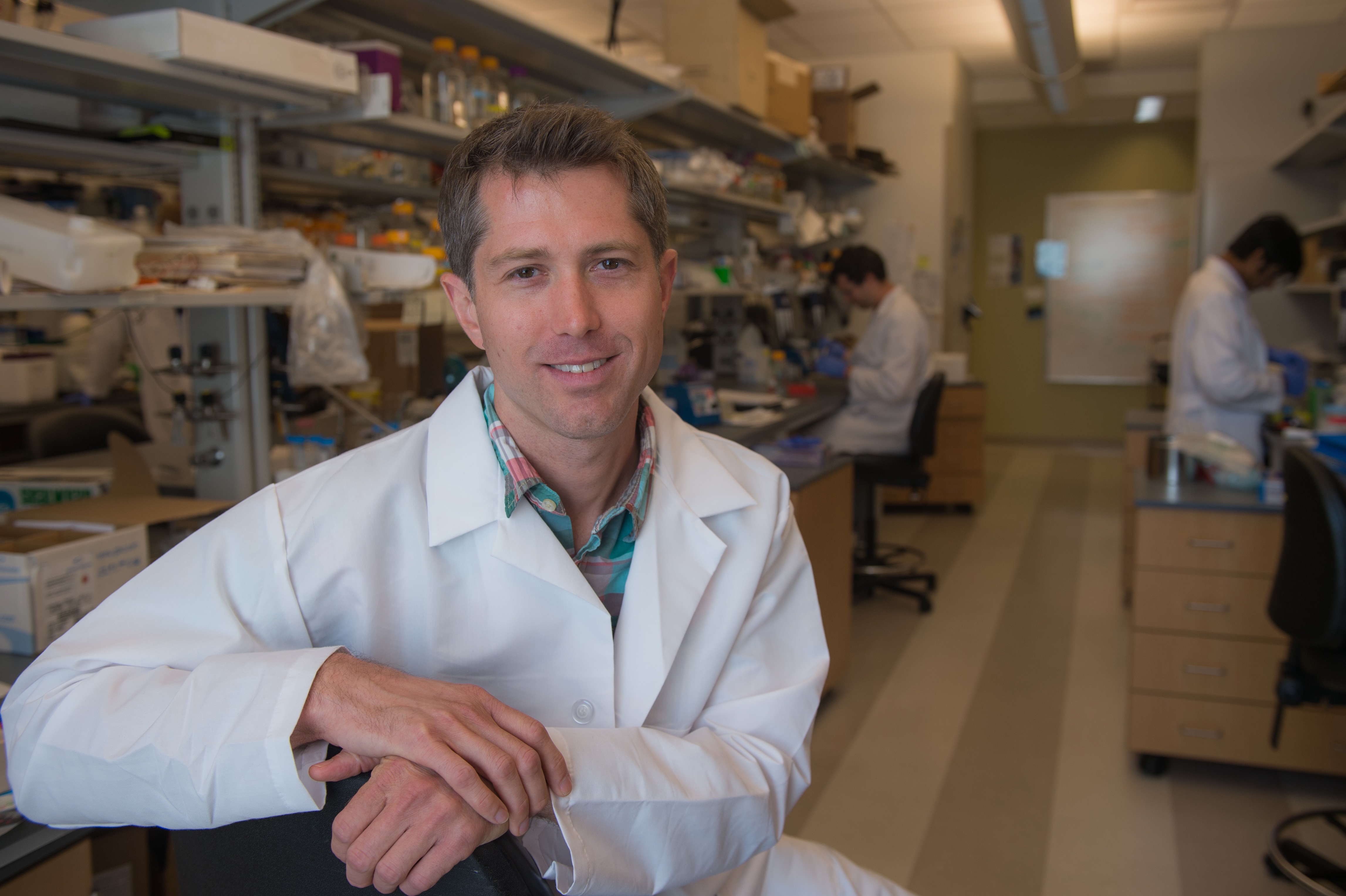 “I’ve spent my time at Rice focusing on this family of bacterial sensors, and they’re just really exciting,” said Tabor, an assistant professor of bioengineering who joined the university in 2010. “They’re the most widespread sensors on the planet, and they can sense virtually any chemical or physical stimulus that bacteria are exposed to.

“And bacteria are exposed to everything, because they’re everywhere, including in and on the body.”

Bacteria have untapped potential to diagnose illness, Tabor said. “There have been a few technical challenges that kept us and others from harnessing bacteria as sensors, but in the last couple of years my lab has made substantial progress toward overcoming them.”

Tabor’s revolution will happen deep inside the digestive tract, where nearly 100 trillion bacteria perform beneficial functions, especially the fermentation of plant-derived substances that the host can use for energy but cannot digest without help.

But sometimes rogue microbial colonies can throw the system out of whack. The bacteria his lab is developing will sense that.

“Inflammation in the intestine is a common problem that’s not well understood, and it can lead to chronic conditions like irritable bowel disorder, Crohn’s disease, ulcerative colitis and colon cancer,” Tabor said.

Because renegade microbes bloom and are consumed in the bowels, it’s a challenge to probe them in live animals.

What’s required, Tabor said, is a bacterial sensor that transits the digestive system and observes and records what it encounters. In such a two-component system, genetically modified bacteria will test for the presence of target conditions by bonding with natives of the microbiome.

These “reporter bacteria” can then be measured in waste and allow the researchers to gather “sensitive, dynamical and molecular-level understanding” of gut biology.

“Currently, it’s hard to get diagnosed to see if you have inflammation because it’s very invasive,” Tabor said. “Our long-term goal is that you could eat a probiotic yogurt that could sense the chemicals of early stage inflammation. You wouldn’t have to have an invasive colonoscopy or use current diagnostics that basically require you to have advanced inflammation in order for them to sense it.”

In the short term, Tabor said, the sensors may also be redesigned to probe for a wide range of scientifically, industrially and medically relevant conditions. Eventually he would like to use bacterial sensors to not only detect but also to treat or even prevent inflammatory bowel diseases, he said.

“This is a new and exciting direction for synthetic biology,” he said. “I think it’s going to be one of the first major contributions that synthetic biology will make to health, that we can engineer organisms to detect when you’re sick and produce molecules to make you better.”