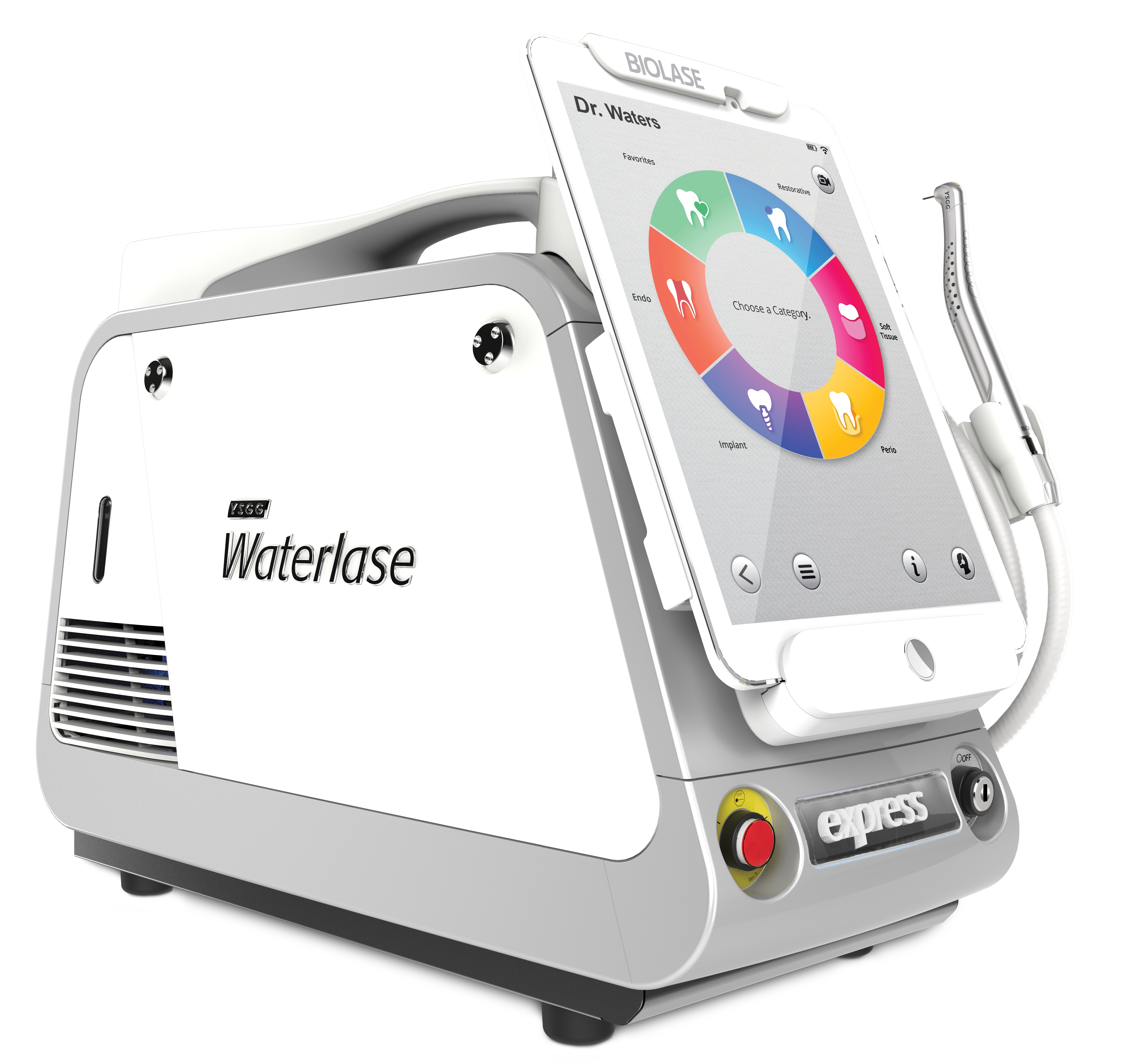 BIOLASE, Inc., a developer of dental lasers, announced that its fifth-generation Waterlase Express all-tissue laser system, that received 510(k) clearance for commercial distribution from the U.S. Food and Drug Administration (FDA), is available for sale to dentists in the U.S. as well as select international markets in Europe, the Middle East and Asia.

Waterlase Express represents the addition to the Company’s Waterlase portfolio of Er,Cr:YSGG all-tissue lasers, and is the fifth generation of the world’s most widely used all-tissue dental laser wavelength. Waterlase Express will be exhibited at the Chicago Dental Society’s Mid-Winter meeting on February 23-25, and then be unveiled internationally in Cologne, Germany at the International Dental Show (IDS), which is the world’s leading trade show for the dental industry.

With extensive qualitative and quantitative research from a team of dentists around the world guiding the design of the system, Waterlase Express represents the new foundation of the Company’s strategy to greatly expand all-tissue laser use in dentistry.

“We are excited to launch the Waterlase Express, our next-generation Waterlase system designed for easy and intuitive operation, integrated learning, and portability. We believe the Express user interface is to legacy laser user interfaces what the Apple iPhone was to the flip phone,” says Harold C. Flynn, Jr. President and CEO of BIOLASE, Inc.

“Express will enable significantly higher penetration and adoption of all-tissue laser dentistry worldwide. With all the value of Waterlase technology at nearly one-quarter the size, one-third the weight, and nearly half the U.S. retail price of our market-leading Waterlase iPlus system, we believe Express is the dental laser that is finally ready for the vast majority of dentists around the world, many of whom have waited to integrate our all-tissue laser solutions into their practices. These clinicians can now join our current customers who report improved patient-reported outcomes after integrating the laser into their treatment plans, including greatly simplifying perio disease management with REPAIR Perio, implant management with REPAIR Implant, pediatric and restorative procedures.”

BIOLASE Chief Technology Officer Dmitri Boutoussov, PhD, says, “When we began this project, our goal was to create a new version of Waterlase that would be a much smaller, simpler, more reliable and cost-effective system, while still carrying all the benefits of powerful Waterlase laser technology. We designed Express so that every dentist, whether completely new to lasers, or a pro, can easily learn Waterlase Express and start using it, with integrated support by BIOLASE and its network of educators and peer practitioners.”

Easy to learn and use:

Easy to own and get support:

Dr. Samuel Low, Chief Dental Officer and Vice President of Dental Affairs, was a member of a team of 11 laser dentists from around the world who collaborated with BIOLASE R&D to develop the Waterlase Express experience. “Every setting, every frame of every animation was meticulously crafted by this team of clinical advisors and very talented artists to create a very high-quality learning tool for new laser dentists,” says Dr. Low. “With learning styles more variable than ever, the Waterlase Express offers an appropriate level of simplicity and access to deeper knowledge when needed,” he added.

To learn more about the Waterlase Express system, and other innovations designed to simplify laser dentistry, visit www.biolase.com/waterlaseexpress.