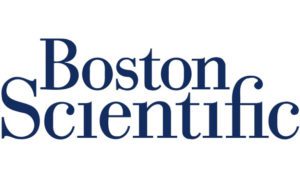 The Marlborough, Mass.-based company plans to hire workers with different levels of educational backgrounds, including those with sixth-grade levels of schooling, professional engineering graduates, finance, accounting and other positions. Boston Scientific will hire employees for its La Aurora de Heredia and El Coyol de Alajuela facilities, according to The Costa Rica News.

“The Boston Scientific team in Costa Rica already has the opportunity to support the company both regionally and globally,” VP of operations at the Coyol plant Luis Javier Serrano told the newspaper. “We have a solid manufacturing operation, a research and development center, as well as collaborators who work in the design of new products, assurance of the quality of the designs and regulatory matters. Also, we have representatives from the commercial area (clinical specialists and direct sales) who provide services to Central America and Panama, as well as global information technology services.”

The Costa Rican government is working with the private sector to promote and consolidate foreign direct investments while also improving the conditions of its residents, the paper reported.

“We are pleased to announce that Boston Scientific will generate new jobs in the country. These job opportunities allow people with skills in the areas of manufacturing and research and development to have growth options. This is an example of a company that continues to bet on the human talent of quality that our country offers,” Minister of Foreign Trade Dyalá Jiménez told the News.

Boston Scientific currently employs close to 4,200 people and is one of the Central American nation’s top employers in the medtech industry.

“Boston Scientific is one of the pioneer companies in the medical device industry in the country,” general director of the Costa Rican Coalition of Development Initiatives Jorge Sequeira said. “Thanks to the quality of local human talent have successfully developed the production of medical devices and, more recently, has added new research and development functions. This example is replicated in many companies in the life sciences sector, which from 1999-2017 registered an increase in productivity of 63%, measured through exports per employee that went from $76,000 to $124,000.”