Researchers from Aalto University and the University of Wisconsin utilized a TMS-EEG device, which combines transcranial magnetic stimulation and EEG, to examine how the brain activity of people in the restful non-rapid eye movement (NREM) sleep is affected by whether they dream or do not dream.

When the NREM sleep of subjects had lasted at least three minutes, researchers gave magnetic pulses that induced a weak electric field and activated neurons. After a series of pulses, the subject was woken with an alarm sound, and they were then asked whether they had dreamed and to describe the content of the dream.

“It is traditionally thought that dreaming occurs only in rapid eye movement (REM) sleep. However, as also our study demonstrates, subjects woken from NREM sleep are also able to give accounts of their dreams in more than half of cases,” said Jaakko Nieminen, post-doctoral researcher from Aalto University. “EEG showed that the deterministic brain activity produced by magnetic pulses was notably shorter in people who did not dream, i.e. were unconscious, than in people who had dreamt. We also observed that the longer the story about the dream, the more the subject’s EEG resembled that measured from people who were awake.” 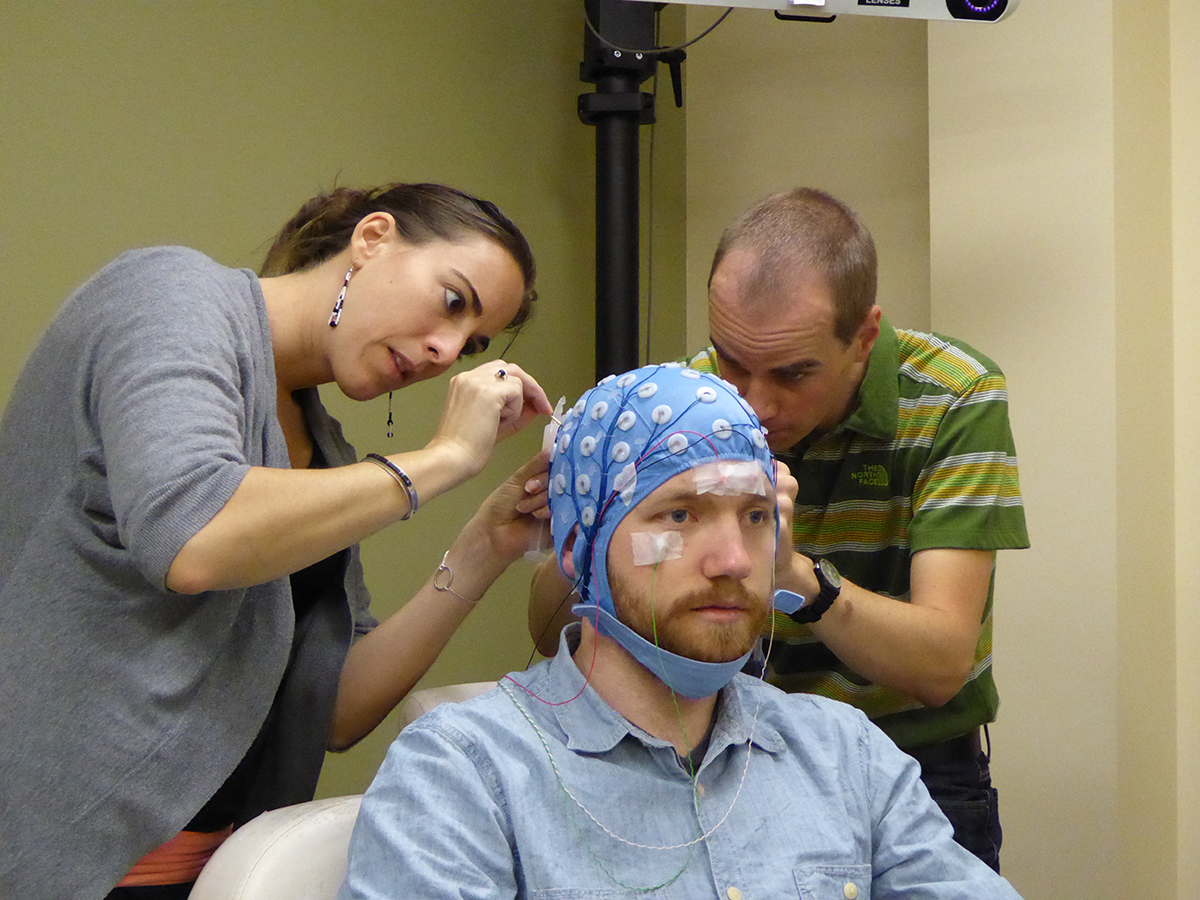 Dr. Nieminen performed the measurements with his research colleague Olivia Gosseries at the University of Wisconsin–Madison Center for Sleep and Consciousness, which is headed by Giulio Tononi, one of the world’s most renowned researchers of consciousness. The measurements were carried out during a period of over 40 nights and a total of 11 subjects participated. Due to sleeping difficulties and other challenges, reliable measurements could only be acquired from six subjects. During the night, subjects were woken a maximum of 16 times.

“Consciousness in different physiological states (e.g. during wakefulness, sleep, anesthesia and vegetative state) has previously been researched with TMS–EEG measurements. We wanted to eliminate all other differences related to the different states as thoroughly as possible, and for this reason we focused on the narrow physiological state of NREM sleep,” Dr. Nieminen said.

Transcranial magnetic stimulation is already utilized in such things as the treatment of depression and pain. According to Dr. Nieminen, in the future the precise data provided by TMS­–EEG measurements on the state of consciousness may also help in the treatment of those brain injury patients who are unable to communicate.