A National Institutes of Health study found that non-invasive brain stimulation decreased calorie consumption and increased weight loss in adults who are obese. The findings suggest a possible intervention for obesity, when combined with healthy eating and exercise. Results were published in Obesity concurrent with a presentation at the 2015 Obesity Society meeting. 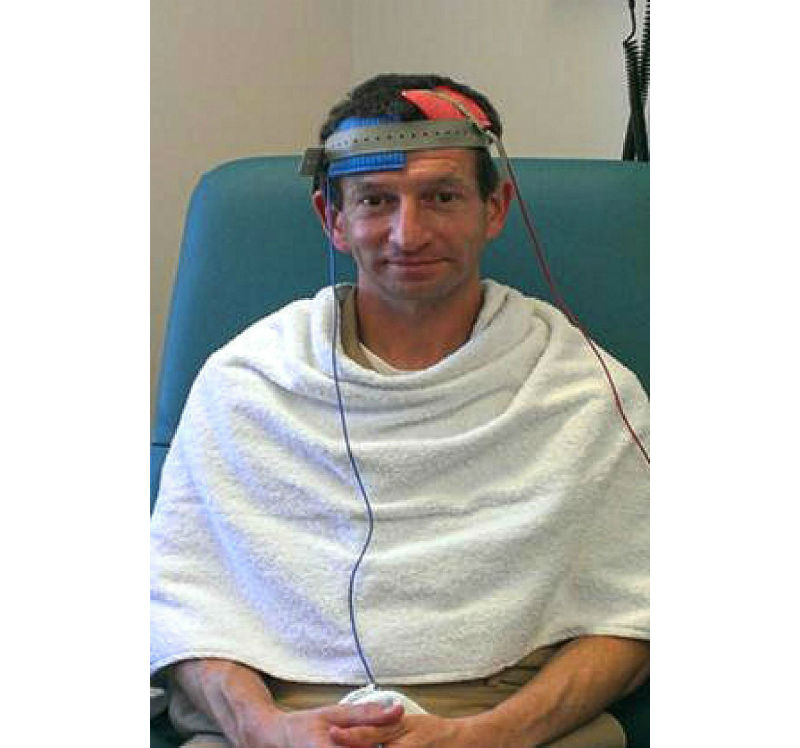 Led by scientists at the Phoenix Epidemiology and Clinical Research Branch, part of NIH’s National Institute of Diabetes and Digestive and Kidney Diseases (NIDDK), the team studied a total of nine men and women with obesity who resided in the Branch’s metabolic ward on two separate visits, each for eight days. On each visit, the participants ate a weight-maintaining diet for five days. Then for three days, they unknowingly received either active or sham (fake) transcranial direct current stimulation, or tDCS. Participants then ate and drank as much as they wanted from computerized vending machines. Applied to the scalp, the active tDCS targeted the brain region controlling behavior and reward. 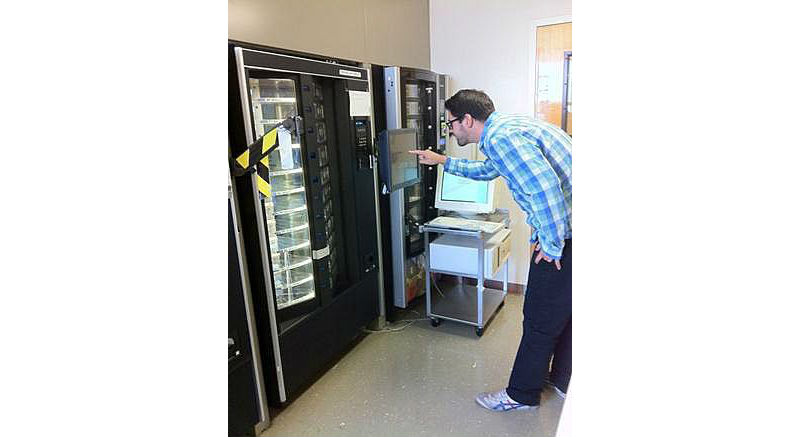 The study’s computerized vending machine contained a variety of foods and drinks for the participants to choose at will. (Credit: Dr. Marci Gluck)

The four people who got the sham stimulation during both visits consumed the same number of calories from the vending machines on each visit and did not lose weight. But the five people who got inactive stimulation on the first visit, and active tDCS at the brain target on the second visit, consumed an average of 700 fewer calories and lost an average of 0.8 pounds on the second visit.