An international consortium has received a €8.3 million ($9.2 million) grant from the European Commission under its Horizon 2020 program.

The an EU-funded project on robotical neurosurgery, EDEN2020, will develop and test a flexible and steerable robotic needle that will be able to reach and treat areas deep in the brain while minimizing patient risk.

In the treatment of brain gliomas, which are particularly aggressive, controlled and localized drug delivery is currently performed using a straight, rigid cannula that makes it difficult to avoid obstacles encountered on the path to the tumor. The needle-cannula concept was inspired by the bendable, needle-shaped organ that insects such as the wood-boring wasp use to lay their eggs.

Over the past decade, the team at Imperial College London created prototypes flexible, miniaturized needles. Now an extended group of researchers are working together with industrial partners Renishaw PLC and Xograph Healthcare to carry out the first pre-clinical tests on animals with an eye toward clinical deployment. 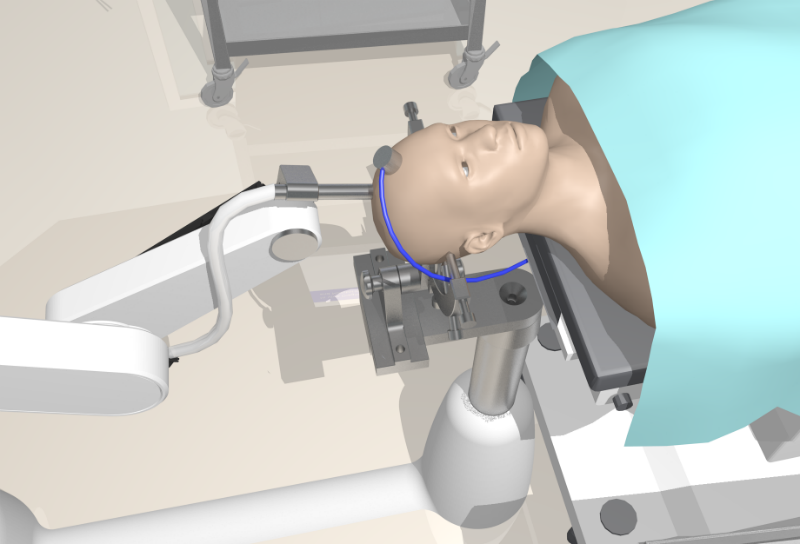 Thanks to modern magnetic resonance techniques, such as diffusion-weighted MRI and tractography which make it possible to study nervous tissue structure and the organization of the connections between different areas of the brain, neuroradiologists plan to provide high-resolution images allowing surgeons to visualize tissue affected by tumors in detail.

The resulting images will be used to plan the path of the robotic needle, which the neurosurgeon will then guide using a special joystick. An exteroceptive system, located on the
outside of the cannula, will track its position through intraoperative ultrasound imaging. A sensory system on the cannula will measure the needle’s curvature to ensure adherence to the planned path and safety of the patient.

The surgeon will be able to visually monitor the progress of the robotic needle until it reaches the desired treatment site, where the medication will be released through the cannula.

The researchers also foresee futuristic uses for the biomimetic surgical robot, including as a useful tool for in situ diagnostics or for performing other kinds of localized treatment, such as deep brain stimulation for Parkinson’s disease and laser therapy.

EDEN2020 is expected to continue until March 2020 with funding from the EU Horizon 2020 program.