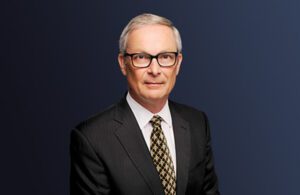 Brian Hutchison has taken over as president and CEO of Raumedic Inc. after stepping down from the same roles at Catalyst OrthoScience last month.

Hutchison joined Naples, Florida-based Catalyst as executive chairman and CEO in 2018. He has been replaced as CEO of Catalyst by Carl O’Connell, but remains a “significant investor” in the upper extremity orthopedics device maker, the company said.

“We thank Brian for the work he has done to build this company to where it is today,” Catalyst said in a news release.

The most recent Raumedic Inc. CEO, Stefan Seuferling, will maintan his responsibility for the Helmbrechts, Germany-based medical device component developer and manufacturer’s global business operations as CEO of Raumedic AG and chair of Raumedic Inc., the company’s U.S. operations.

Before his time at Catalyst, Hutchison was president and CEO of RTI Surgical and held leadership roles at Stryker, including VP of worldwide product development and distribution and president of Stryker’s medical division.

“We are really happy that we could attract an experienced and successful executive like Brian Hutchison to Raumedic,” Seuferling said today in a news release. “The U.S. market is filled with potential for Raumedic. We really believe that we will be able to continue expanding our business activities there now that we have brought Brian Hutchison on board.”

Hutchison started as CEO on Feb. 8 and said he plans to focus on expanding Raumedic’s business units, homing in on the pharmaceutical market and medical technology in particular.