Last Christmas Eve, after more than 20 days spent at daughter Hannah’s bedside, Marsha and Tommy Coulter were called into a Texas hospital conference room faced with an unimaginable decision.

“The doctor asked us to consider taking Hannah off the vent and letting her go,” Marsha Coulter remembers. “It was one of the worst days of our lives. The worst Christmas Eve we could imagine. We cried all day and night. I begged God to keep this from happening. We were just hoping for a miracle.”

For 14-year-old Hannah, every breath was a battle. A lethal combination of a small chest cavity, an artery pushing up against her trachea and a rare, life-threatening disease that weakens the windpipe called tracheobronchomalacia had made breathing and eating increasingly difficult for the teen, who also has autism. Other surgeries hadn’t helped and few options were left.

But on Christmas morning, her parents woke up with new hope. Texas doctors had researched one other option at the University of Michigan’s C.S. Mott Children’s Hospital in Ann Arbor where a 3D printed airway splint procedure had helped babies with Hannah’s condition. Two months later, Hannah became the first teenager to receive the custom airway splint. She is now back to school and preparing to celebrate a much brighter holiday season with her family.

“This year we are looking forward to the best Christmas season we’ve ever had because Hannah is still with us,” Marsha says. “It will just be so much more meaningful. We are grateful for this past year. It has been the hardest year of our lives, for sure, but also, we have felt the most loved, taken care of and supported.”

A First for U-M
Hannah’s case was the first of its kind. The U-M team had implanted 3D splints designed for infants but never for a nearly adult patient. Mott surgeon Dr. Glenn Green was able to obtain emergency clearance from the Food and Drug Administration to implant a custom splint for Hannah, making her the first teen to benefit from the procedure.

“This was a major lifesaving surgery,” says Green, M.D., associate professor of pediatric otolaryngology at Mott. “In contrast to the neonatal disease of tracheobronchomalacia, the adult disease shows up later and more gradually, often worsening until death. An adult is much more likely to die several years after a diagnosis than an infant.”

“Because of her age, Hannah’s case was a big first for us since our other procedures have all involved infants who needed airway support that would grow with them,” Green adds.

“Being able to help Hannah indicates that we may not only be able to provide better treatment for other older children but for adults with these rare conditions who have no other options.”

Green and U-M engineer Scott Hollister developed the 3D printed technology in 2012 that’s been used to help four babies at Mott. This month, U-M signed an agreement to commercialize the technology, paving the way for a clinical trial for 30 patients with similar conditions. While the infants’ splints were made of bioresorbable material designed to grow with the children and eventually dissolve, Hannah’s airway splint will last the rest of her life. 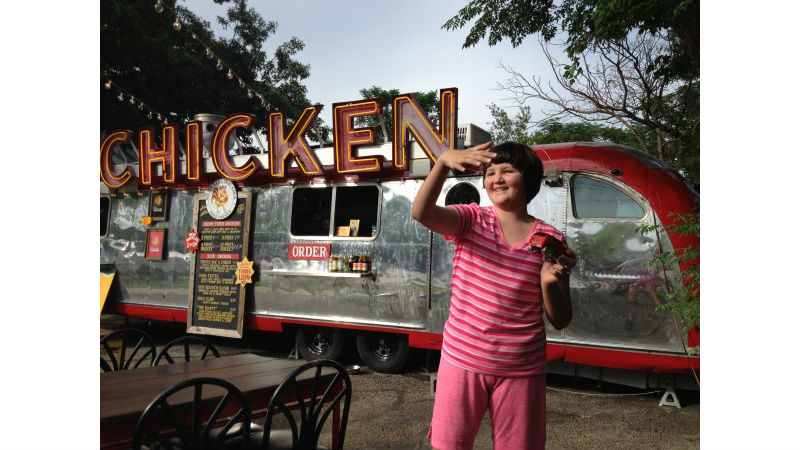 The Last Hope
Hannah had been mistakenly treated throughout her life for what doctors believed was progressive asthma. But symptoms continued to get worse until she was diagnosed last year with life-threatening tracheobronchomalacia.

“They told us her airway was so narrow that it was like breathing through a straw,” Tommy Coulter says. “It was shocking to everyone that she had survived it for so long.”

Hannah received several other procedures in Texas but none opened her trachea as much as doctors had hoped. The nearly month-long hospitalization there, which required medically-induced paralysis, had taken its toll on the teen.

“When Dr. Green told us she was the first older child to have a procedure with this type of splint, we were of course nervous but at the same time it was incredible to know that this little girl with autism, who is non-verbal and can’t say a word, can help make this kind of difference,” Marsha says.

“This technology can give these kids a better quality of life and possibly save their lives. Every day, Hannah is more like herself and we feel like we have our girl back. I’m grateful we were able to come to Michigan to be a part of this work and that we can look forward to many more holidays with Hannah. We got our miracle.”