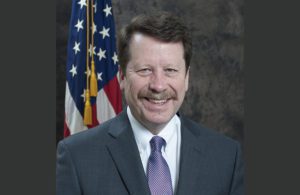 Dr. Robert Califf will return to the FDA as commissioner under President Joe Biden. [Photo courtesy of the FDA]

The vote capped a months-long campaign to secure Califf’s confirmation after President Joe Biden nominated him to return to  the post he held near the end of the Obama administration.

The Senate voted 49-45 yesterday on a cloture vote to limit debate and move toward a final vote on Califf’s confirmation.

Several Republicans joined Democrats on today’s tight vote, enabling Califf’s nomination to overcome strong opposition from Sen. Joe Manchin, D–West Virginia. Manchin has been critical of Califf’s work as a drug company consultant, suggesting that his ties to the pharma industry are too close when the country is still dealing with an opioid abuse epidemic.

“Dr. Califf has shown us who he is, and he has shown a complete lack of interest in actually making the difficult decisions that we need the leader of the FDA to make,” Manchin said before yesterday’s cloture vote, as related by CNN. “Nothing that Dr. Califf has said or done has led me to believe he will operate the FDA any differently than he did during his previous tenure.”

A retired Duke University professor and senior advisor at Google’s life sciences sister company Verily, Califf previously won confirmation in a bipartisan 89-4 vote before serving as commissioner from 2016 to 2017 during the Obama administration.

At the end of January, Califf shored up support from some of the more progressive Democratic senators after sending a letter to Sen. Elizabeth Warren, D-Massachusetts, and making ethics commitments that went beyond what is required.

For example, Califf promised that for four years after his tenure, he wouldn’t seek employment or compensation from pharmaceutical and medical device companies he interacts with while he is the FDA commissioner.

“I intend to pursue opportunities in higher education to help educate the next generation of medical leaders. I have, and always will be, a physician and researcher first,” Califf said in the Jan. 27 letter.