Michael Koumjian, a heart surgeon for nearly three decades, said he considered treating the sickest patients a badge of honor. The San Diego doctor was frequently called upon to operate on those who had multiple illnesses or who’d undergone CPR before arriving at the hospital.

Recently, however, Koumjian received some unwelcome recognition: He was identified in a public database of California heart surgeons as one of seven with a higher-than-average death rate for patients who underwent a common bypass procedure.

“If you are willing to give people a shot and their only chance is surgery, then you are going to have more deaths and be criticized,” says Koumjian, whose risk-adjusted death rate was 7.5 per 100 surgeries in 2014-15. “The surgeons that worry about their stats just don’t take those cases.”

Now, Koumjian says he is reconsidering taking such complicated cases because he can’t afford to continue being labeled a “bad surgeon.”

California is one of a handful of states — including New York, Pennsylvania and New Jersey — that publicly reports surgeons’ names and risk-adjusted death rates on a procedure known as the “isolated coronary artery bypass graft.” The practice is controversial: Proponents argue transparency improves quality and informs consumers. Critics say it deters surgeons from accepting complex cases and can unfairly tarnish doctors’ records.

“This is a hotly debated issue,” says Ralph Brindis, a cardiologist and professor at UC-San Francisco who chairs the advisory panel for the state report. “But to me, the pros of public reporting outweigh the negatives. I think consumers deserve to have a right to that information.”

Prompted by a state law, the Office of Statewide Health Planning and Development began issuing the reports in 2003 and produces them every two years. Outcomes from the bypass procedure had long been used as one of several measures of hospital quality. But that marked the first time physician names were attached — and the bypass is still the only procedure for which such physician-specific reports are released publicly in California.

California’s law was sponsored by consumer advocates, who argued that publicly listing the names of outlier surgeons in New York had appeared to bring about a significant drop in death rates from the bypass procedure. State officials say it has worked here as well: The rate declined from 2.91 to 1.97 deaths per 100 surgeries from 2003 to 2014.

“Providing the results back to the surgeons, facilities and the public overall results in higher quality performance for everybody,” says Holly Hoegh, manager of the clinical data unit at the state’s health planning and development office. 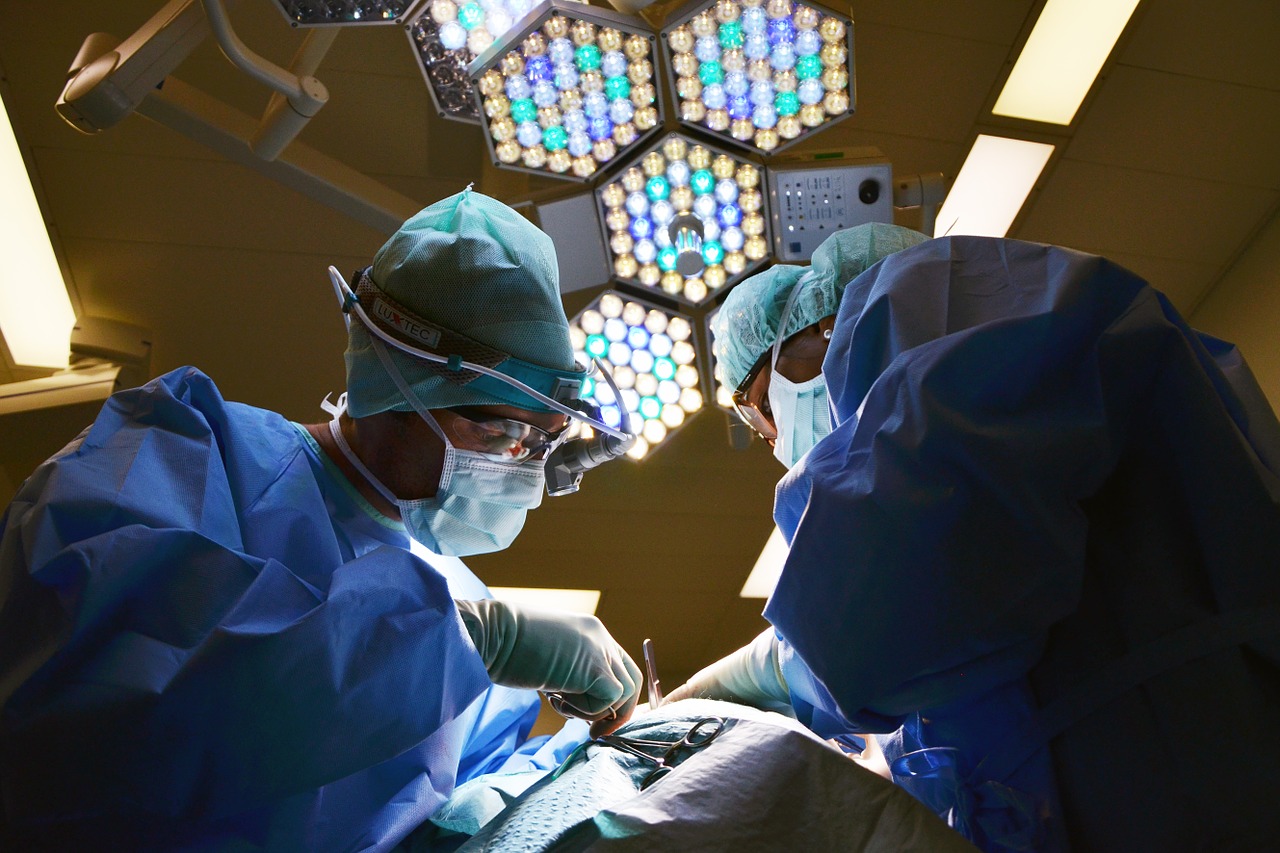 Since the state began issuing the reports, the number of surgeons with significantly higher death rates than the state average has ranged from six to 12, and none has made the list twice. The most recent report, released in May, is based on surgeries performed in 2013 and 2014.

In this year’s report, the seven surgeons with above-average death rates — out of 271 surgeons listed — include several veterans in the field. Among them were Daniel Pellegrini, chief of inpatient quality at Kaiser Permanente San Francisco and John M. Robertson, director of thoracic and cardiovascular surgery at Providence Saint John’s Health Center in Santa Monica. Most defended their records, arguing that some of the deaths shouldn’t have been counted or that the death rates didn’t represent the totality of their careers. (Kaiser Health News, which produces California Healthline, is not affiliated with Kaiser Permanente.)

“For the lion’s share of my career, my numbers were good and I’m very proud of them,” says Pellegrini. “I don’t think this is reflective of my work overall. I do think that’s reflective that I was willing to take on tough cases.”

During the two years covered in the report, Pellegrini performed 69 surgeries and four patients died. That brought his risk-adjusted rate to 11.48 deaths per 100, above the state average of 2.13 per 100 in that period.

Pellegrini says he supports public reporting, but he argues the calculations don’t fully take the varying complexity of the cases into account and that a couple of bad outcomes can skew the rates.

Robertson says in a written statement that he had three very “complex and challenging” cases involving patients who came to the hospital with “extraordinary complications and additional unrelated conditions.” They were among five deaths out of 71 patients during the reporting period, giving him an adjusted rate of 9.75 per 100 surgeries.

“While I appreciate independent oversight, it’s important for consumers to realize that two years of data do not illustrate overall results,” Robertson says. “Every single patient is different.”

The rates are calculated based on a nationally recognized method that includes deaths occurring during hospitalization, regardless of how long the stay, or anytime within 30 days after the surgery, regardless of the venue. All licensed hospitals must report the data to the state.

State officials said that providing surgeons’ names can help consumers make choices about who they want to operate on them, assuming it’s not an emergency.

“It is important for patients to be involved in their own health care, and we are trying to work more and more on getting this information in an easy-to-use format for the man on the street,” says Hoegh, of the state’s health planning and development office.

No minimum number of surgeries is needed to calculate a rate, but the results must be statistically significant and are risk-adjusted to account for varying levels of illness or frailty among patients, Hoegh says.

She acknowledges that “a risk model can never capture all the risk” and says her office is always trying to improve its approach.

Surgeons sometimes file appeals — arguing, for example, that the risk was improperly calculated or that the death was unrelated to the surgery. The appeals can result in adjustments to a rate, Hoegh says.

Despite the controversy it generates, the public reporting is supported by the California Society of Thoracic Surgeons, the professional association representing the surgeons. No one wants to be on the list, but “transparency is always a good thing,” says Junaid Khan, president of the society and director of cardiovascular surgery at Alta Bates Summit Medical Center in the Bay Area.

“The purpose of the list is not to be punitive,” says Khan. “It’s not to embarrass anybody. It is to help improve quality.”

Khan adds that he believes outcomes of other heart procedures, such as angioplasty, should also be publicly reported.

Consumers Union, which sponsored the bill that led to the cardiac surgeon reports, supports expanding doctor-specific reporting to include a variety of other procedures — for example, birth outcomes, which could be valuable for expectant parents as they look for a doctor.

“Consumers are really hungry for physician-specific information,” says Betsy Imholz, the advocacy group’s special projects director. And, she adds, “care that people receive actually improves once the data is made public.”

But efforts to expand reporting by name are likely to hit opposition. Officials in Massachusetts, who had been reporting bypass outcomes for individual doctors, stopped doing it in 2013. Surgeons supported reporting to improve outcomes, but they were concerned that they were being identified publicly as outliers when they really were just taking on difficult cases, said Daniel Engelman, president of the Massachusetts Society of Thoracic Surgeons.

“Cardiac surgeons said, ‘Enough is enough. We can’t risk being in the papers as outliers,’” Engelman says.

Engelman says the surgeons cited research from New York showing that public reporting may have led surgeons to turn away high-risk patients. Hoegh said research has not uncovered any such evidence in California.

Faraci, 75, says his rate (8.34 per 100) was based on four deaths out of 33 surgeries, not enough to calculate death rates, he says. Faraci, who is semi-retired, said he isn’t too worried about the rating, though. “I have been in practice for over 30 years and I have never been published as a below-average surgeon before,” he says.

Odeh, 45, performed 10 surgeries and had two deaths while at Presbyterian Intercommunity Hospital in Whittier, resulting in a mortality rate of 26.17 per 100. “It was my first job out of residency, and I didn’t have much guidance,” Odeh says. “That’s a recipe for disaster.”

Odeh says those two years don’t reflect his skills as a surgeon, adding that he has done hundreds of surgeries since then without incident.

Marmureanu, who operates at several Los Angeles-area hospitals, had a mortality rate of 18.04 based on three deaths among 22 cases. “I do the most complicated cases in town,” he says, adding that one of the patients died later after being hit by a car.

“Hospital patients don’t care” about the report. he says. “Nobody pays attention to this data other than journalists.”

KHN’s coverage in California is funded in part by Blue Shield of California Foundation.

This story also ran in the Los Angeles Times. ​