Parents struggling to find and afford therapy for their child with autism may eventually be able to provide that therapy themselves with the help of telehealth training.

Findings from a federally funded pilot study on telehealth training at Michigan State University show the online program successfully helped parents of children with autism improve their child’s social communication using research-based intervention techniques. The results are published online in the international journal Autism and in the Journal of Autism and Developmental Disorders.

Further research is under way at MSU, but the findings offer hope that telehealth – or the delivery of health services and information via the Internet and related technologies – can fill a massive need. The prevalence of autism has increased dramatically in the past two decades without a corresponding growth in the availability of intervention services for parents.

“We now have good preliminary evidence that telehealth can increase access to parent training interventions for families of young children with autism spectrum disorder,” said Brooke Ingersoll, lead investigator on the study. “The ultimate goal is to use these types of methods to assist parents who live in rural and medically underserved areas, underrepresented groups, and even countries that don’t have the infrastructure for more intensive service delivery.”

Ingersoll, MSU associate professor of psychology and a licensed psychologist, has spent more than 15 years researching potential solutions for families of children with autism, a developmental disorder that affects an estimated 1 in 68 children and has economic costs of more than $250 billion per year in the United States annually. The pilot study was funded by the Department of Defense’s Congressionally Directed Medical Research Programs, which has made autism one of its priorities.

The study involved 28 parents of children with autism. All parents completed one 75-minute self-directed online lesson per week, for a total of 12 weeks, and practiced the intervention techniques with their child. Half of the parents also received two 30-minute coaching sessions per week (24 total) from a therapist via video-conferencing. 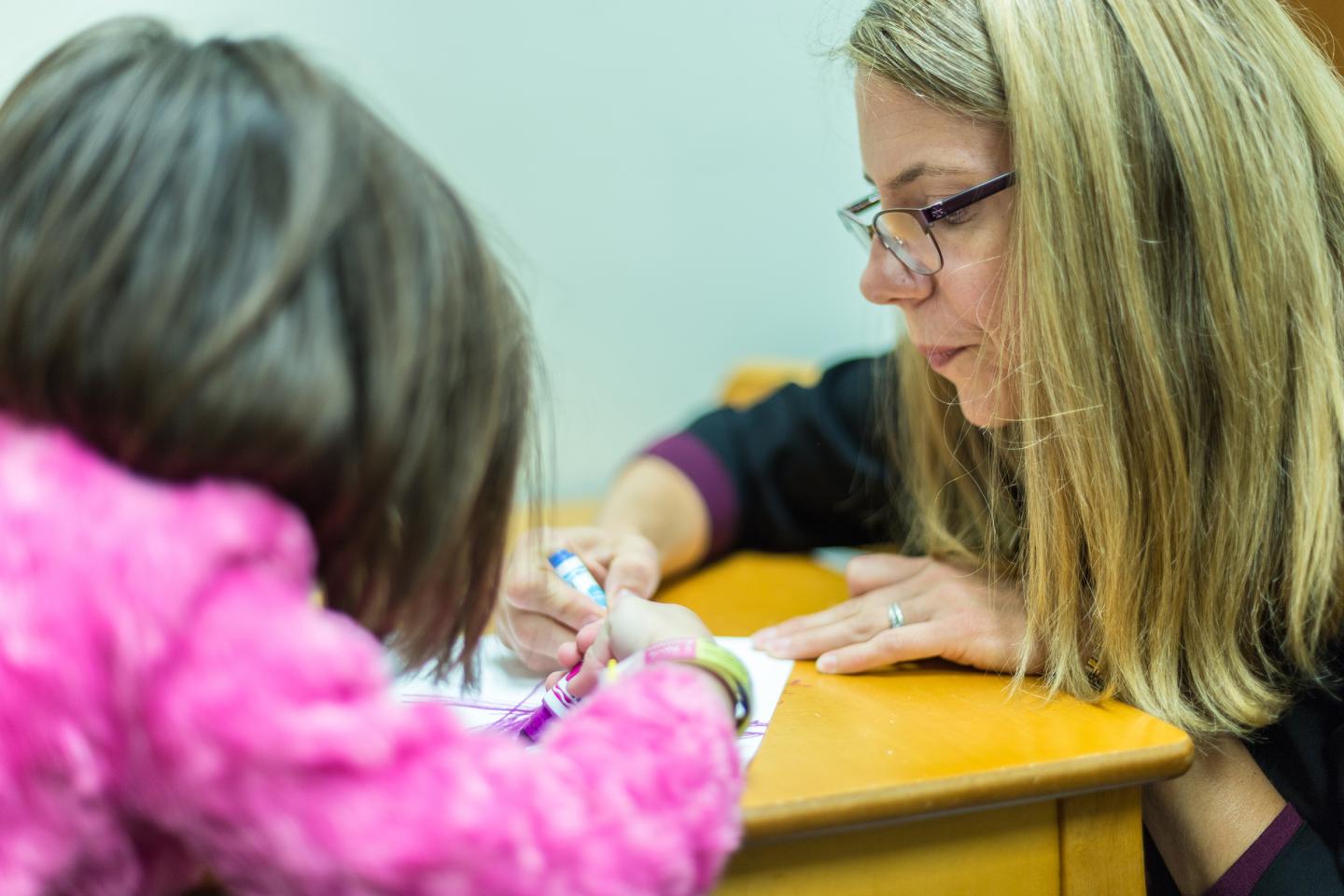 Results indicate that telehealth training benefited parents and children in both groups. Parents saw improvement in their child’s social communication skills and their own competence regardless of which group they were in, although parents who received therapist assistance made greater gains in their ability to use the intervention techniques. Ingersoll noted that therapist assistance would come at a higher cost and be available only during certain times of day.

With her current research, Ingersoll is trying to understand which level of training intensity may be best for different families in order to develop a stepped-care model. That project is funded by the U.S. Health Resources and Services Administration, which is part of the U.S. Department of Health and Human Services.

“The general idea of stepped-care is that you can have low-intensity, low-cost service available to all families in the form of self-directed parent training, and then parents who need more support in learning the intervention techniques can be provided with coaching via videoconferencing. The key is to identify which families will need more support in order to benefit from telehealth training.”

In the pilot study, parents in both groups also saw improvements in their stress levels – an important finding, Ingersoll noted, as parents of children with autism often experience higher stress than other parents.

“Parents of children with autism can be highly stressed and oftentimes it’s because they don’t know how to communicate with their child. Many parents feel at a loss. So by giving them the skills to help communicate and engage with their child, it improves their sense of competence and decreases their stress.”

Ultimately, telehealth has improved care for people with chronic diseases and increased access to health information in other fields. The potential is there for autism as well.

“There is a lot of excitement about the use of telehealth technology for autism spectrum disorder, but at the same time we still need more research and information on how to best deliver it,” Ingersoll said.