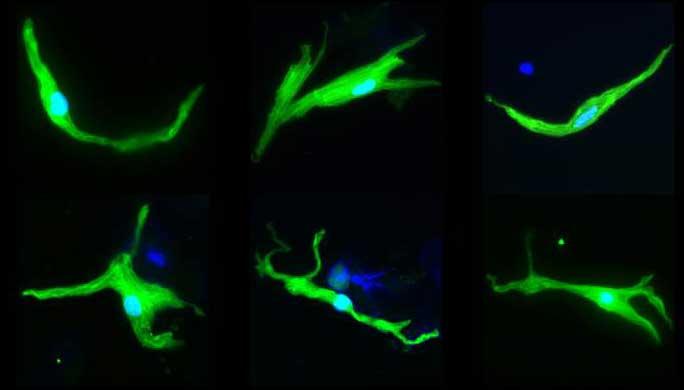 Although today’s pacemakers are lifesaving electronic devices, they are limited by their artificial nature. For example, their parts can fail or they can become infected. In addition, the devices require regular maintenance, must be replaced periodically, and can only approximate the natural regulation of a heartbeat. A Review article published on November 20 in Trends in Molecular Medicine highlights the promise and limitations of new methods based on stem cell and reprogramming technologies to generate biological pacemakers that might one day replace electronic pacemakers.

“Theoretically, biological pacemakers, which are composed of electrically active cells that can functionally integrate with the heart, could provide natural heart rhythm regulation without the need for indwelling hardware,” says author Vasanth Vedantham, of the University of California, San Francisco.

To create biological pacemakers, one approach is to coax stem cells to become specialized cardiac pacemaker cells that are normally found within the sinoatrial node of the heart. These are then transplanted into an ailing heart to restore pacemaking function. Another promising approach is to directly reprogram supporting cells, already present in the heart–for instance, fibroblasts (e.g., connective tissue)–and convert them into pacemaker cells to restore cardiac function.

Vedantham states that initial large animal studies on biological pacemakers have generated promising results but that much more work remains ahead before biological pacing can be actually considered a clinically viable therapy. For example, researchers need to better understand the mechanisms controlling the development and maintenance of pacemaker cells in the sinoatrial node, just as they must develop ways to compare experimental biological pacemaker tissue with bona fide sinoatrial node tissue. Also, scientists will need to improve the methods used to deliver cells to desired locations within the heart, as well as the recovery of specific individual cells for detailed characterization and functional analyses.

“Biological pacemakers must meet a very high standard of performance to supplant electronic pacemakers,” Vedantham says. “Because even a few seconds without a heartbeat can lead to serious consequences, a biological pacemaker would need to exhibit very robust and reliable performance. It remains to be determined whether this will be technically feasible. Despite such challenges, the field is poised for rapid progress over the next few years,” he adds.