Making x-ray machines smaller and lighter with carbon nanotube technology is being used to revolutionize the market in the medical devices industry.

Micro-X has established its headquarters in Adelaide, the capital of South Australia, in preparation for the production of its lightweight machines.

Managing Director Peter Rowland said Micro-X had successfully produced a 75kg mobile x-ray machine – just a fraction of the size and weight of the 600kg machines traditionally used in hospitals.

He said Micro-X had the rights to apply technology from a company in the United States that was commercializing the carbon nanotubes as the electron emitter within an x-ray machine. 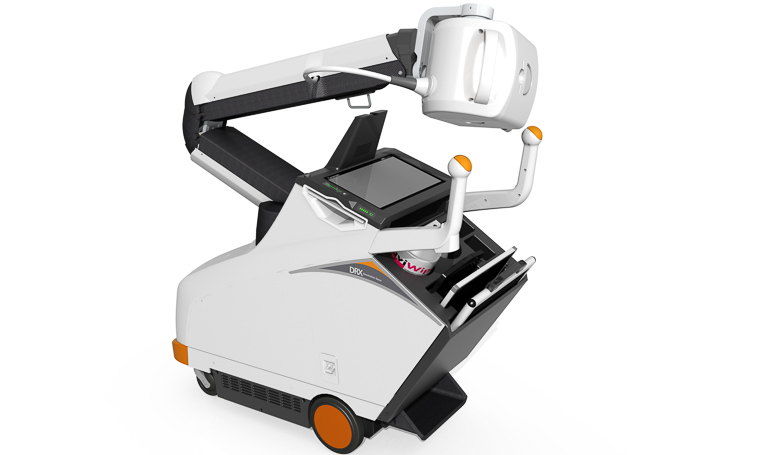 The machine weighs in at 75kg, just a fraction of typical machines.

“This technology was developed at the University of North Carolina at Chapel Hill and partially at Duke University, which is nearby but we’ve got the sole rights to apply that technology in mobile medical,” Rowland said.

“By comparison, our tube is one kilogram and is about the size of a large grapefruit. Our task has been to reduce the size of the overall cart in the same ratio.”

Rowland said the portable x-ray machines, which are due to be released towards the end of the year, would address a real market need.

“A lot of medical devices are very clever but if they require a change to the way medicine is practiced – if it’s a disruptive product – then sales are going to come very slowly because you not only have to sell the technology in the product but you also have to sell a whole new way of doing things,” he said.

“That’s not the kind of path to revenue you need for a startup company so our first product is simply a better mousetrap.

“There’s a clear market interest in a unit that’s smaller, can get into tighter spaces, is easy to maneuver with less effort for radiographers and we’re coming in at half the price.”

He said there was also an opportunity for aged care facilities or visiting radiologists to easily transport the units to where they were needed and then email x-rays to treating physicians to help keep patients out of hospitals and medical clinics.

“We had a soft product launch at the radiology society of North America with our distribution partner in Chicago in November and the unit was an amazing success.

“We had people from hospitals all over the world saying ‘when can we get one’.”

Micro-X is undertaking regulatory testing of the units for functionality and longevity before it embarks on full-scale production in the coming months at its assembly line in South Australia.

The company is located in the Tonsley precinct, the site of a former Mitsubishi car manufacturing plant, which has been converted into a modern hub for high-value industries.

Micro-X was given a one-year $3 million loan by the South Australian Government to launch production and expects to build about 150 saleable units by the end of the year.

“We’re sizing our initial factory to be able to build four units a day so that’s about 1000 units a year,” Rowland said.

“We’ve designed this unit to be built in Australia.

“It’s cleverly designed so that the assembly operation is not labor intensive – if you can put them together in a very short time then the price of Australian labor doesn’t end up being a major deterrent in the end cost of the product.”

This article originally appeared in The Lead South Australia.