CardioFocus, Inc. announced the first commercial U.S. procedure using its HeartLight endoscopic ablation system for the treatment of patients with paroxysmal atrial fibrillation (AF) at Mount Sinai Hospital in New York City. The HeartLight system received premarket approval (PMA) from the U.S. Food and Drug Administration (FDA) in April 2016. This procedure marks the initiation of the company’s commercialization of the system in the large and growing U.S. AF market.

The first commercial HeartLight procedure was successfully performed on September 26. The procedure was led by Srinivas R. Dukkipati, M.D., director of the electrophysiology lab and co-director of cardiac arrhythmia services at Mount Sinai Hospital, a clinical investigator in the HeartLight pivotal trial, and lead author of the pivotal study results article published in the Journal of The American College of Cardiology (JACC), with support from Vivek Y. Reddy, M.D., director of cardiac arrhythmia services for Mount Sinai, the Leona M. and Harry B. Helmsley Charitable Trust professor of medicine in cardiac electrophysiology at the Icahn School of Medicine at Mount Sinai, and co-principal investigator of the HeartLight trial. 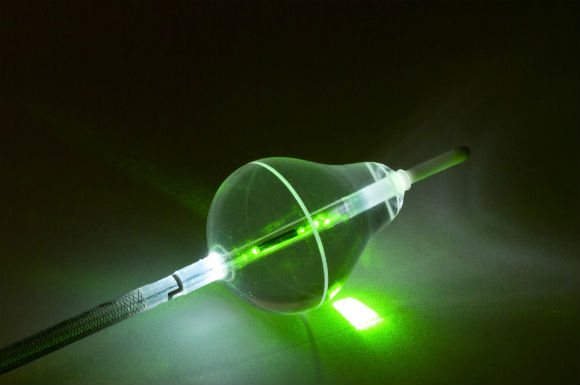 Dr. Dukkipati commented, “More than 2.7 million people in the United States alone suffer from AF, and despite treatment advancements, the numbers are growing, mostly due to an aging population. Treating paroxysmal AF before it advances to a persistent or permanent state will drastically improve patient long-term outcomes. The HeartLight system offers a new approach to effective patient treatment through direct visualization, titratable energy and a compliant balloon design, all of which lead to durable pulmonary vein isolation with unprecedented access and control.”

Paul LaViolette, CardioFocus executive chairman, added, “Following approval from the U.S. FDA, we are pleased to now commercially offer HeartLight for paroxysmal AF patients in the U.S. market. HeartLight has already been used to treat more than 3,700 patients worldwide, and building on the first commercial U.S. procedure at Mount Sinai, we will continue to scale up installations at electrophysiology labs across the country to treat patients in need. Our focused and selective launch, which enables us to move forward strategically and work closely with hand-picked physicians and sites, is proceeding as planned. We continue to receive excellent feedback from interested physicians.” 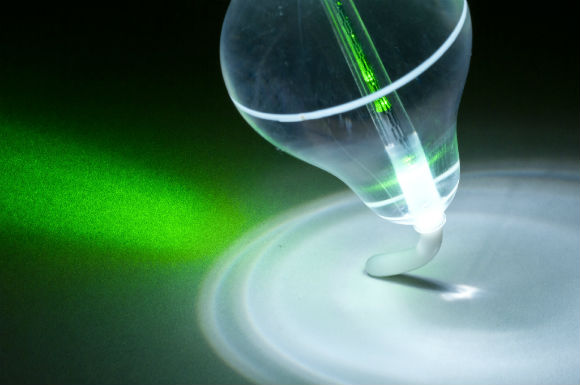 Burke Barrett, CardioFocus chief operations officer, said, “HeartLight differs from other AF ablation solutions by allowing electrophysiologists to see within the heart and for the first time, visually direct the application of therapeutic laser energy. The system also allows for procedural flexibility through a highly compliant balloon that easily accommodates diverse anatomies. We are excited to offer the technology, following PMA approval based on our pivotal U.S. study that showed the majority of patients experienced freedom from paroxysmal AF at 12 months following a single ablation procedure. Both Dr. Dukkipati and Dr. Reddy have been instrumental in evaluating the HeartLight system so it is fitting that Mount Sinai is the first U.S. commercial HeartLight center. We are also pleased to see that many of the other pivotal study sites are interested in transitioning from clinical to commercial use of the system.”

About the Mount Sinai Health System

The Mount Sinai Health System is New York City’s largest integrated delivery system encompassing seven hospital campuses, a leading medical school, and a vast network of ambulatory practices throughout the greater New York region. Mount Sinai’s vision is to produce the safest care, the highest quality, the highest satisfaction, the best access and the best value of any health system in the nation.

The system includes approximately 6,100 primary and specialty care physicians; 10 joint-venture ambulatory surgery centers; more than 140 ambulatory practices throughout the five boroughs of New York City, Westchester, Long Island, and Florida; and 31 affiliated community health centers. Physicians are affiliated with the renowned Icahn School of Medicine at Mount Sinai, which is ranked among the highest in the nation in National Institutes of Health funding per investigator.

About the HeartLight Endoscopic Ablation System

The approved PMA submission for the HeartLight system contained comprehensive safety and effectiveness data from the Company’s multi-center HeartLight U.S. pivotal clinical study, a randomized, controlled trial in which a total of 353 participants were randomized at 19 leading arrhythmia centers across the United States.1

HeartLight has been in use in Europe since receiving CE Mark in 2009.