“The launch of the Surfacer System in Europe brings a much-needed solution to a growing population of patients requiring vascular access for vital treatments and who currently have limited options due to obstructed upper body access,” says Gürkan Sengölge, M.D., Associate Professor of Medicine, Nephrology, and Intensive Care Medicine at the Medical University of Vienna in Austria. “I was very pleased with my first commercial use of the Surfacer System. No other device offers such an innovative Inside-Out method for restoring access and preserving options in patients with chronically occluded veins. Based on my initial experience, I am confident that the Surfacer System will change the standard of care going forward.”

The Surfacer System is designed to reliably, efficiently, and repeatedly gain central venous access by inserting the Surfacer System through the femoral vein and navigating it up through the patient’s venous system with an exit point in the right internal jugular vein, the optimal location for placing a central venous catheter. This proprietary Inside-Out approach allows for the placement and maturation of permanent arteriovenous access options that are associated with improved patient outcomes and reduced cost of care for both hospitals and hemodialysis providers. 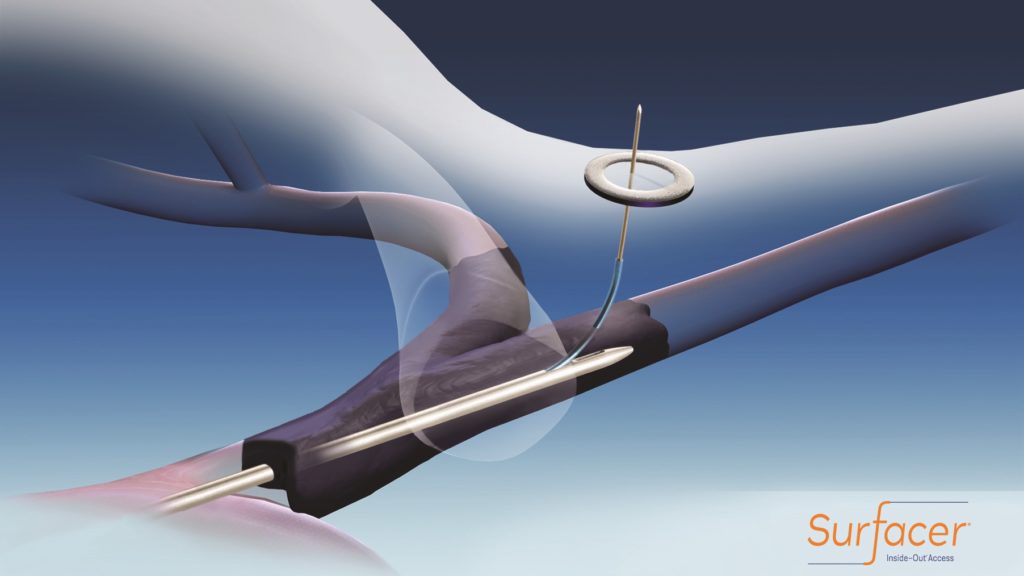 “This is a major milestone both for our company and for patients with occlusive disease,” states Gabriele Niederauer, Ph.D., CEO and President of Bluegrass Vascular. “After successful use of our device in initial commercial cases and previously underGermany’s Compassionate Use Program, we are eager to commercialize the system in Europe and meet the clinical demand from physicians treating patients with occluded central veins.”

Bluegrass Vascular has launched the Surfacer System in limited markets, including the UK, Germany, Austria, Italy, and the Benelux. The company will also commence enrollment of the Surfacer System to Facilitate Access in Venous Occlusions (SAVE) Study, an observational, post-market registry for patients with limited or diminishing upper body venous access or pathology impeding standard access methods.