Like a great orchestra, your brain relies on the perfect coordination of many elements to function properly. And if one of those elements is out of sync, it affects the entire ensemble. In Alzheimer’s disease, for instance, damage to specific neurons can alter brainwave rhythms and cause a loss of cognitive functions.

One type of neuron, called inhibitory interneuron, is particularly important for managing brain rhythms. It’s also the research focus of a laboratory led by Jorge Palop, PhD, assistant investigator at the Gladstone Institutes. In a study published in Neuron, Palop and his collaborators uncovered the therapeutic benefits of genetically improving these interneurons and transplanting them into the brain of a mouse model of Alzheimer’s disease.

Interneurons control complex networks between neurons, allowing them to send signals to one another in a harmonized way. You can think of inhibitory interneurons as orchestra conductors. They create rhythms in the brain to instruct the players — excitatory neurons — when to play and when to stop. An imbalance between these two types of neurons creates disharmony and is seen in multiple neurological and psychiatric disorders, including Alzheimer’s disease, epilepsy, schizophrenia, and autism.

A Brain without a Conductor

Palop’s previous studies showed that, in mouse models of Alzheimer’s, the inhibitory interneurons do not work properly. So, the rhythms that organize the excitatory cells are disturbed and fail to function harmoniously, causing an imbalance in brain networks. This, in turn, affects memory formation and can lead to epileptic activity, which is often observed in patients with Alzheimer’s disease.

His team found a way to reengineer inhibitory interneurons to improve their function. They showed that these enhanced interneurons, when transplanted into the abnormal brain of Alzheimer mice, can properly control the activity of excitatory cells and restore brain rhythms.

“We took advantage of the fact that transplanted interneurons can integrate remarkably well into new brain tissues, and that each interneuron can control thousands of excitatory neurons,” said Palop, who is also an assistant professor of neurology at the University of California, San Francisco. “These properties make interneurons a promising therapeutic target for cognitive disorders associated with brain rhythm abnormalities and epileptic activity.”

First, the scientists had to overcome a significant challenge. When they transplanted regular interneurons, they saw no beneficial effects, presumably because Alzheimer’s disease creates a toxic environment in the brain.

The researchers then genetically boosted the activity of inhibitory interneurons by adding a protein called Nav1.1. They discovered that the interneurons with enhanced function were able to overcome the toxic disease environment and restore brain function.

“These optimized neurons are like master conductors,” said Palop. “Even with a declining orchestra, they can restore the rhythms and harmony needed for cognitive functions.”

The findings could eventually lead to the development of new treatment options for patients with Alzheimer’s disease.

“Besides the applications this cell engineering and transplantation approach may find in regenerative medicine, our findings support the broader concept that enhancing the function of interneurons can counteract key aspects of Alzheimer’s disease,” said Lennart Mucke, MD, director of the Gladstone Institute of Neurological Disease.

In addition to examining if the cell therapy could be translated from mice to humans, Palop and his team are working to identify potential drugs as an alternative way to enhance the function of inhibitory interneurons.

“Advancing our understanding of Alzheimer’s disease and identifying potential new treatment strategies are critical to addressing the escalating global health crisis,” said Elizabeth Edgerly, PhD, executive director of the Alzheimer’s Association, Northern California and Northern Nevada chapter. “We were proud to support Dr. Palop’s research and vision with an Investigator Initiated Research Grant award.” The Alzheimer’s Association, which funded part of the study, is the world’s largest nonprofit funder of Alzheimer’s research. 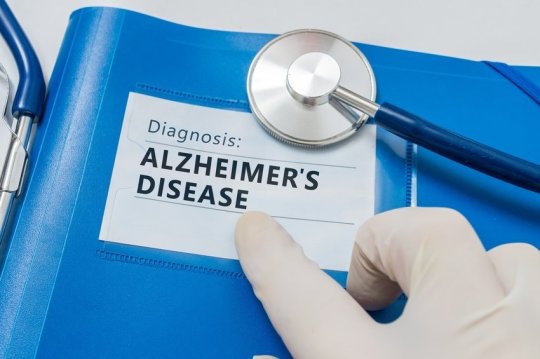 Scientists have found therapeutic benefits of genetically improving interneurons and transplanting them into the brain of a mouse model of Alzheimer’s disease. Credit: vchalup / Fotolia