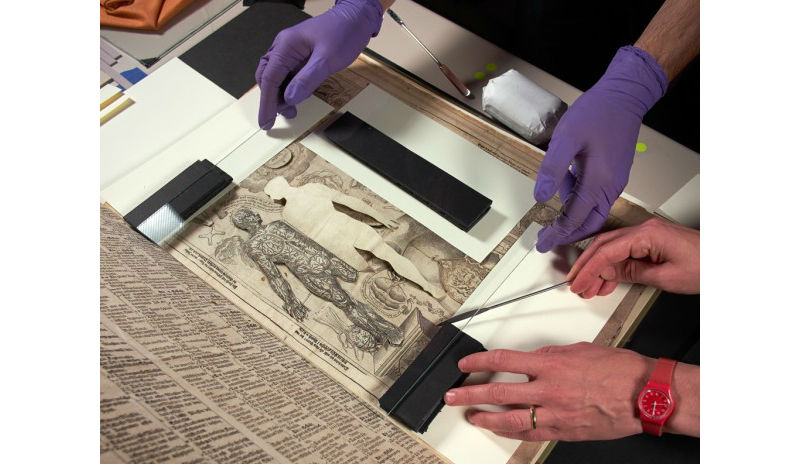 Archives & Special Collections at Columbia University’s Augustus C. Long Health Sciences Library announced the digitization of an important anatomical flap book – an early attempt to represent the three dimensionality of the human body in the two dimensional format of the book.

Intended more for the curious layperson than the medical student or physician, Remmelin’s work was a popular science best-seller of its day. It was reprinted numerous times throughout the 17th and 18th centuries and translated into Dutch, French, and German.

The three plates show a man and woman together along with the abdomen of a pregnant woman; a man alone; and a female alone. There are almost 120 flaps in total. Though this is a later edition, the plates appear to be identical with those in the first edition of 1619.

The digital copy can be found through its record in CLIO, the Columbia University Libraries’ online public catalog; it can also be accessed through the Medical Heritage Library, a digital curation collaborative of which the Health Sciences Library is a member.