Many cancers could be successfully treated if the patient consulted the doctor sufficiently early. But how can a developing cancer be detected if it doesn’t give rise to any symptoms? In the near future, suitably early diagnosis could be provided by simple and cheap chemical sensors – thanks to special recognizing polymer films developed at the Institute of Physical Chemistry of the Polish Academy of Sciences in Warsaw.

These days, cancer is no longer a death sentence for the patient. However, the best chances of recovery are when the correct treatment is undertaken at an early stage of the disease. This is where the trouble starts, because many tumors develop over a long period without any symptoms. One solution to this problem could be diagnostic tests available to everyone that could be performed by people themselves and on a relatively regular basis. A step bringing us closer to this sort of personalized medical diagnosis and cancer prophylaxis is the chemical sensor devised and fabricated by Prof. Wlodzimierz Kutner’s group from the Institute of Physical Chemistry of the Polish Academy of Sciences (IPC PAS) in Warsaw using a grant from the National Science Centre, in collaboration with the team of Prof. Francis D’Souza of the University of North Texas in Denton TX, USA. 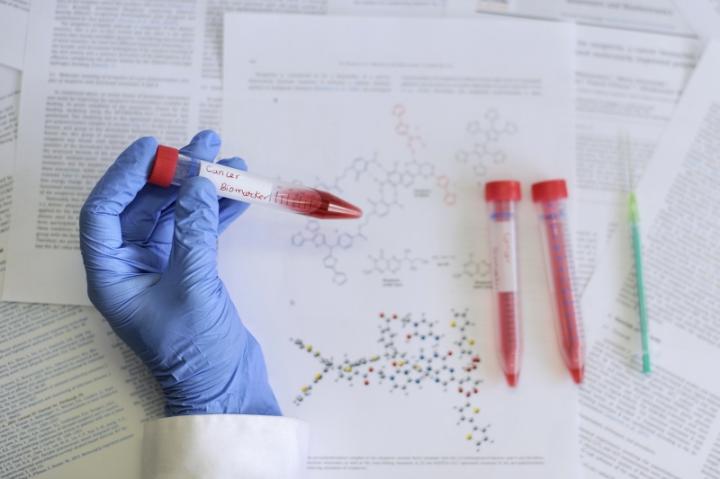 A special polymer film, developed at the Institute of Physical Chemistry of the Polish Academy of Sciences in Warsaw, recognizes molecules of neopterin. The film is a key element of future cancer detectors. (Credit: IPC PAS, Grzegorz Krzyzewski)

The most important element of the chemosensor devised at the IPC PAS is a thin film of the polymer that detects molecules of neopterin. Neopterin – in chemical terminology known as 2-amino-6-(1,2,3-trihydroxypropyl)-1H-pteridin-4-one) – is an aromatic compound present in human body fluids, such as serum, urine, and cerebrospinal fluid. Produced by the immune system, it is regarded as a universal marker in medical diagnosis. The concentration of this biomarker rises significantly particularly in the case of certain neoplastic diseases, e.g., malignant lymphoma, although elevated levels of neopterin are also seen in some viral and bacterial infections, as well as in diseases of parasitic aetiology. In turn, in transplant patients, increased levels of neopterin signal probable rejection.

“How can we detect the presence of neopterin? A reasonable approach is to use special recognizing materials for this purpose, prepared by molecular imprinting. This technique involves ‘stamping out’ molecules of the desired compound – their shape, but also at least some of the chemical characteristics – in a carefully designed polymer,” explains Dr. Piyush Sindhu Sharma (IPC PAS), the lead author of an article published in the Biosensors and Bioelectronics journal.

During the preparation of the polymer film, molecules of the substance being detected – in this case neopterin – are in a working solution in which their binding sites have to link with recognizing sites of so-called functional monomers. In turn, these monomers should be able to form connections with another monomer, a cross-linking agent which together, after polymerization, form a rigid support structure of the polymer. Next, the molecules of the compound used as a template are washed out from the structure. The result is a durable polymer with molecular cavities of a shape and chemical properties ensuring the capture of molecules of the desired compound from its surroundings.

The basic difficulty in molecular imprinting is the selection of the appropriate functional and cross-linking monomers as well as solvents, their proportions and reaction conditions. PhD student Agnieszka Wojnarowicz (IPC PAS) explains: “With the aid of quantum-chemical calculations, we first check whether there is bonding between our template molecule and selected functional monomers, and whether they will be stable in the solvent used. We also check whether the molecular cavities formed are sufficiently selective, i.e., whether they will primarily capture the molecules we are detecting, and not any that are similar to them. When the calculation results confirm our expectations, that is when we proceed to their experimental confirmation.” 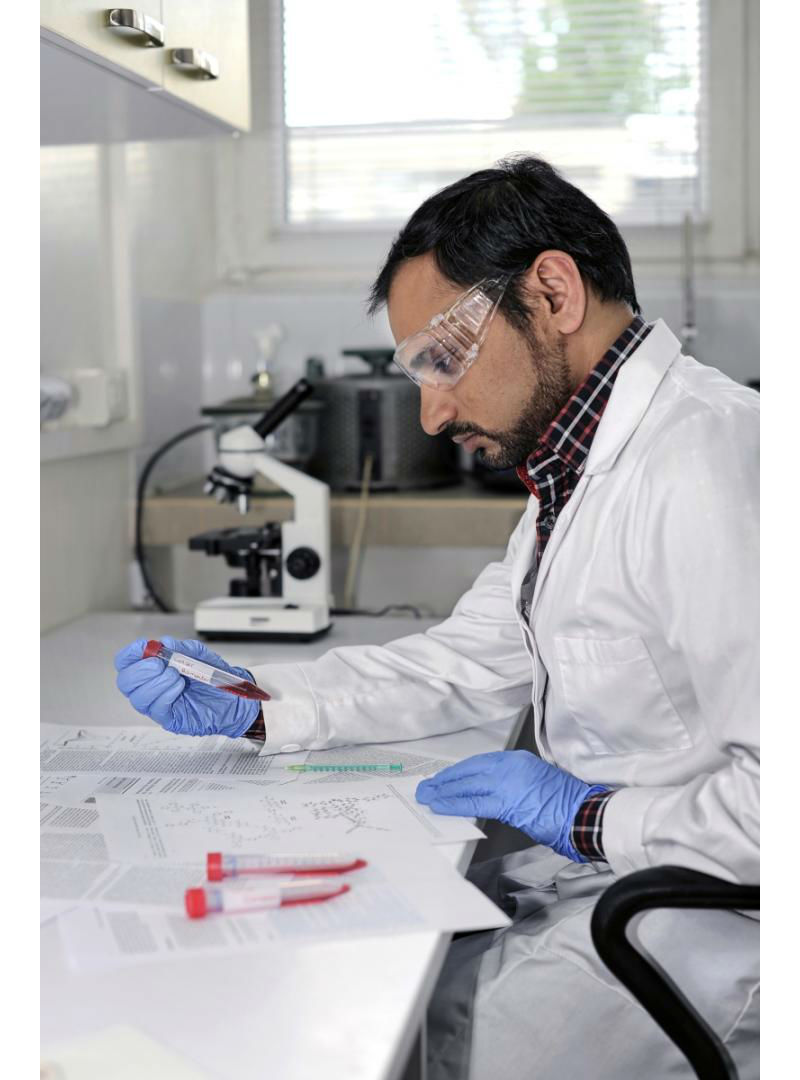 A special polymer film, developed at the Institute of Physical Chemistry of the Polish Academy of Sciences in Warsaw, recognizes molecules of neopterin. The film is a key element of future cancer detectors. Pictured above: Dr. Piyush Sindhu Sharma in the IPC PAS laboratory. (Credit: IPC PAS, Grzegorz Krzyzewski)

At the IPC PAS a recognizing polymer film with molecular cavities from neopterin has been produced on the surface of an electrode. After immersion in artificial blood serum spiked with neopterin, the film on the electrode captured molecules of the latter, thus leading to a decrease in electrical potential in the connected measuring system. The tests showed that the molecular cavities of the polymer were almost entirely filled with molecules of neopterin despite the presence of molecules of similar structure and properties. This result means that the probability of false positive detection (detecting the presence of neopterin in body fluids not containing it) is negligibly small. The new chemical sensor therefore mainly reacts to what it should react to – and nothing else.

“At present, our chemosensor is a piece of laboratory equipment. However, the production of its key element, that is, the recognizing polymer film, does not pose major problems, and the electronics responsible for electrical measurements can easily be miniaturized. There is nothing standing in the way of building simple and reliable diagnostic equipment, based on our development, in just a few years’ time, which would be affordable not only for medical institutions and doctors’ surgeries, but also for the public in general,” predicts Prof. Kutner (IPC PAS).