China is on track to lead the world in organ transplant surgeries by 2020 following its abandonment of the much-criticized practice of using organs from executed prisoners, the architect of the country’s transplant program recently said.

Chairman of the China Organ Donation and Transplantation Committee Huang Jiefu told the Associated Press that voluntary civilian organ donations had risen from just 30 in 2010, the first year of a pilot program, to more than 5,500 this year.

That will allow around 15,000 people to receive transplants this year, Huang said. The U.S. currently leads the world in organ transplants, with about 28,000 people receiving them each year.

“We anticipate according to the speed of the development of the organ donation in China, the momentum, in the year 2020, China will become the No. 1 country in the world to perform organ transplantation in an ethical way,” Huang said in an interview at his office in an ancient courtyard house inside Beijing’s old city. 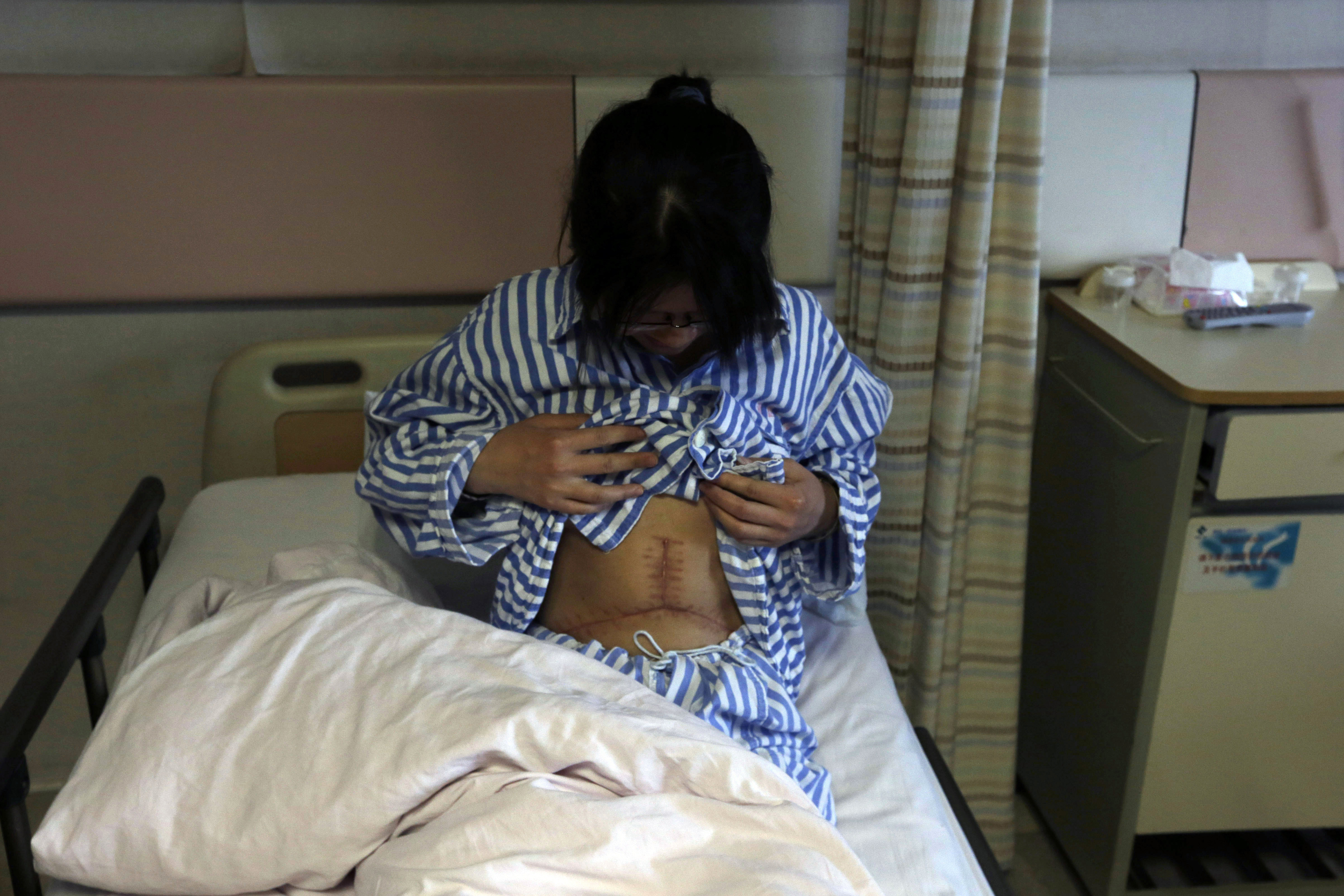 In this Wednesday, May 15, 2013, file photo, 28 year old Fang Hui shows off the scar from a living donor organ transplant operation where she received a portion of her sister’s liver, at a hospital in Hangzhou in eastern China’s Zhejiang province. The chief architect of China’s organ transplant program said Wednesday, July 26, 2017 that the country is on track to lead the world in transplant surgeries by 2020. (AP Photo/Ng Han Guan, File)

China is seeking to expand the number of willing organ donors, but has run up against some cultural barriers: Family members are still able to block a donation, even if the giver is willing, and Chinese are adverse to registering as donors by ticking a box on their drivers’ licenses, considering it to be tempting fate.

Instead, authorities are partnering with AliBaba, China’s virtually ubiquitous online shopping and payment platform, to allow people to register in just 10 seconds, Huang said. Huang said more than 210,000 Chinese have expressed their willingness to become donors, although that’s a drop in the bucket compared to the country’s population of 1.37 billion.

More qualified transplant coordinators and doctors are also needed, along with improved connections between the 173 hospitals certified to perform such operations, Huang said.

“It’s still a newborn baby, not yet a perfect system,” Huang said.

Huang said China has adhered to a complete ban on the use of organs from executed prisoners that went into effect in 2015, although some in the field outside China have called for the country to allow independent scrutiny to ensure it is keeping to its pledge.

Critics have questioned China’s claims of reform and suggested that the World Health Organization should be allowed to conduct surprise investigations and interview donor relatives. The U.N. health agency has no authority to enter countries without their permission.

Chinese officials say China shouldn’t be singled out for such treatment while other countries are not.

Further moving on from the days when foreigners could fly to China with briefcases of cash to receive often risky, no-questions-asked transplant surgeries, China has also taken measures to stamp out organ trafficking and so-called “transplant tourism,” including by limiting transplants to Chinese citizens.

At a conference on transplantation at the Vatican In February, Huang submitted an outline for a Chinese-backed task force to look into organ trafficking with the support from the transplantation committee that Huang heads. That proposal was endorsed in a June letter to Huang signed by the WHO’s Jose Ramon Nunez Pena and president of the Transplantation Society, Nancy Ascher.

In a further sign of importance to the field, China is hosting a major conference on transplantation in the southwestern city of Kunming next month.