It’s more than $1 billion over budget and five years behind schedule, but an elaborate new veterans hospital is finally ready to open in suburban Denver with the promise of state-of-the-art medical care.

Lawmakers were so angry they stripped the U.S. Department of Veterans Affairs of the authority to manage big projects in the future and gave it to the Army’s construction experts, the Corps of Engineers.

Veterans say they are frustrated by the slow and tortuous path but relieved the hospital is finally done.

Outpatient services will begin moving from the old hospital in Denver to the new facility on July 27, and hospitalized veterans will be transferred starting August 4. 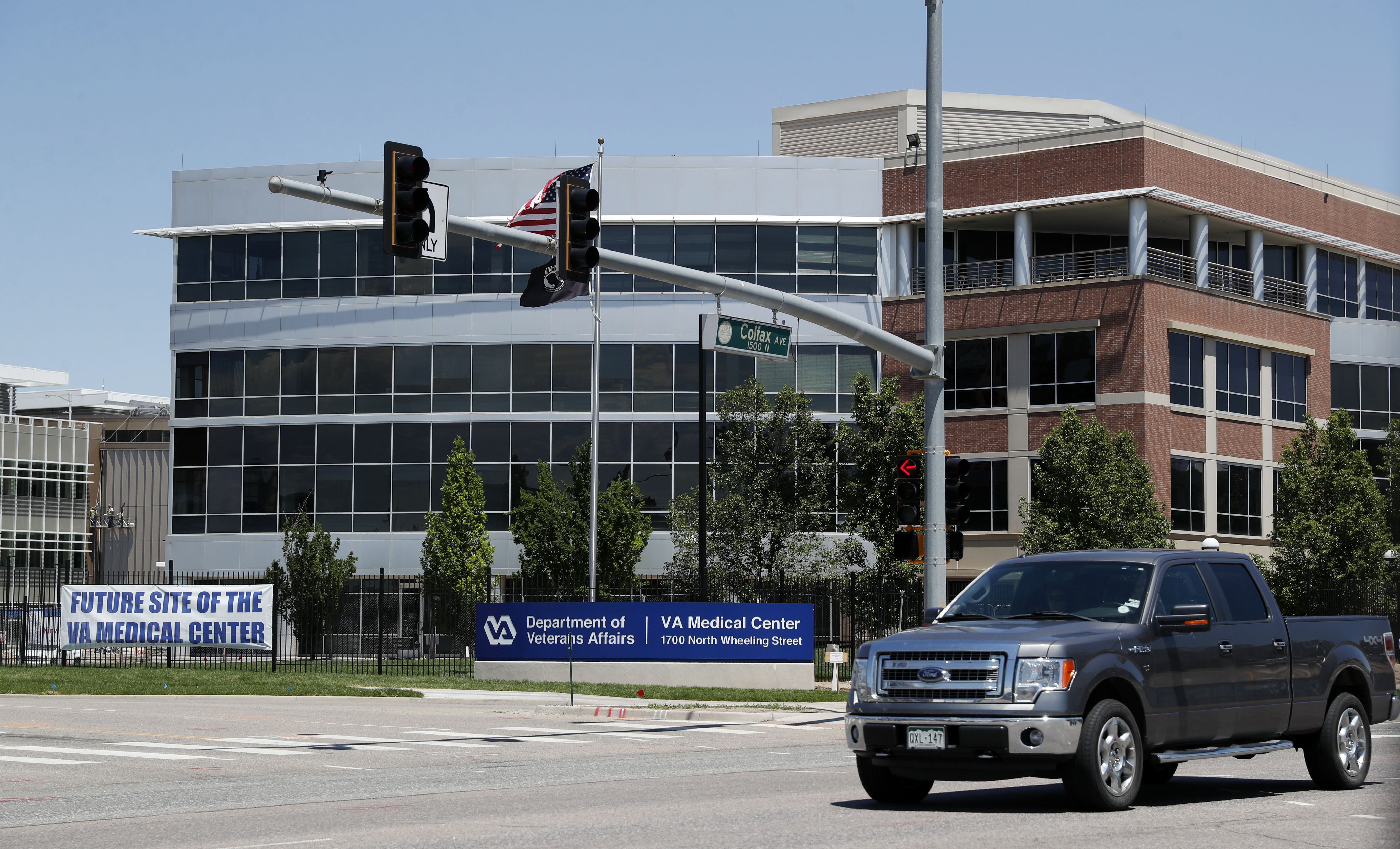 In this June 8, 2017, file photo, the campus of the Veterans Administration hospital is under construction in Aurora, Colo. The center is set to open Saturday, July 21, 2018, years behind schedule and more than three times over budget. The Veterans Affairs Department said in 2009 it expected the hospital to cost about $537 million and be completed in 2013. Multiple investigations concluded the costs got out of hand because the VA went for a lavish design, didn’t oversee the project closely enough, failed to get the designers and builders to agree and tried to use a complicated construction contract that agency executives didn’t fully understand. (AP Photo/David Zalubowski, File)

The bright, airy complex in the east Denver suburb of Aurora is a collection of a dozen large buildings connected by a long, soaring, glass-walled corridor. From above, it looks like square leaves growing from a vine.

Most patients will have private rooms, with space for family to stay overnight. Operating rooms have easy access to the intensive care unit as well as pre- and post-operation rooms.

When it’s in full operation, the new hospital will offer services that the old one does not, including clinics for spinal cord injuries, mammography, PET scans for cancer, prosthetics, and aquatic therapy.

But a post-traumatic stress disorder program will remain at the old campus for now. It was axed from the new facility when the VA tried to rein in soaring costs.

The old hospital is “kind of dingy, depressing,” with a dreary, military feel, says John Keene, a Marine Corps veteran and executive director of Veterans of Foreign Wars Post 1 in Denver.

“I’ve heard anecdotally that some veterans don’t use the VA because just walking into the facility can bring back memories,” he says.

The new hospital should be more inviting, Keene says.

It has been in the works since 2002, when the VA proposed making it part of a University of Colorado hospital then in the planning stages. But the agency dropped that idea when veterans said they wanted a separate facility.

In 2006, the VA hired a design team, and in 2009, the agency estimated it could build the new hospital for $537 million and finish by 2013, according to a government investigation.

Six years later, the price tag had soared to more than $1.7 billion.

What went wrong, according to multiple investigations, was that VA officials opted for a lavish design and tried to use a complicated contract they didn’t fully understand. They failed to get the designers and builders to agree on plans and costs, and they didn’t oversee the work closely enough, investigators said.

Congress was furious, holding multiple hearings and demanding that the VA fire anyone responsible. But in the end, no one was let go or criminally charged . The VA said it was ready to fire one executive and was investigating another, but both retired before the agency could act.

Other officials were demoted or transferred.

Congress eventually agreed to finish the hospital. The Army Corps of Engineers took over construction management and trimmed the final cost by about $400,000, to just under $1.7 billion, according to VA numbers.

Republican Rep. Mike Coffman, whose district includes the hospital, was a dogged critic of the project’s planners and managers but declined to dwell on the problems this week.

“While we can debate the long road it took for us to get here, Saturday will be about the veterans and their families,” he said in an email to The Associated Press.

Keene, the VFW post commander, worries that the public will blame hospital staff for the problems.

“They kind of have a weight around their neck coming out of the gate because of all the cost overruns,” he says, but they’re not the ones responsible.

“Those are good people and they’re trying to do their best,” he says.