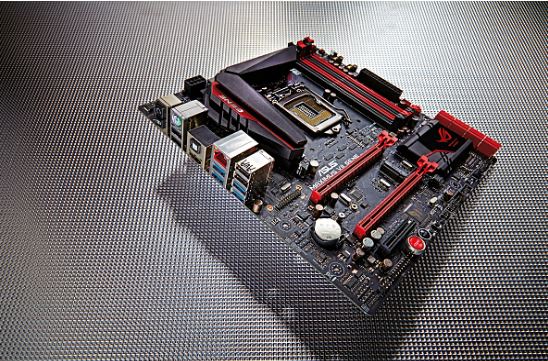 Electronic circuits are found in almost everything from smartphones to spacecraft and are useful in a variety of computational problems from simple addition to determining the trajectories of interplanetary satellites. At Caltech, a group of researchers led by Assistant Professor of Bioengineering Lulu Qian is working to create circuits using not the usual silicon transistors but strands of DNA.

The Qian group has made the technology of DNA circuits accessible to even novice researchers–including undergraduate students–using a software tool they developed called the Seesaw Compiler. Now, they have experimentally demonstrated that the tool can be used to quickly design DNA circuits that can then be built out of cheap “unpurified” DNA strands, following a systematic wet-lab procedure devised by Qian and colleagues.

A paper describing the work appears in the February 23 issue of Nature Communications.

DNA circuits are good at collecting information within a biochemical environment, processing the information locally and controlling the behavior of individual molecules. Circuits built out of DNA strands instead of silicon transistors can be used in completely different ways than electronic circuits. “A DNA circuit could add ‘smarts’ to chemicals, medicines, or materials by making their functions responsive to the changes in their environments,” Qian says. “Importantly, these adaptive functions can be programmed by humans.”

To build a DNA circuit that can, for example, compute the square root of a number between zero and 16, researchers first have to carefully design a mixture of single and partially double-stranded DNA that can chemically recognize a set of DNA strands whose concentrations represent the value of the original number. Mixing these together triggers a cascade of zipping and unzipping reactions, each reaction releasing a specific DNA strand upon binding. Once the reactions are complete, the identities of the resulting DNA strands reveal the answer to the problem.

With the Seesaw Compiler, a researcher could tell a computer the desired function to be calculated and the computer would design the DNA sequences and mixtures needed. However, it was not clear how well these automatically designed DNA sequences and mixtures would work for building DNA circuits with new functions; for example, computing the rules that govern how a cell evolves by sensing neighboring cells, defined in a classic computational model called “cellular automata.

“Constructing a circuit made of DNA has thus far been difficult for those who are not in this research area, because every circuit with a new function requires DNA strands with new sequences and there are no off-the-shelf DNA circuit components that can be purchased,” says Chris Thachuk, senior postdoctoral scholar in computing and mathematical sciences and second author on the paper. “Our circuit-design software is a step toward enabling researchers to just type in what they want to do or compute and having the software figure out all the DNA strands needed to perform the computation, together with simulations to predict the DNA circuit’s behavior in a test tube. Even though these DNA strands are still not off-the-shelf products, we have now shown that they do work well for new circuits with user-designed functions.”

“In the 1950s, only a few research labs that understood the physics of transistors could build early versions of electronic circuits and control their functions,” says Qian. “But today many software tools are available that use simple and human-friendly languages to design complex electronic circuits embedded in smart machines. Our software is kind of like that: it translates simple and human-friendly descriptions of computation to the design of complex DNA circuits.”

The Seesaw Compiler was put to the test in 2015 in a unique course at Caltech, taught by Qian and called “Design and Construction of Programmable Molecular Systems” (BE/CS 196 ab). “How do you evaluate the accessibility of a new technology? You give the technology to someone who is intellectually capable but has minimal prior background,” Qian says.

“The students in this class were undergrads and first-year graduate students majoring in computer science and bioengineering,” says Anupama Thubagere, a graduate student in biology and bioengineering and first author on the paper. “I started working with them as a head teaching assistant and together we soon discovered that using the Seesaw Compiler to design a DNA circuit was easy for everyone.”

However, building the designed circuit in the wet lab was not so simple. Thus, with continued efforts after the class, the group set out to develop a systematic wet-lab procedure that could guide researchers–even novices like undergraduate students–through the process of building DNA circuits. “Fortunately, we found a general solution to every challenge that we encountered, now making it easy for everyone to build their own DNA circuits,” Thubagere says.

The group showed that it was possible to use cheap, “unpurified” DNA strands in these circuits using the new process. This was only possible because steps in the systematic wet-lab procedure were designed to compensate for the lower synthesis quality of the DNA strands.

“We hope that this work will convince more computer scientists and researchers from other fields to join our community in developing increasingly powerful molecular machines and to explore a much wider range of applications that will eventually lead to the transformation of technology that has been promised by the invention of molecular computers,” Qian says.